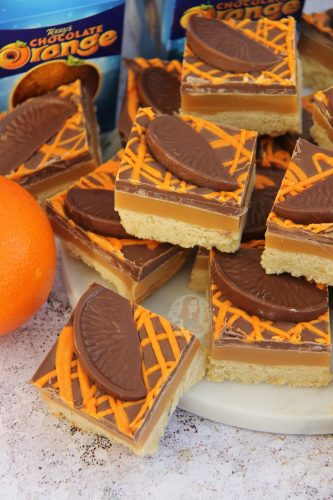 So, yeah… Chocolate Orange themed Millionaires Shortbread anyone?! Honestly, I have wanted to post this recipe FOR SO LONG but I wanted to hold off till Christmas time. I simply adore Terry’s Chocolate Orange and I simply adore Millionaires Shortbread, so this recipe was a bit of a given. I’ve made this several times, and I adore the extra Orange in the shortbread, rather than just the chocolate orange melted on top.

I decided to go quite similarly along the lines of my Salted Caramel Millionaires Shortbread as the recipe is just so popular and works so well. It was quite simple to adapt to make it Christmas themed by using Terry’s Chocolate Orange on top, and drizzling over some Orange Coloured chocolate as well. Also, using the Orange flavouring in the shortbread gave it that extra kick I wanted. Of course, this is optional, but its OH SO YUMMY and moreish. When I gave these to my Trusty Taste Testers, they devoured them. I realise I say this a lot, but I have a hungry bunch of Taste Testers, and if they don’t like something, they do say! 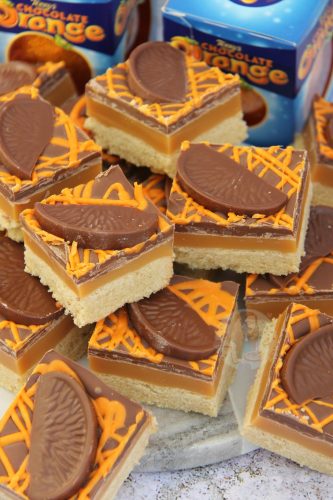 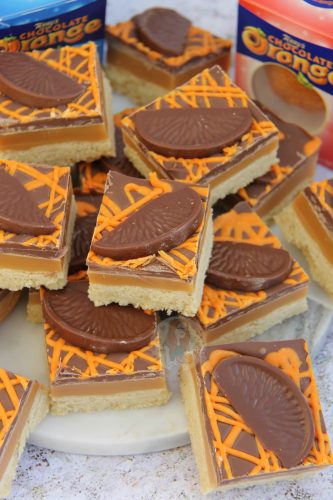 I obviously used Terry’s Chocolate Orange, but you can use whatever flavoured chocolate you like. Even the Lindt chocolates for example, or a flavoured cadburys chocolate!

For the caramel, you REALLY have to work on it. You can’t use a tin of carnations caramel and stick it on top as it doesn’t set. You can’t really skip the steps, as it really is a caramel. I don’t often make my caramels from complete scratch as many of my readers prefer the easier versions, and I get that. You have to make sure to stir the caramel a lot to prevent it from catching and burning. I use a medium level of heat, and a larger pan so its easier to stir. You have to be careful as it obviously does get VERY hot, but its worth it. It is delicious and heavenly. 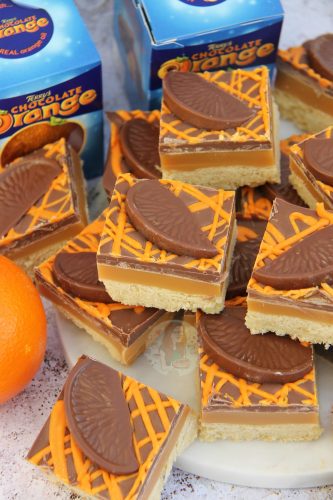 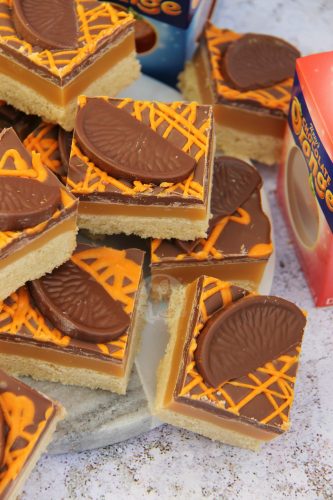 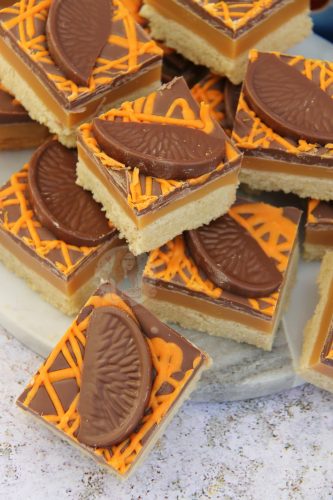 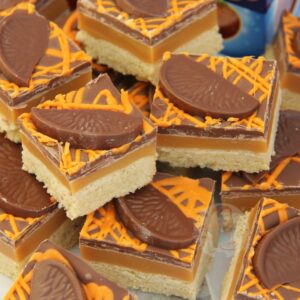 Find my other Traybake & Christmas Recipes on my Recipes Page!