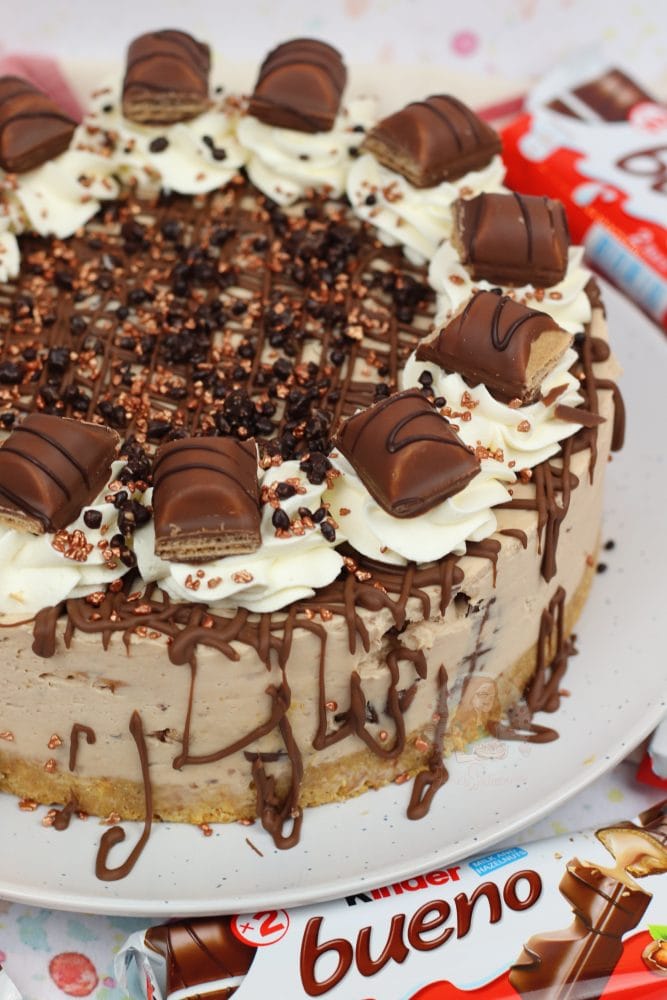 So, I knew this recipe had to happen soon. I have had SO MANY REQUESTS for this I can’t actually count them anymore! I used to refer people to my Ferrero Rocher & Nutella No-Bake Cheesecake, because Ferrero and Kinder are actually quite similar nut wise, and flavour wise, so its easy enough to swap out the Ferrero Rocher, and put in the Kinder Bueno.

HOWEVER, after using the Kids Kinder Chocolate bars you can buy in my Kinder Bueno Cupcakes for the buttercream, I knew melting them down and flavouring a cheesecake mix would work as well! Honestly, it makes it a completely different taste to just regular Milk or Dark Chocolate!! 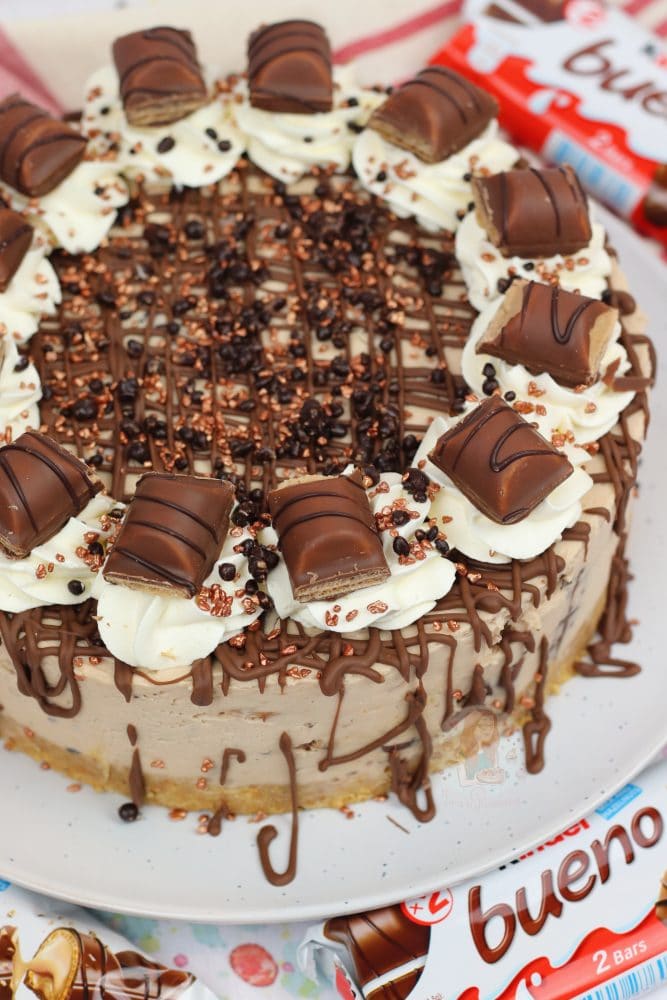 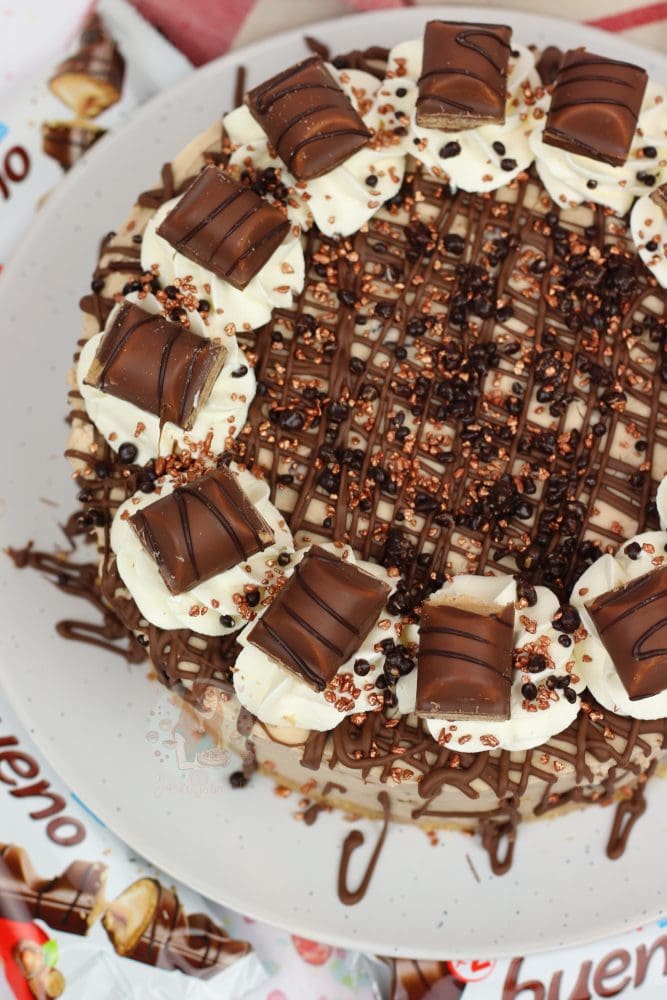 I went for my usual style of No-Bake Cheesecake as they’re oh so popular still, and they always work for me. A similar style to my No-Bake Terry’s Chocolate Orange Cheesecake, I used a Digestive biscuit base (use any biscuit you like really, but if its a filled biscuit like an Oreo, reduce the butter to 125g) and then topped it with the creamy and delicious filling.

A mix of Full-Fat Cream Cheese, Icing Sugar, Double Cream, and Vanilla is the perfect vanilla cheesecake; but adding in the Melted Kinder Chocolate gives it a light but delicious hint of a flavour of Kinder Chocolate. Folding through the Kinder Bueno was just heavenly. 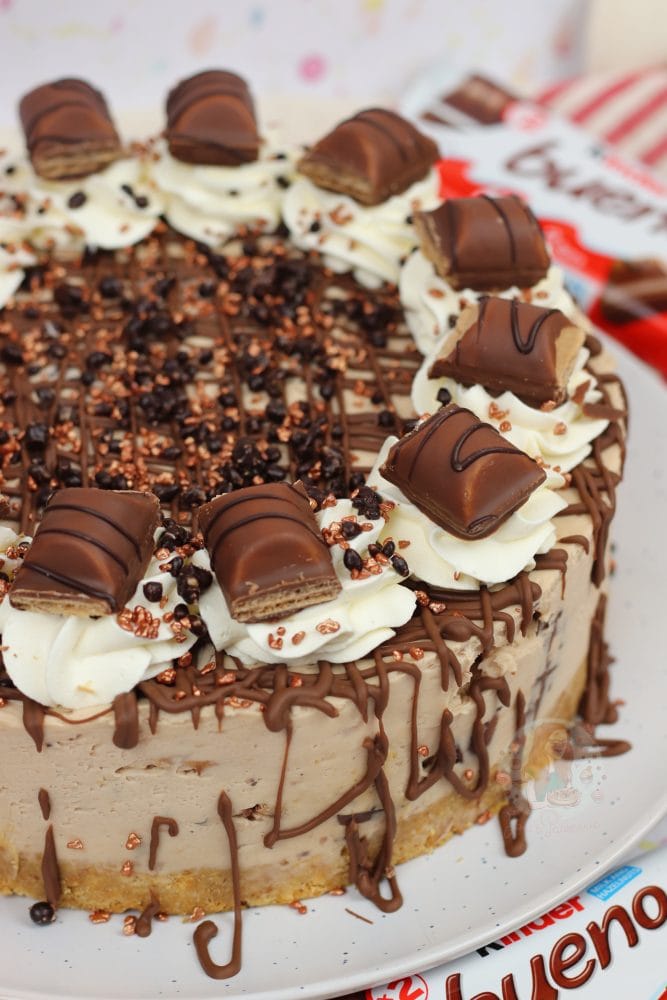 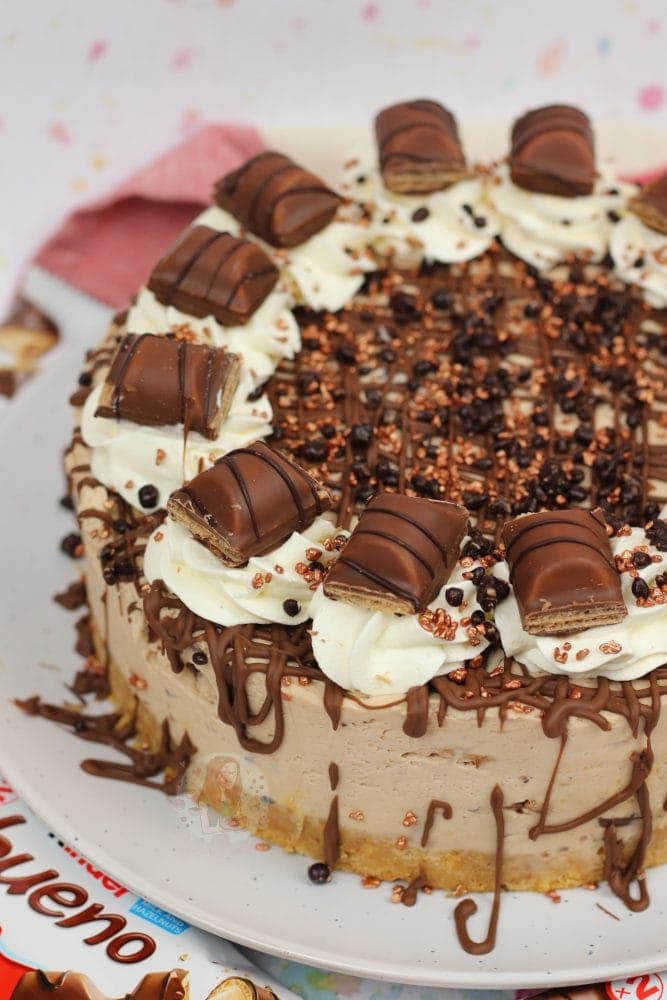 You can of course use normal Milk Chocolate in the Kinder Chocolates place if you wished, but I love the flavour of the Kinder Chocolate. It does cool quite a bit quicker compared to normal chocolate, so I only waited about a minute before I poured it into my Cream Cheese mixture. You don’t need it to be stone cold (and therefore solid) by any means, but it just can’t be fresh out of the microwave hot!

I made a Video for this recipe on my Youtube channel, and I always have to speed up my videos (Kinda like those Tasty ones you see on Facebook?) as you can only watch sooo much of whisking a mixture. However, you can see the order in which I add the ingredients, and that I use a stand mixer and the whisk attachment. 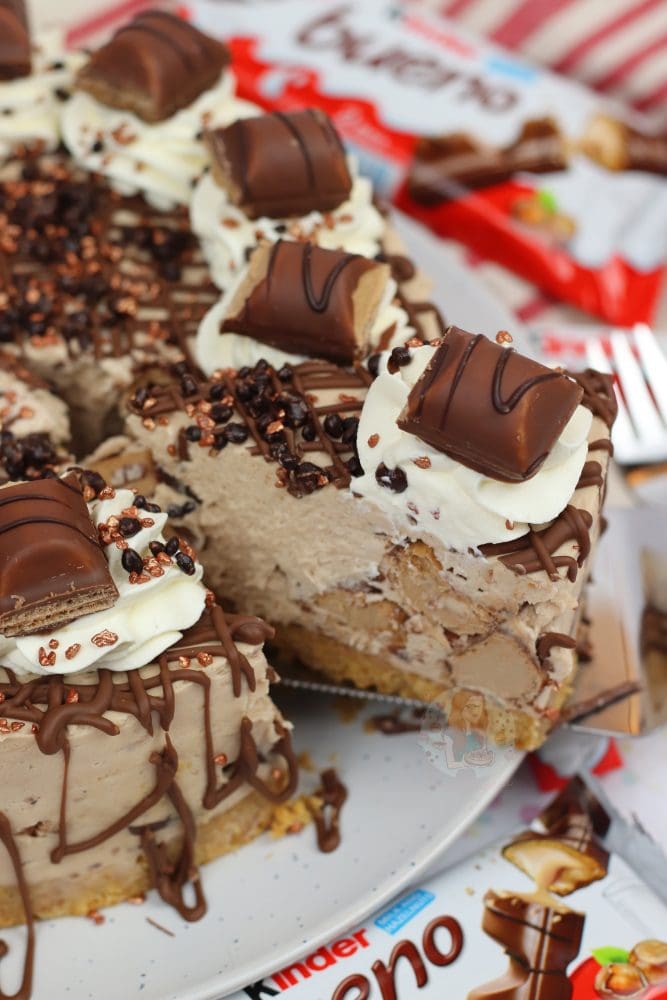 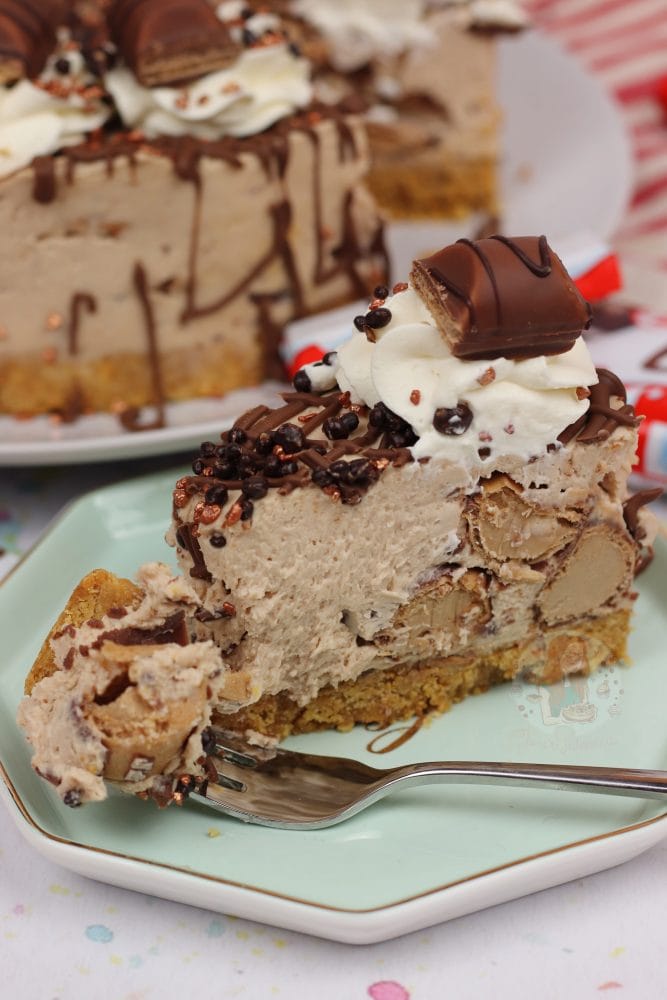 If you are using a Hand Whisk instead of a stand mixer, try not to whisk it tooooo fast as the surface area in which its whisking is smaller, so it can be more likely to split! Stay patient, and you’ll have a delicious pud! I wouldn’t really recommend whisking by hand, as you arm is going to probably fall off by the end of it, and I don’t think you would be able to get it thick enough!

Yes, the Kinder Bueno in the middle goes ever so slightly soft after its been sat in the cheesecake mix for a while, but it’s not the end of the world. It’s there for flavour, but if you don’t want to use them in the middle then you don’t have to! It’s optional. I really hope you enjoy this recipe! x 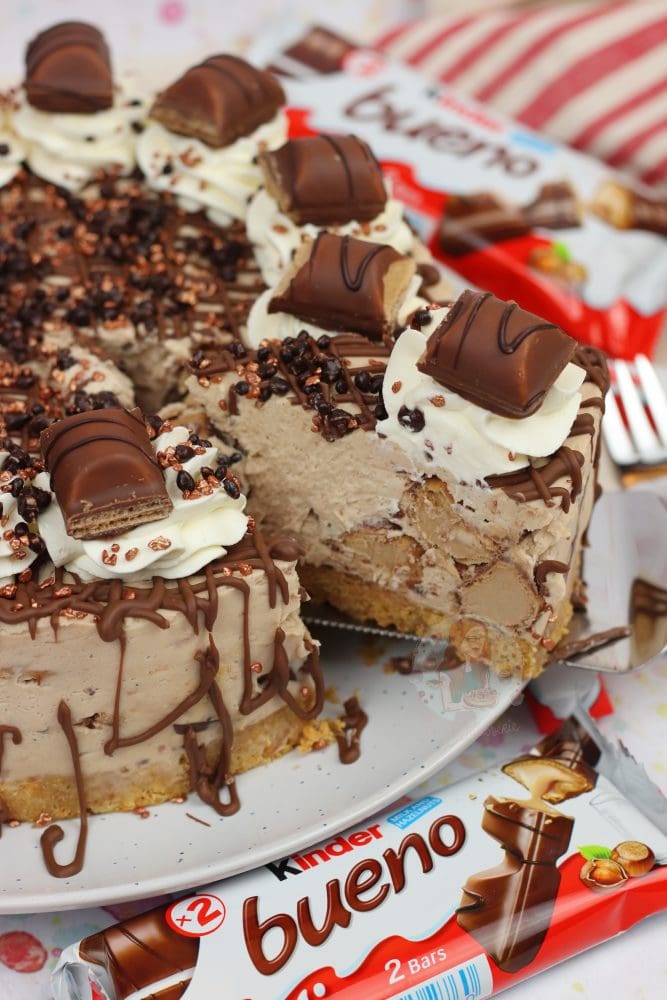 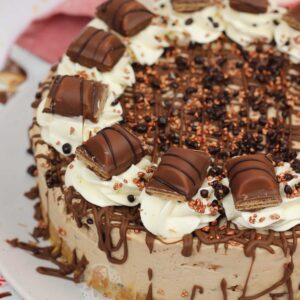 To make the Cheesecake Base

To make the Cheesecake Filling

To decorate the Cheesecake