Delicious, Sweet, Cinnamon Doughnuts perfect for a little treat. Baked rather than Fried, with a Cinnamon Sugar Coating!

So I always ask or recipe suggestions as I have my own ideas, but then sometimes I like to do exactly what you guys want. One thing that has been mentioned quite a few times, is doughnuts (or donuts for those who spell it that way!).

I have always been a doughnut fanatic, and I will eat FAR TOO MANY of them when I’m given them, so I thought if I baked them… they might be ever so slightly healthier? This is of course me just making excuses, but honestly? They’re so delicious it might be true.

I went for a baked doughnut, as not everyone has the ability to be able to fry doughnuts in their home, and some people just don’t want to use that much oil. When frying doughnuts in oil, you don’t actually end up consuming oil, but I get that its just not that appealing to some people! Therefore, baking them makes them easier, lighter, and delicious so I hope you guys like this version. 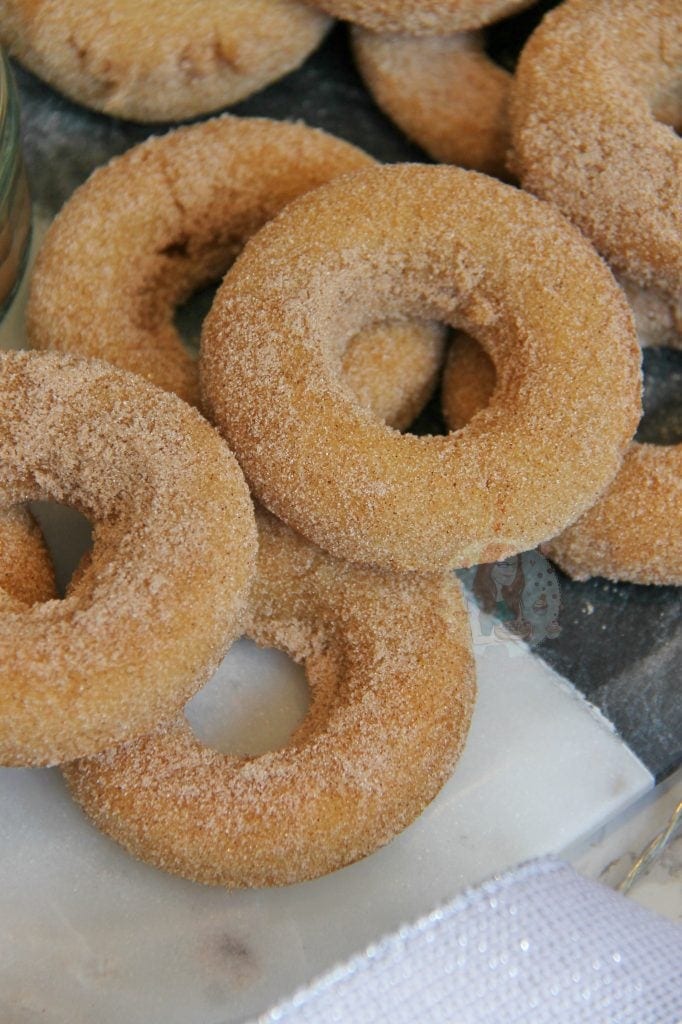 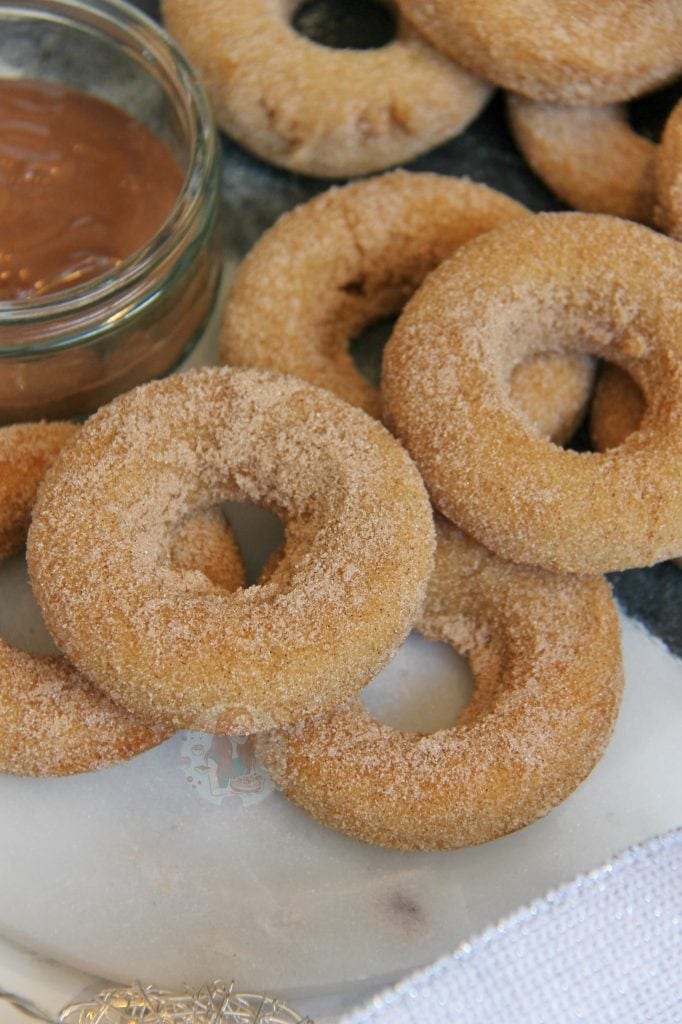 I used a Mini Doughnut Mould for this recipe as its the perfect size for baking in the oven. I call them mini as they are smaller than the standard doughnut you would buy in the shop – but they’re not THAT mini. They’re still a decent serving size!

I went for a Cinnamon theme as well so that you all can start getting into the Christmas spirit with me, as it is November now after all. You can swap it about, and even use a Ginger flavour for example.. but cinnamon works so well. I often treat myself to a fresh pretzel when I find somewhere selling them, and I ALWAYS get the cinnamon sugar coating as its just dreamy.

One thing I really do recommend for these, if you adore chocolate like I do, is having some melted chocolate to dip the doughnuts into when you’re eating them. I tried a couple of the doughnuts when they were still warm and ohmydays I melted slightly as they were just that delicious.

I make a decent amount of Cinnamon Sugar to coat these in, as you physically need enough to be able to turn the doughnuts in, but you probably will have some left over. As its basically just Cinnamon flavoured Caster Sugar, you can easily keep it and use it in a cupcake recipe! I hope you love these as much as I certainly did! Enjoy! x 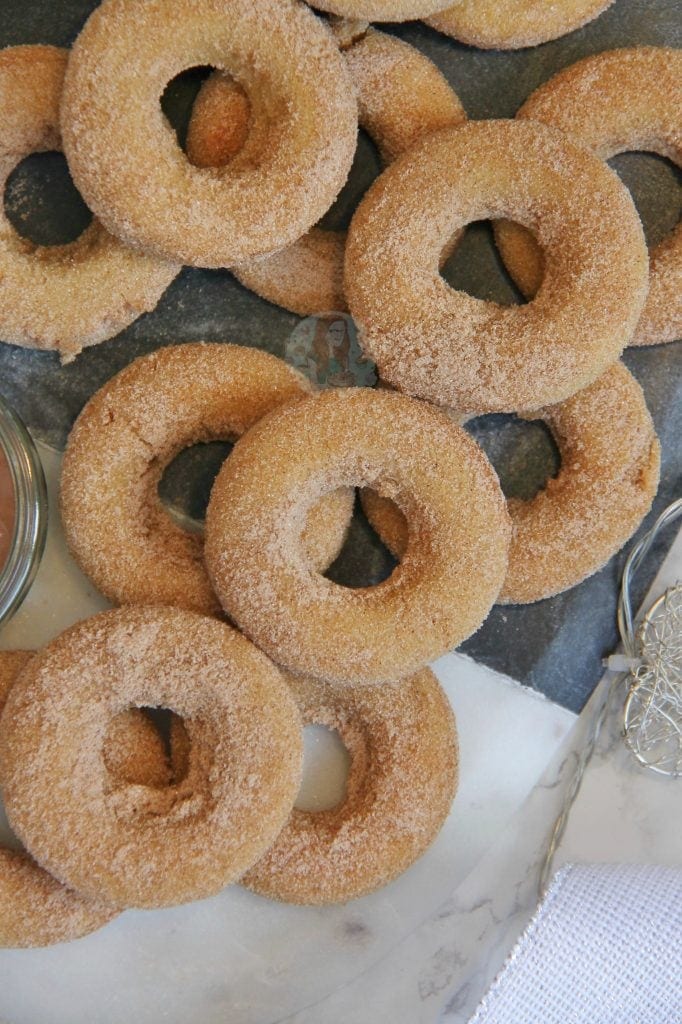 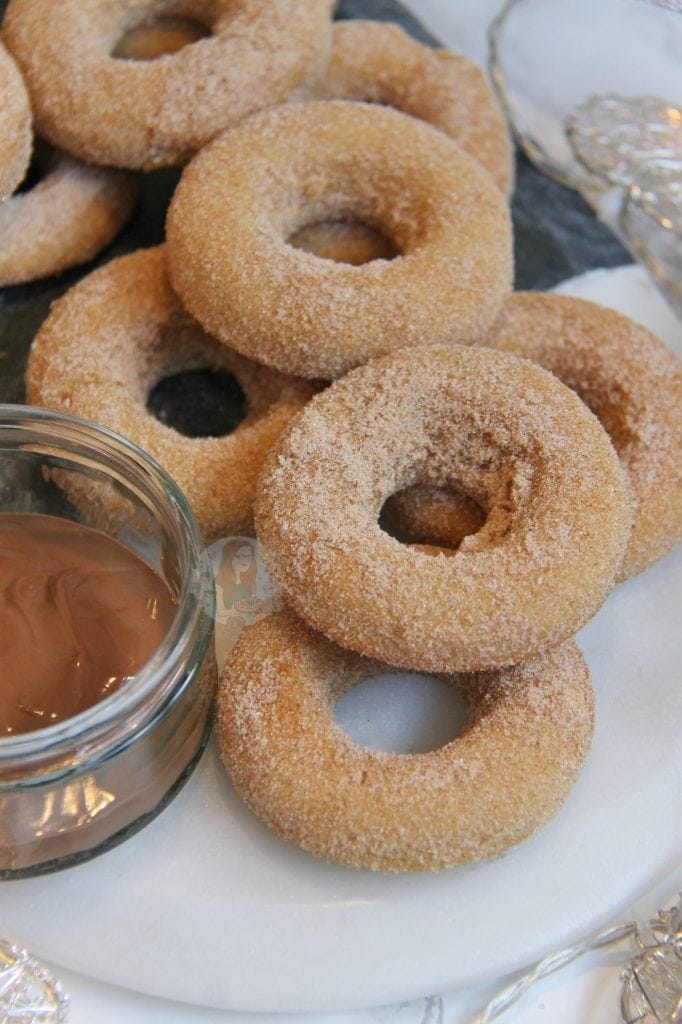 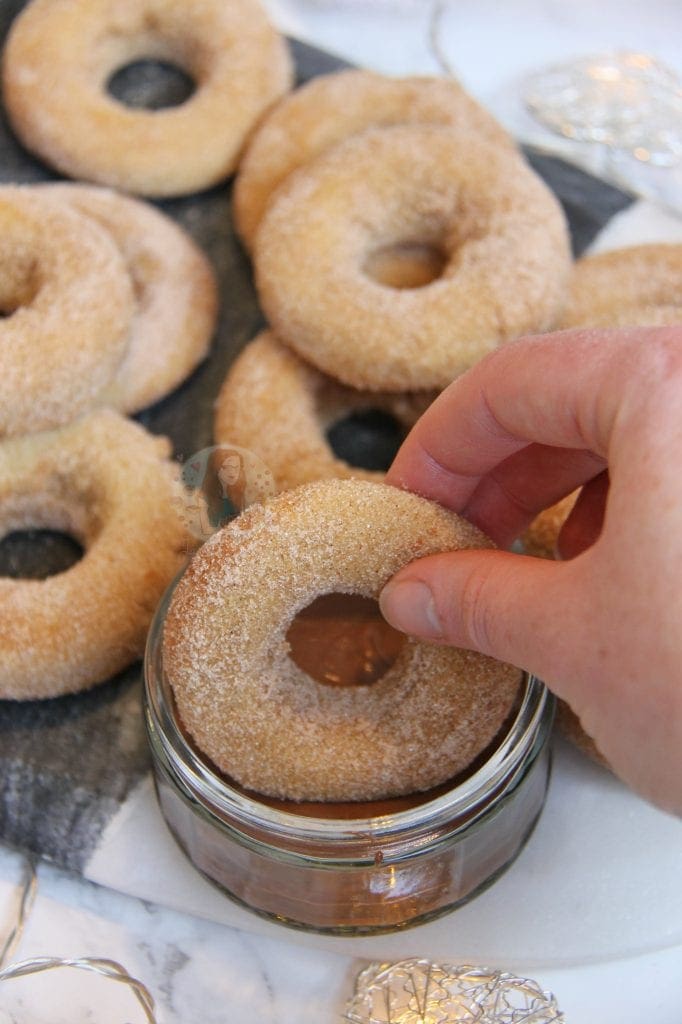 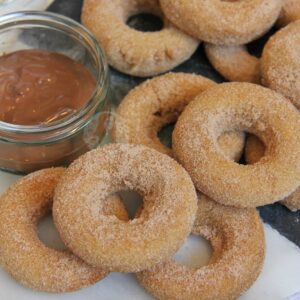