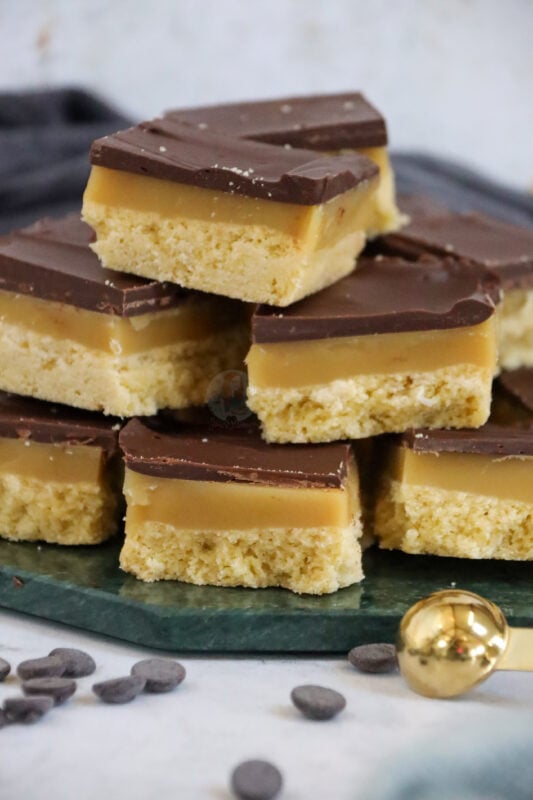 I think I have lost count of how many millionaires shortbread themed recipes are on my blog… even if they’re the cake form, or the cupcake form, I have SO MANY. I just adore it. However, none of them are vegan so far!

This is partly because I am not vegan myself, so I have never needed to bake any.. but it’s also because for these, using vegan alternatives makes it harder as they can be harder to come by. Regular condensed milk is available in all shops – and so easy to find. Vegan condensed milk? Very few shops sell it in comparison! 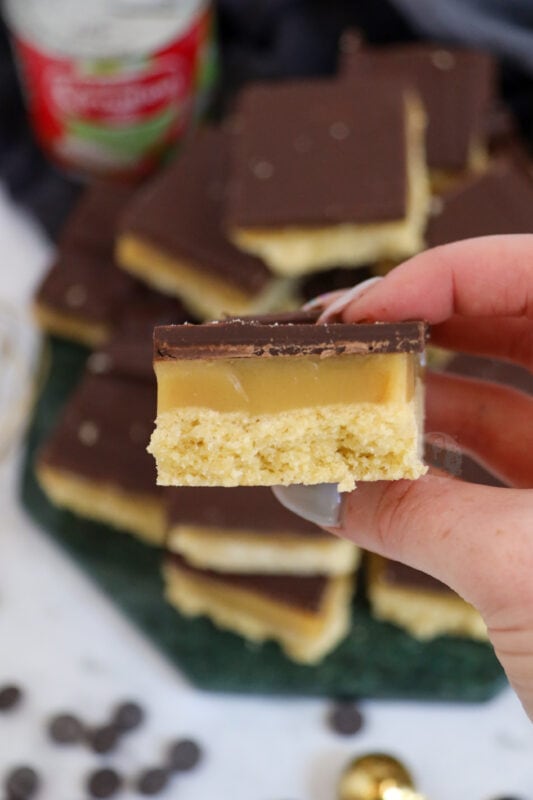 I have seen many vegan millionaires shortbread recipes now that use medjool dates, cashew nuts, maple syrup etc… and whilst I have literally no issue with this whatsoever, they’re just not ingredients that I commonly buy for my baking. 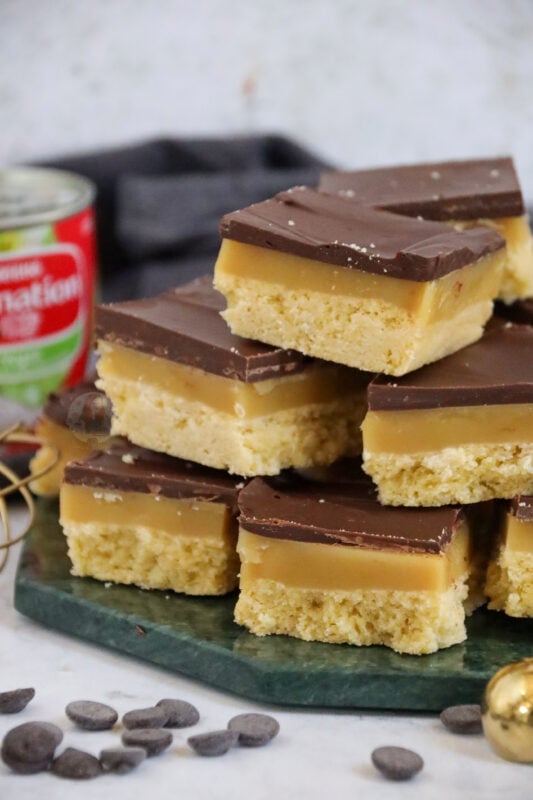 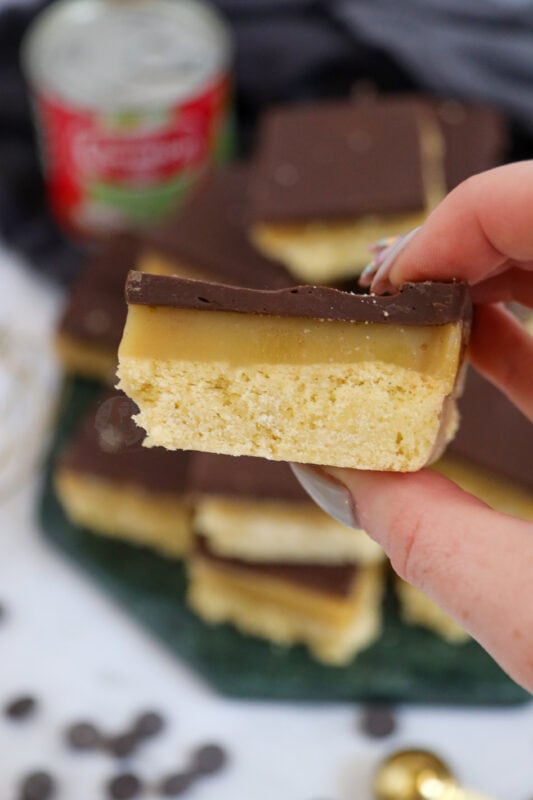 My shortbread base for this recipe is the exact same as my other millionaires recipes, apart from the butter I use. I used the Stork block for these as it’s a very good dairy free & vegan butter that’s firm, and found in most supermarkets! You may think “STORK ISN’T DAIRY FREE?!” but the foil kind is! It’s amazing.

The only difference in how you make the shortbread, is that I found it’s better if you bake it for a smidge longer than the usual shortbread recipe! It may be because the butter is softer than normal butter is, but who knows… a couple more minutes doesn’t hurt! 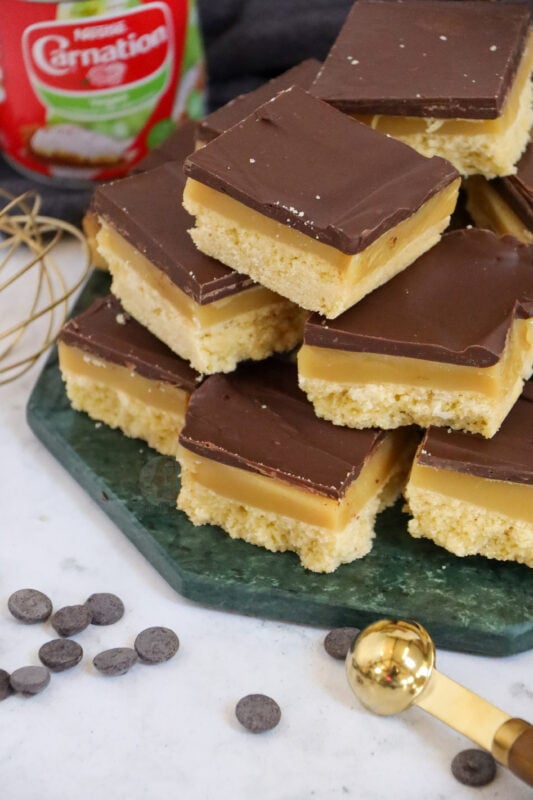 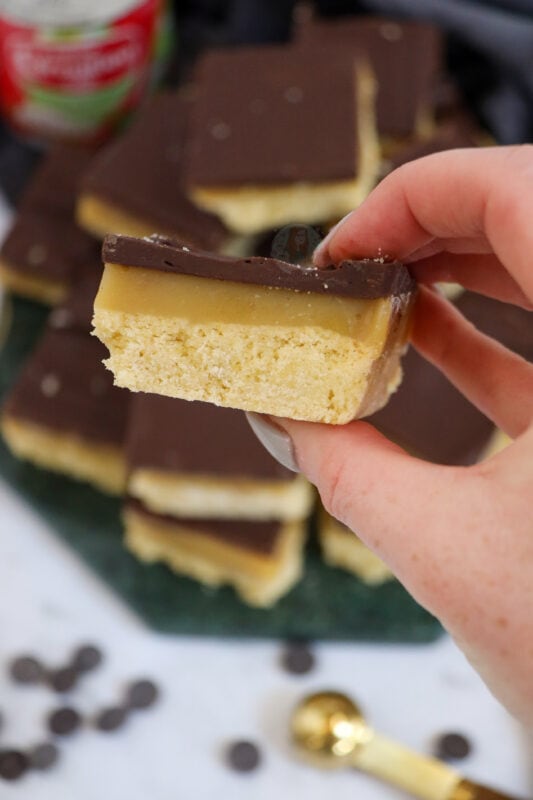 For the caramel, it’s similar to my other recipe on my millionaires flapjacks, but actually quite different. I tried this caramel several different ways, but finally cracked it! For the butter, I used the Stork block again, and then also this amazing vegan condensed milk.

Honestly, it’s a little life changing.. and it works wonderfully. I had to change the quantities of the other ingredients that I’ve used ever so slightly as the tin size of the vegan condensed milk are different (smaller), but otherwise the ethos is the same! 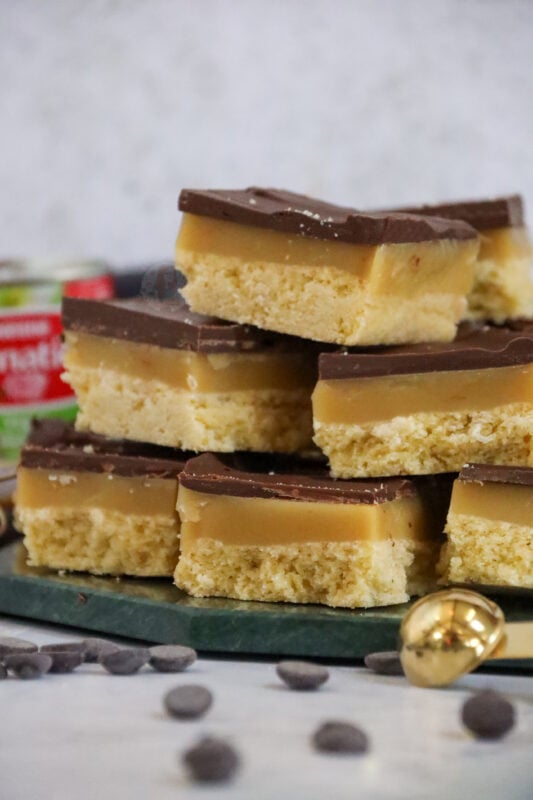 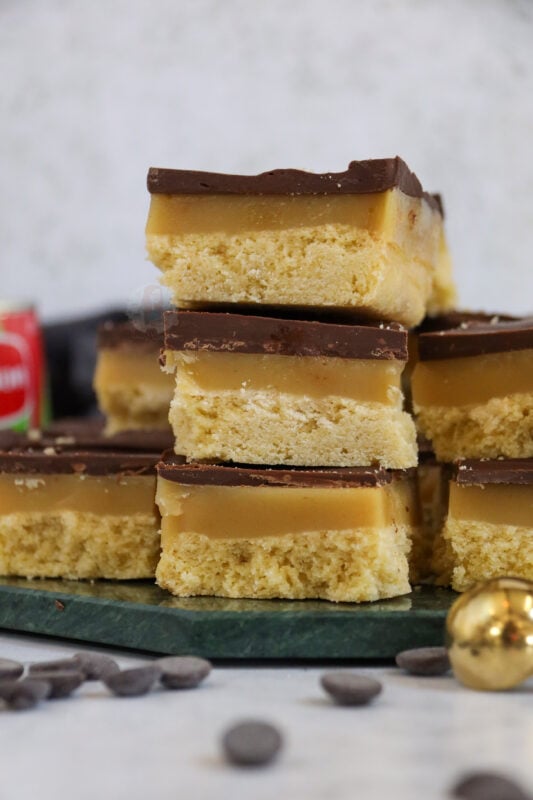 I tried using my other caramel from most of my other millionaires recipes such as my Mini Egg millionaires, but I just didn’t like it as much. It didn’t set as well for me, and the colour was too light. Doing it this way, with the light brown sugar means you get a much better caramel with the amazing vegan condensed milk.

You have to be careful when making this caramel, as always! You want the temperature of the caramel to be about a medium heat, and definitely not really high. You must keep stirring, ensuring nothing is being left on the bottom of the pan so you don’t get any burnt bits in your caramel! 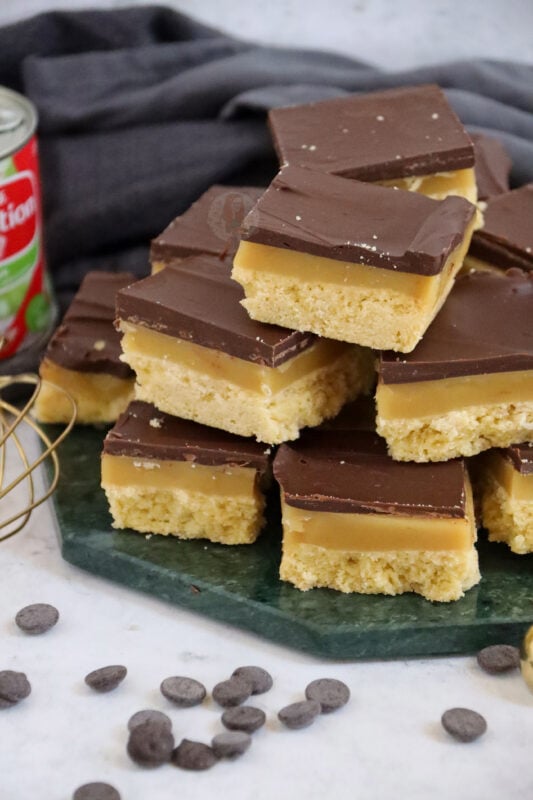 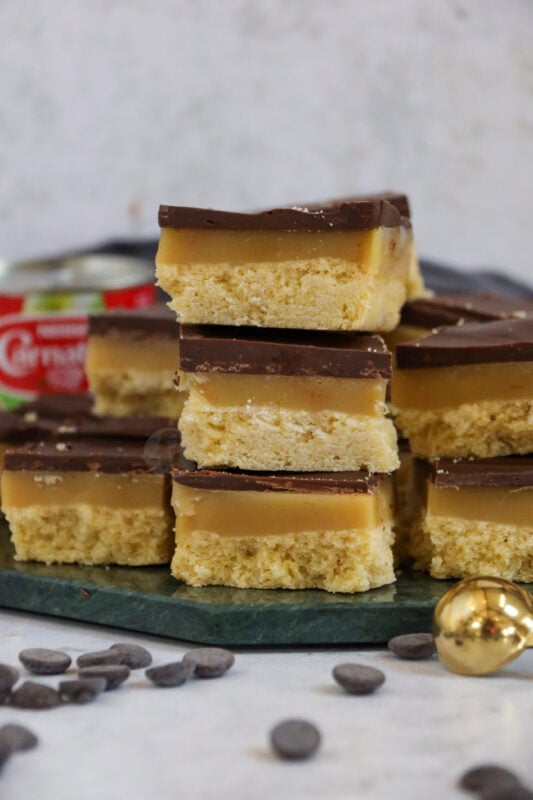 I liked to keep my vegan millionaires simple as the caramel and dark chocolate with the buttery shortbread compliment each other so well, they don’t need any other additions. You can add anything you wish as extra to make the bake look lovely and pretty! I hope you love this recipe as much as I do! Enjoy! x 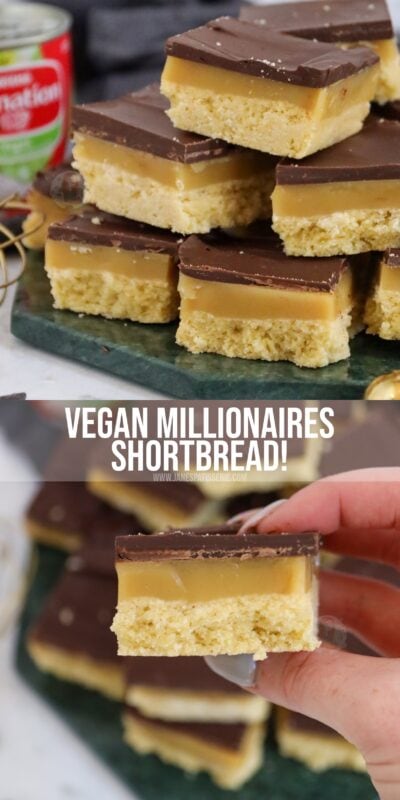 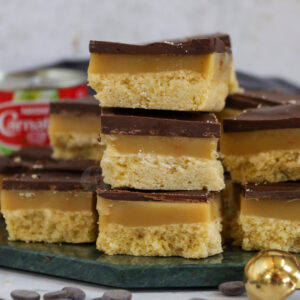