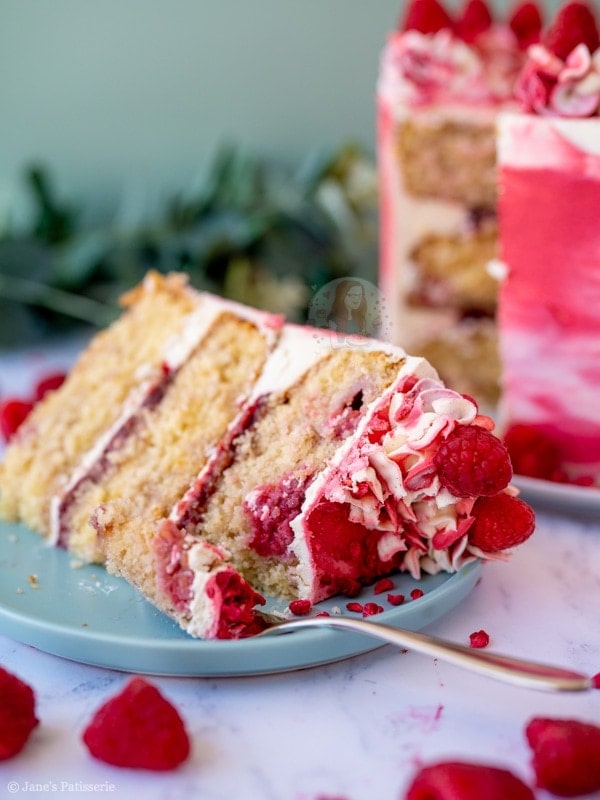 So… raspberry ripple cake anyone?! Honestly… I just love this cake straight from the start. We need to appreciate just how beautiful a bake it is because look at that smudged beautiful buttercream pattern on the outside!

This is a cake that looks spectacular, is such a showstopper, but is actually so easy to make! The smudge effect with the buttercream definitely changes the aspect of the bake so quickly, and I am here for it! 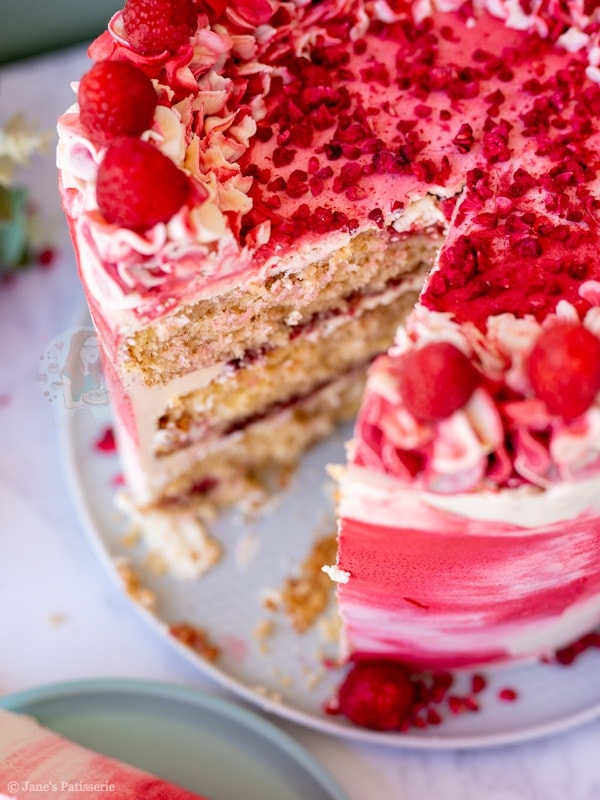 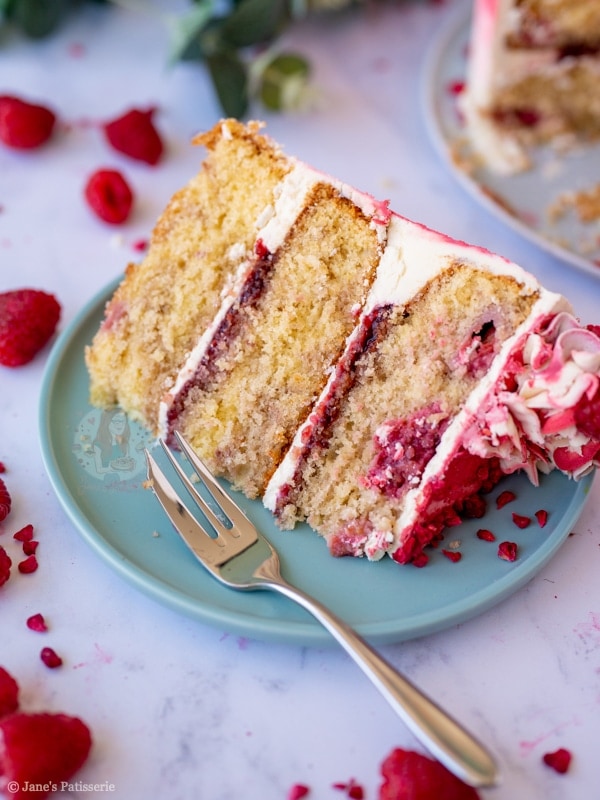 For this cake, which had been requested so. many. times. I wanted to go a little bit all out, but not just do the same as I normally do! I always have the fear that a cake will look too plain but it most certainly does not!

For the sponge I decided to use a basic cake mix (I tend to use a 400g mix for three layer cakes as I find it works best!) in my standard three eight inch tins – I nearly always bake my cakes into 8″ tins as I find it suits me best! 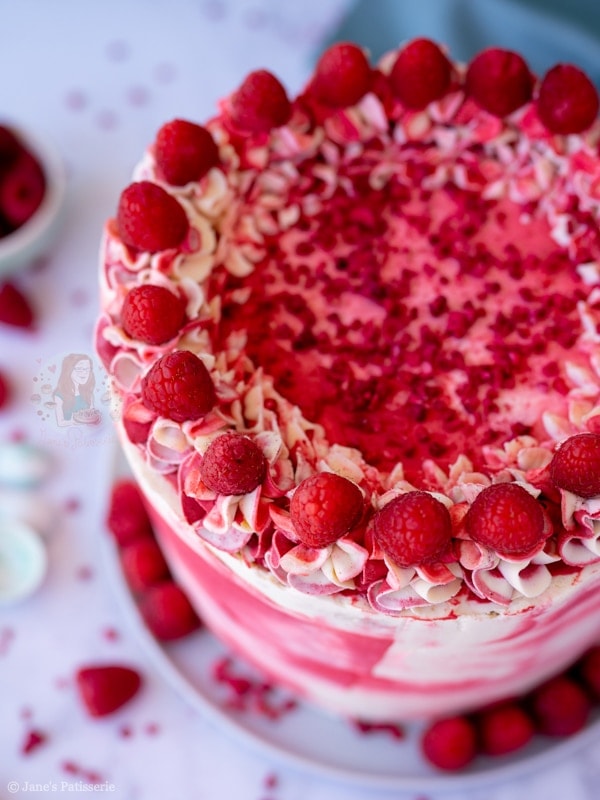 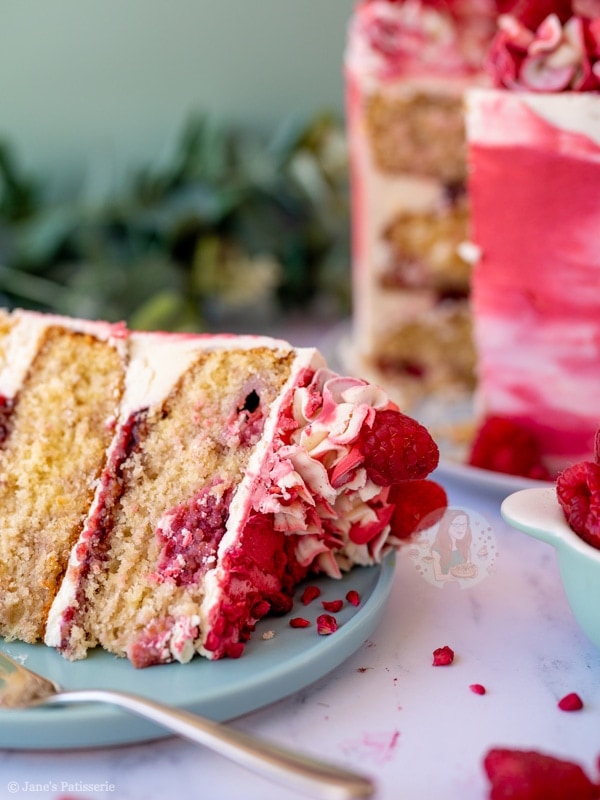 I used caster sugar in this sponge as I wanted this recipe to be lighter in colour, and then put in some fresh raspberries (not too many to make the cake too soggy), and a swirl of some raspberry coulis!

The raspberries and coulis are optional – but it adds a smidge of flavour, and it adds just even more raspberry! I would struggle to call this a raspberry ripple cake if it wasn’t raspberry enough!! 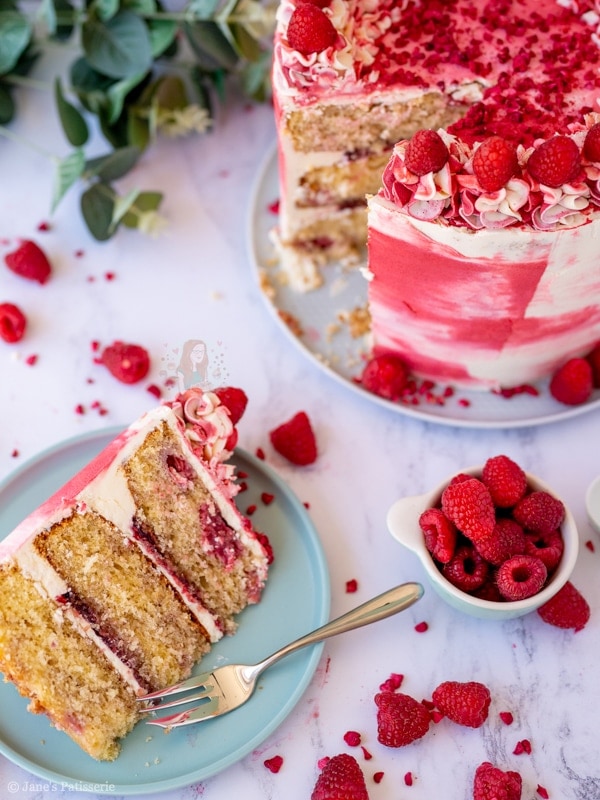 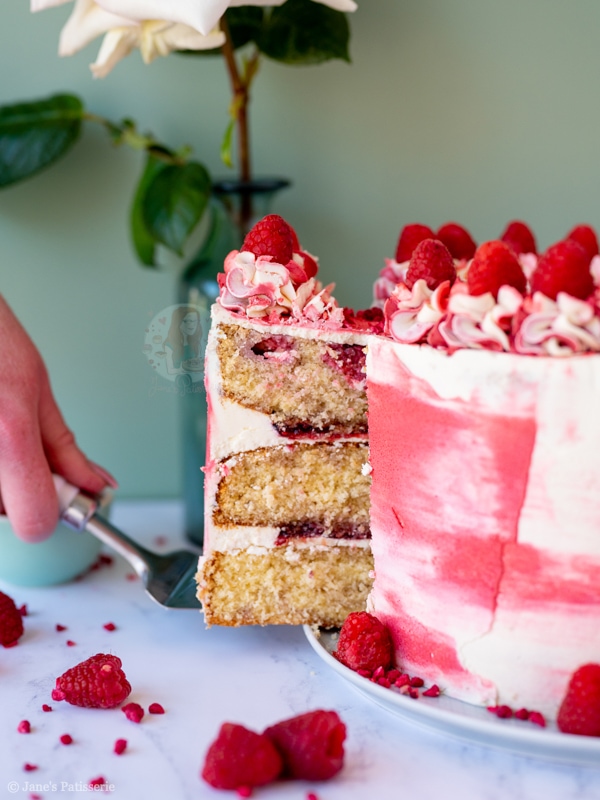 The risk in adding in jam or coulis to the buttercream frosting (other than it changing the colour!) is that it will loosen the buttercream for this decoration too much. You want the buttercream to be stiff on this cake so that it can stick to the sides and hold up without falling down! 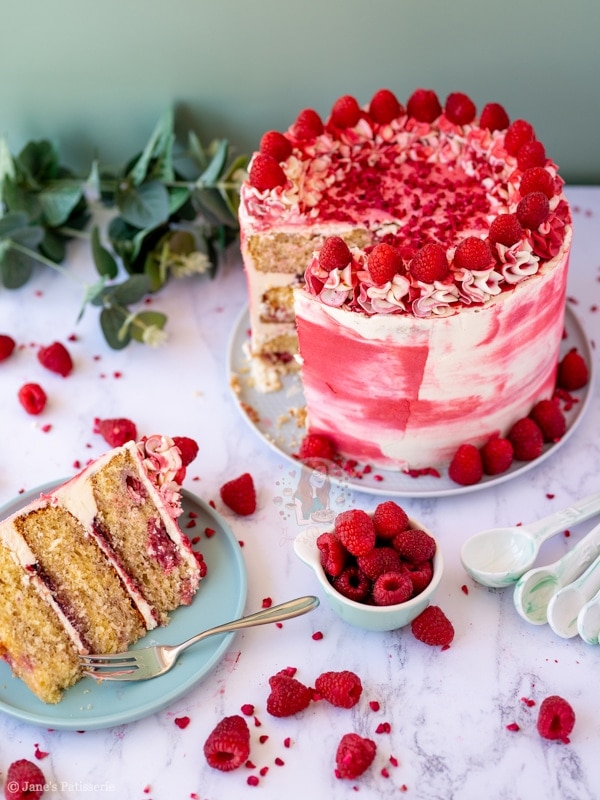 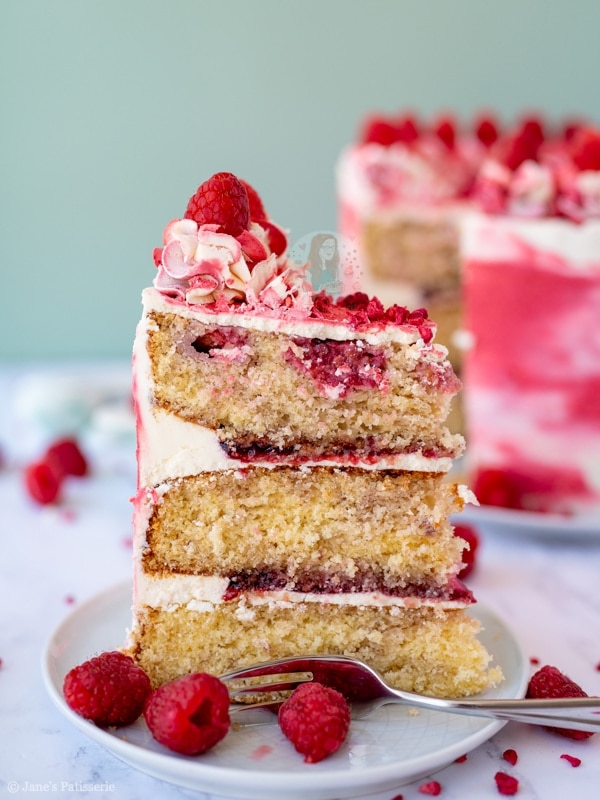 I thought using a colour scheme would be better for the decoration, and to get the smudged effect really is so easy. You do not need much buttercream at all to be coloured red as a little goes a long long way! And the good thing is, you can use it for the decoration on the top of the cake too!

Literally add on small smudges of red buttercream onto the white buttercream you have already done, and smooth around the edge of the cake until it creates a smooth smudged surface! I used this large metal scraper when I made this cake, and it really is the best thing for it! 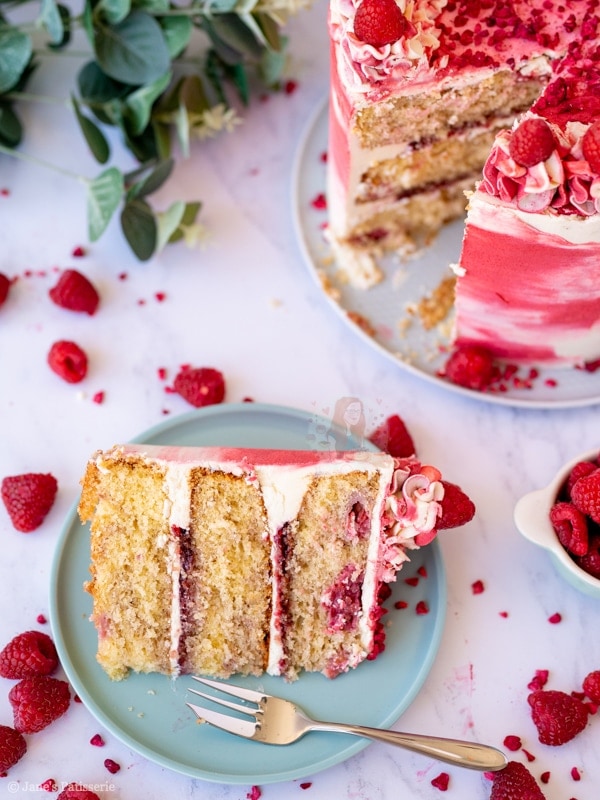 I didn’t add a drip to this cake as I did only really want the flavour to be raspberry – but feel free to add what you want! You can do whatever you want decoration wise – but I thought this was beautiful and I didn’t want to change it too much!

A little sprinkle of my favourite freeze dried raspberries as always – because I can’t resist them on any type of bake – let alone a raspberry themed bake, and then some fresh raspberries on top too, with the leftover buttercream. I love the recipe – and I hope you do too! 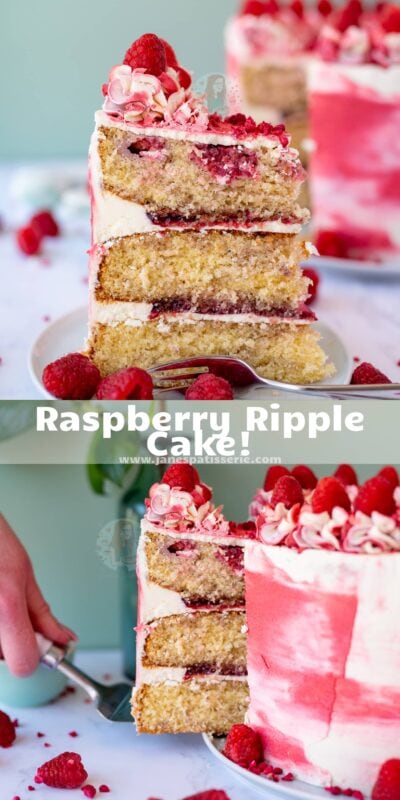 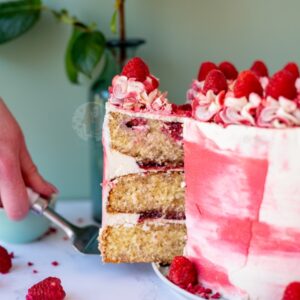