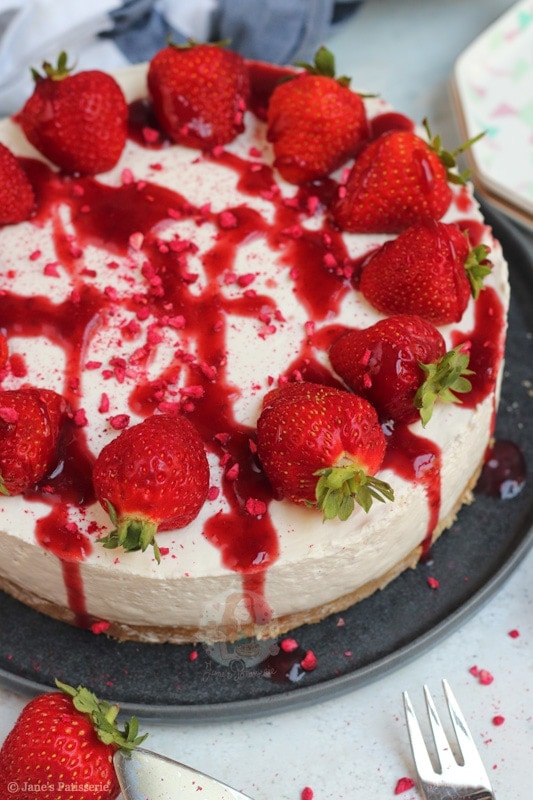 So, let’s be honest here and say that I am a very big lover of all things cheesecake. I have published well over 70 recipes now that are cheesecake related and I am not sorry about it… I love it. However, none of them are vegan.

So.. I have had request after request for a vegan cheesecake and it is finally here!! Celebrate, party… eat cheesecake! But I will say one thing, this is not a ‘raw’ cheesecake. It is a substitute cheesecake.

This basically means that I have done my absolute best to get this to be as similar to my no-bake vanilla cheesecake as I possibly can, by using lovely supermarket substitutes! However, if you would like a ‘raw’ version, then let me know!! 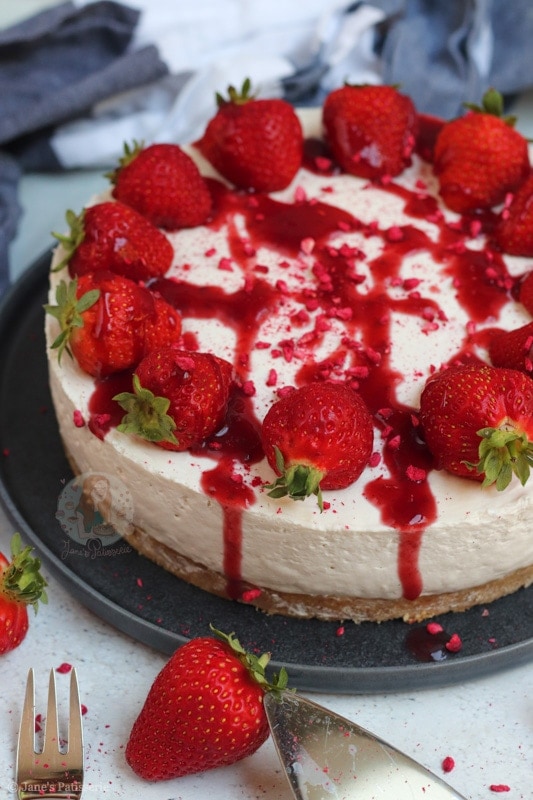 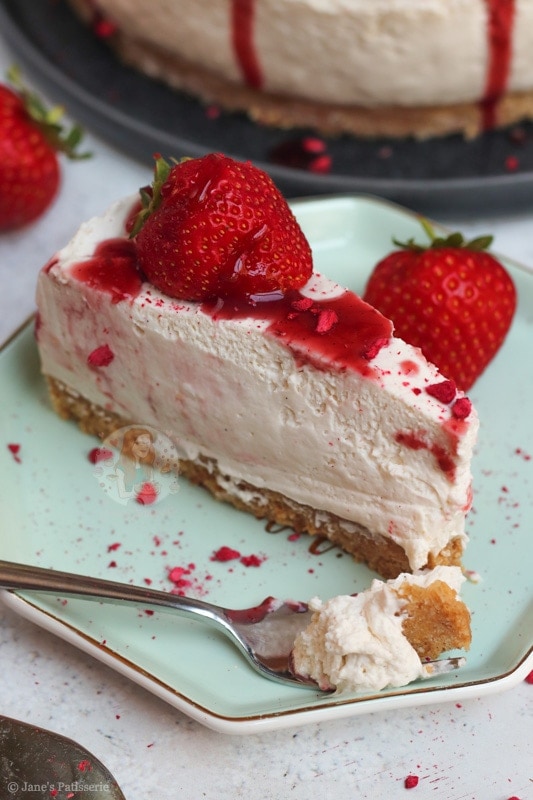 Typically when you make a cheesecake you would use a biscuit base, more commonly digestives, and then butter. This bit is quite easy to make vegan – you just need to use vegan biscuits and vegan butter! I just use any vegan digestives I can find, and then I tend to use Stork Block (not the tub) as my butter personally.

For the filling, you follow the same idea of cream cheese, cream and sugar being the base. As this is a vanilla cheesecake, you naturally add in the vanilla too. I have never found a problem with any vegan cream cheese – some are more solid than others, but most I have tested have worked well.

My personal favourite was the Violife based cream cheese – but I have seen a few more out there. It is more pricey, which is annoying, but you still want to stick to about 500g if you can for the depth of cheesecake! 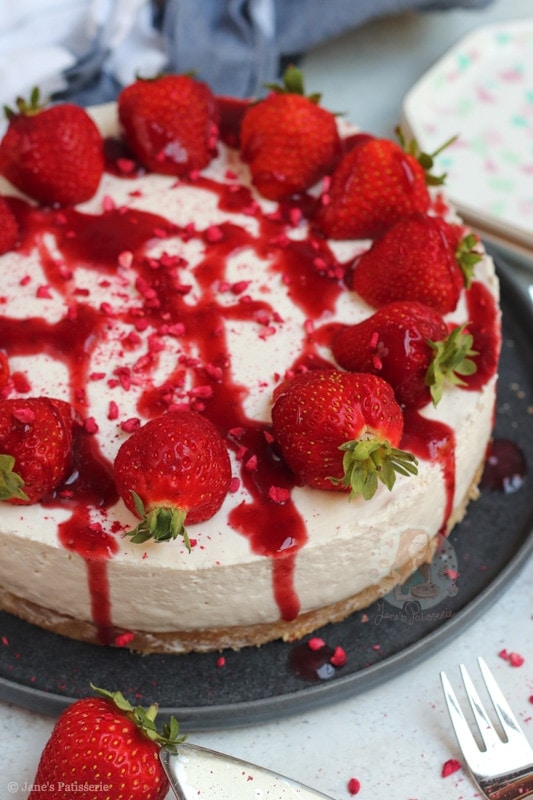 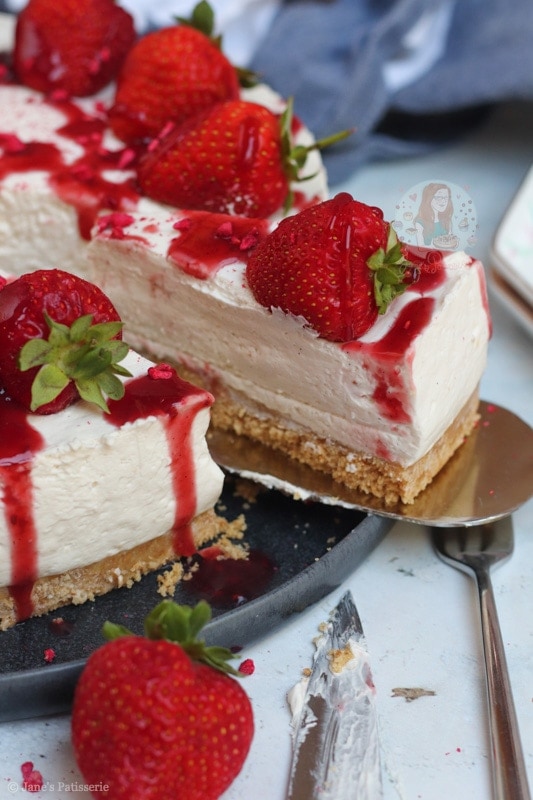 I found the cream the hardest part of all of this – as a large number of vegan creams are single cream style, or just don’t work. Recently though, I found Elmlea plant alternative double cream – and that is by far my favourite!

You really do need a vegan cream that can whip (single creams don’t work) – or you can use coconut cream like I do in my Pina Colada Cheesecake, or Bounty Cheesecake – you will just be very coconut heavy then! 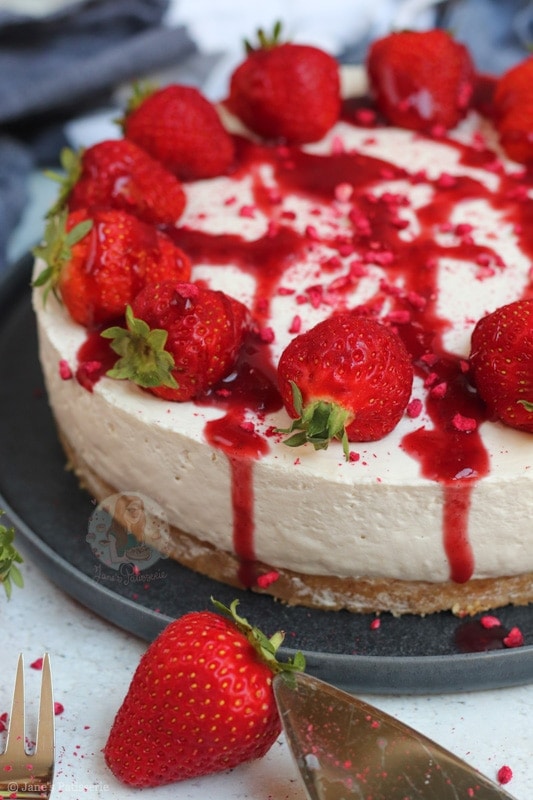 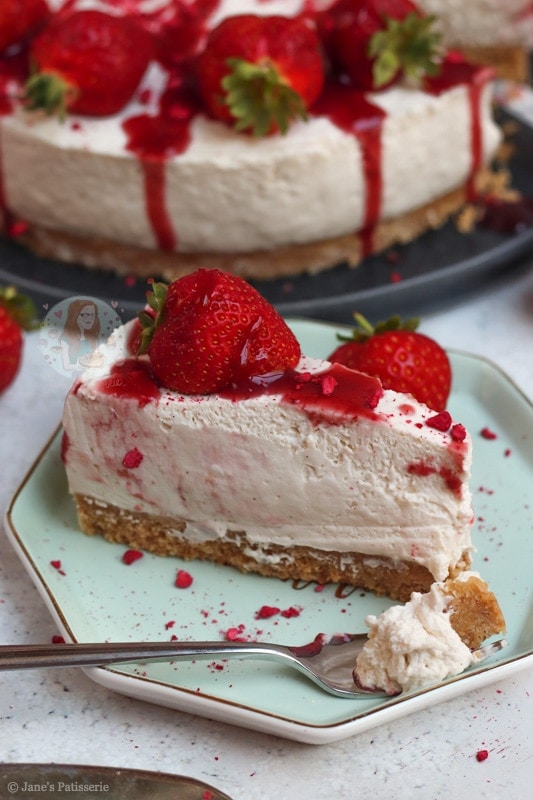 I use icing sugar in my cheesecakes, which if you use the right one (I use Tate & Lyle) IS VEGAN at the time of writing this. I always get comments saying icing sugar isn’t vegan… and some for sure do have a may contain warning, but you need to make sure you aren’t mixing normal icing sugar with royal icing sugar, which will always contain egg.

You can use caster sugar in place of the icing sugar if you prefer it – but I always use icing sugar and prefer it that way. For the vanilla, I used Nielsen Massey Vanilla Bean Paste as I wanted the flecks of vanilla in the cheesecake – but any will do!

The process for making it is basically the same, you just have to be more careful. Because the cream isn’t actually ‘cream’, I do whip it separately, and I do find it can be more moussey compared to whip cream, but it’s usually fine once folded into the beaten cream cheese mix. 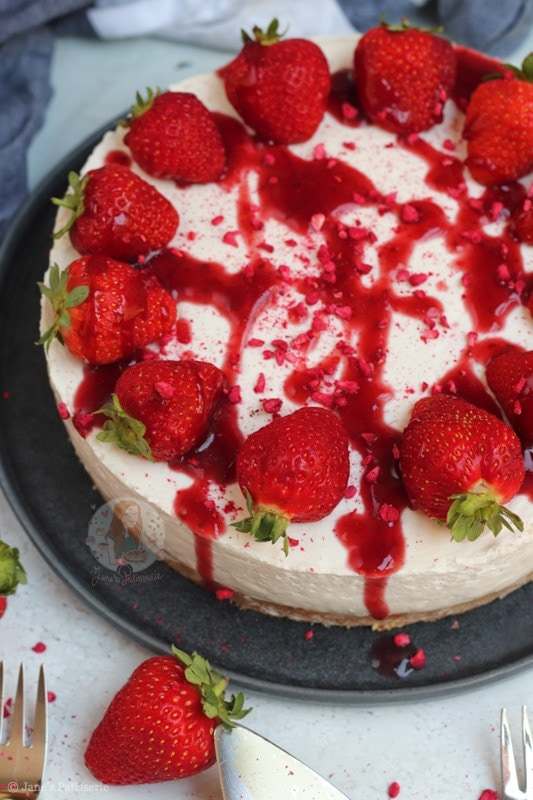 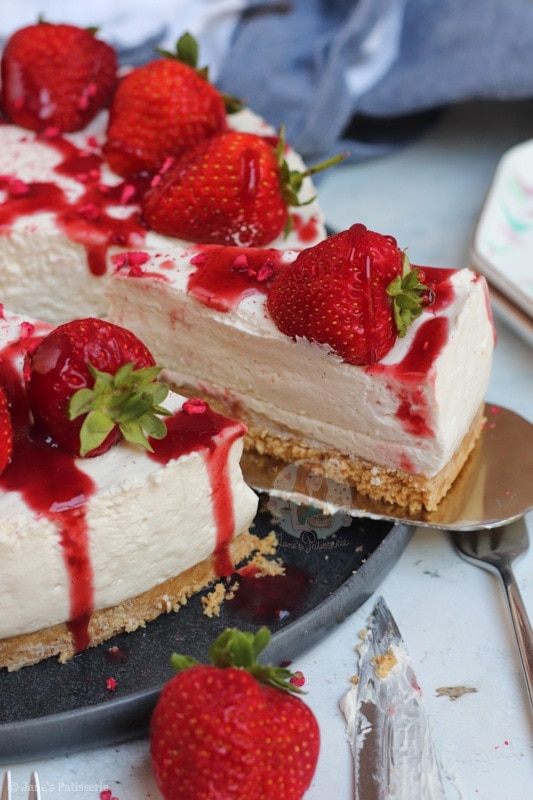 Obviously, as it’s vegan, you can’t use gelatine to set the cheesecake. I don’t in this recipe anyway, but if you are worried, it’s best to use a vegan alternative such as agar agar, or vege-gel, just to make sure you get the best set. If you find once removing from the tin that the cheesecake is a bit soft, you may need to put it in the freezer for a bit to help serve it, but this is a risk of the lower fat vegan ingredients!

Once the cheesecake has set overnight, I drizzled it with some strawberry coulis, added some fresh strawberries on top, and sprinkled with freeze dried strawberries too. All decoration is optional, but I just fancied a fruity theme!

Let me know how you get on with the recipe below in the comments, and definitely comment if you have recommendations for products! x 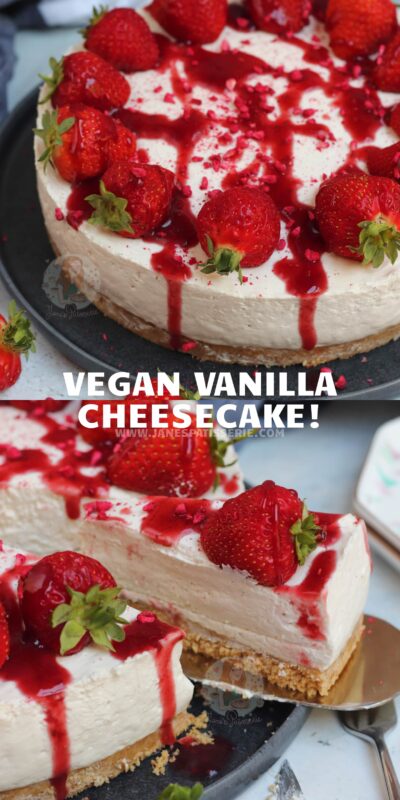 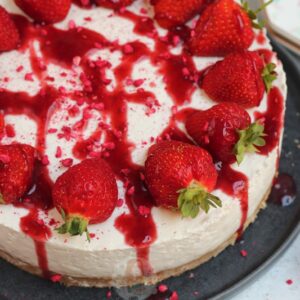