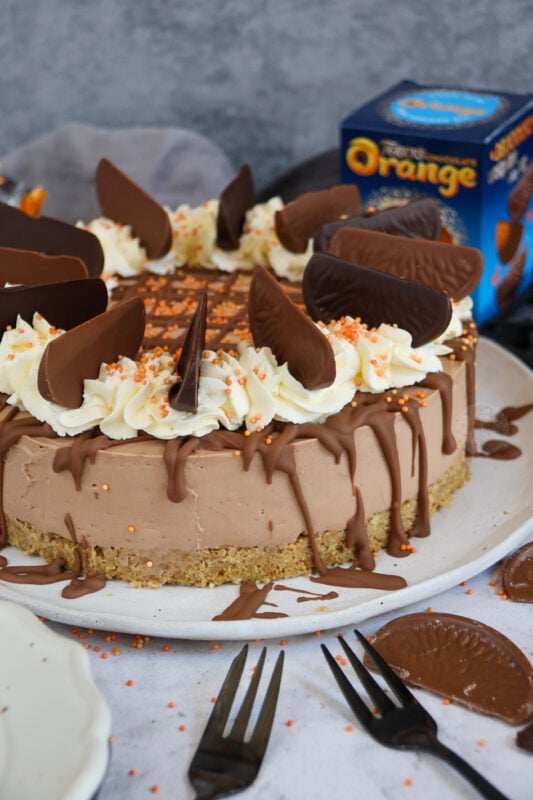 If you hadn’t already noticed from following my blog, or especially my Instagram, I ADORE chocolate, but especially Terry’s chocolate orange chocolate. I literally have no idea why so much, other than it being utterly amazing and one of the best things ever. 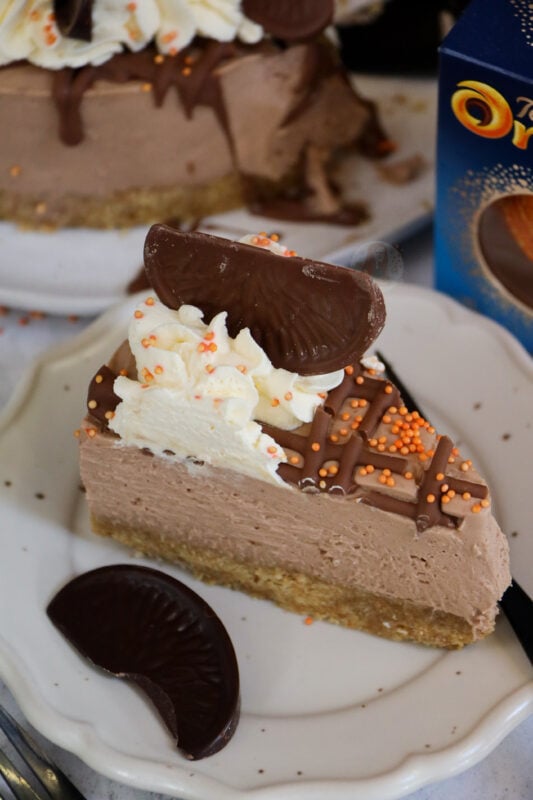 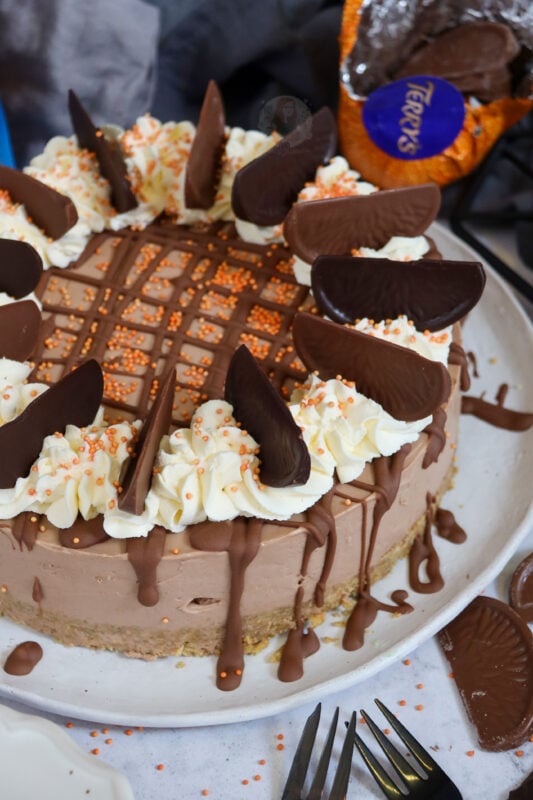 I have made a bunch of cheesecakes now, and this is by far my favourite. Some of you may disagree, but I adore this one. I have made it countless times now that I can’t actually count. My mum, who shockingly isn’t actually a massive fan of chocolate orange as a flavour combination (this is news to me…) is actually a really big fan of this.

Something about the creaminess and moussey texture of the cheesecake filling is what makes it delicious to her. I agree, I am shocked about how delicious it is. I mean, I knew I would like it.. but its SO much tastier then I thought it could ever be! Honestly, my favourite recipe. Ever. 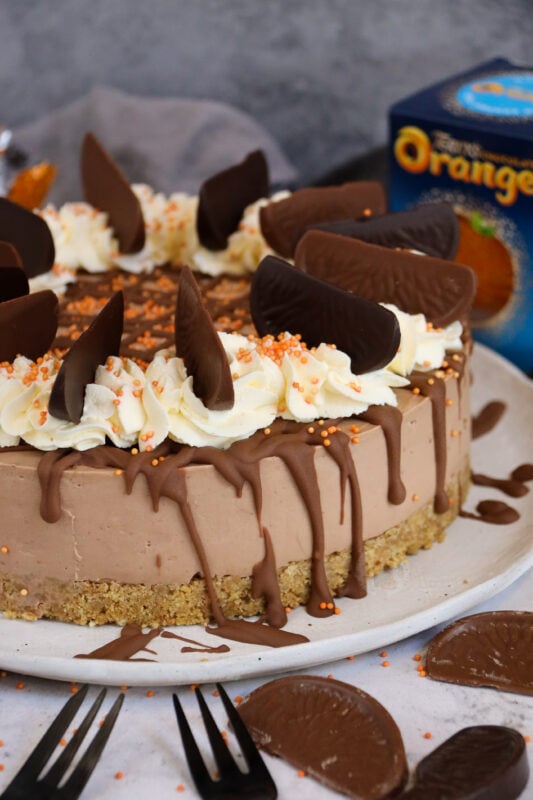 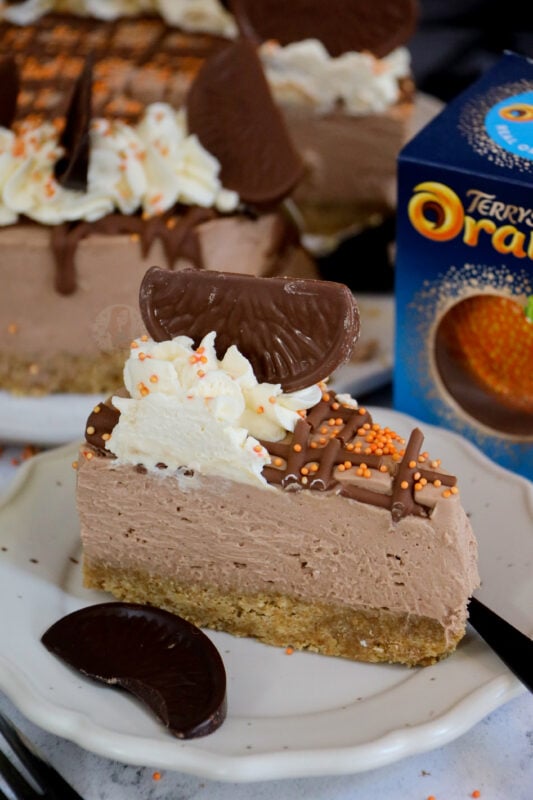 This recipe is super easy to make, its a no-bake recipe and you will want to make it over and over and over! The good thing about this sort of thing is that if you don’t have Terry’s chocolate where you are, you can easily substitute it for normal plain or milk chocolate and add orange zest or flavouring too it to make it equally as delicious! 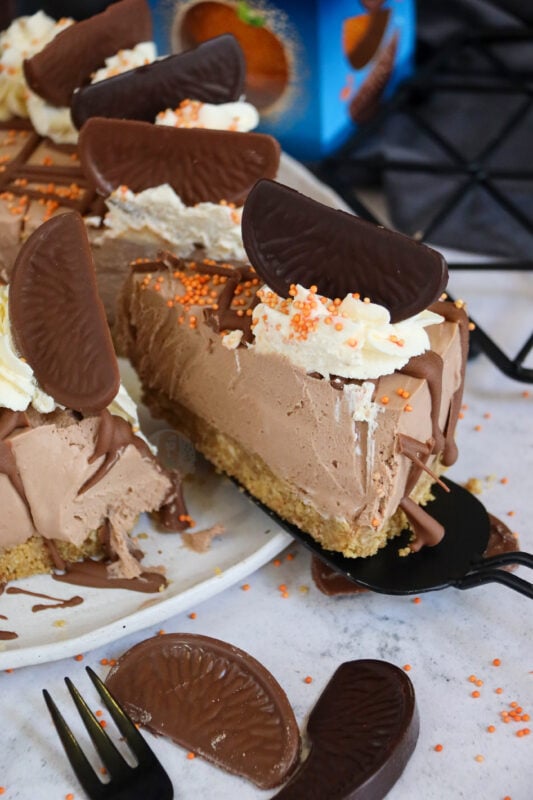 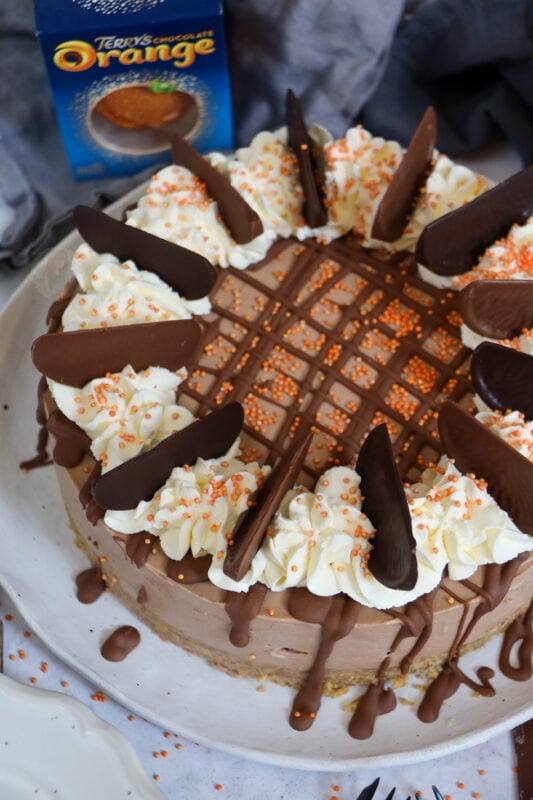 I have done a little experimenting as I had a few comments that the mixture ‘seizes’ slightly when making it. It still sets perfectly fine, and still tastes delicious, but the chocolate orange itself will seize. This means that the chocolate will go hard pretty much as soon as you start mixing it, so instead of having a smooth delicious mixture, you basically have a chocolate orange chip cheesecake. I wanted to stop this from happening if I could so I did a few experiments!

I found that if you mix the cream cheese with the icing sugar, then add the melted chocolate and whisk until smooth, and then add in the cream and whisk until think, the mixture will turn out super smooth, and will set perfectly. It may not look as thick as it did before, mine didn’t for a while but whisking it for a little longer worked, but it sets like a dream. I have written the original method below, and the new one so you can choose which you prefer! 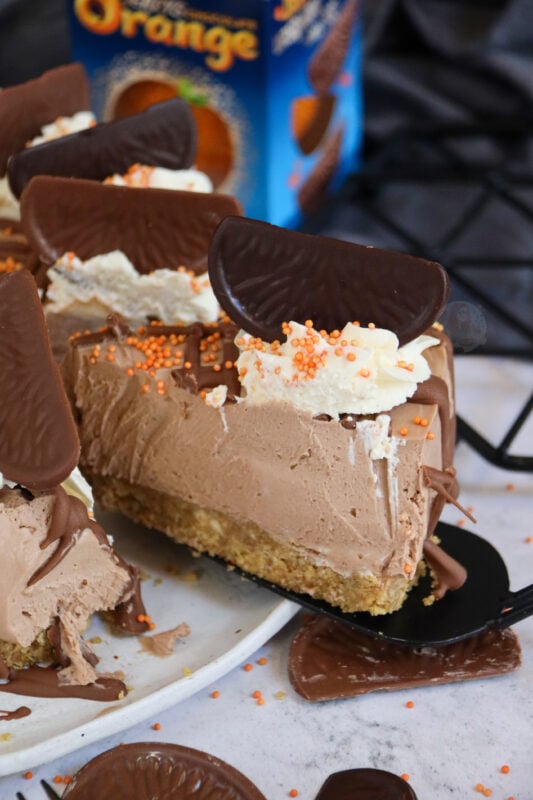 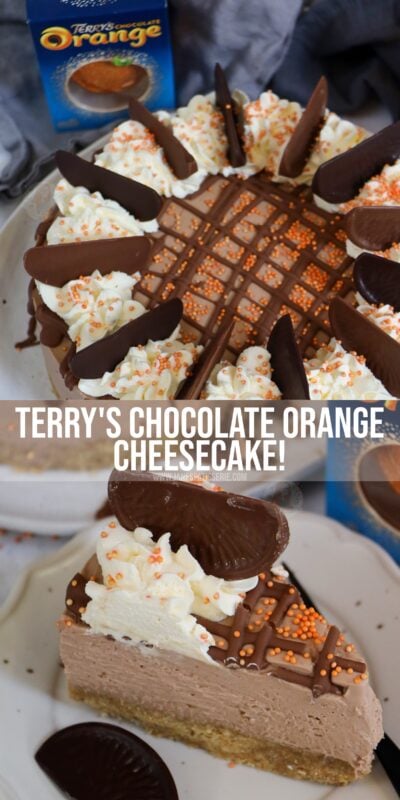 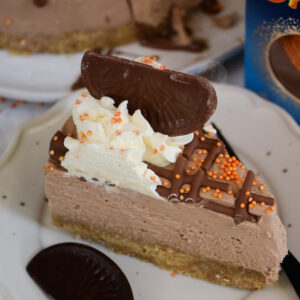