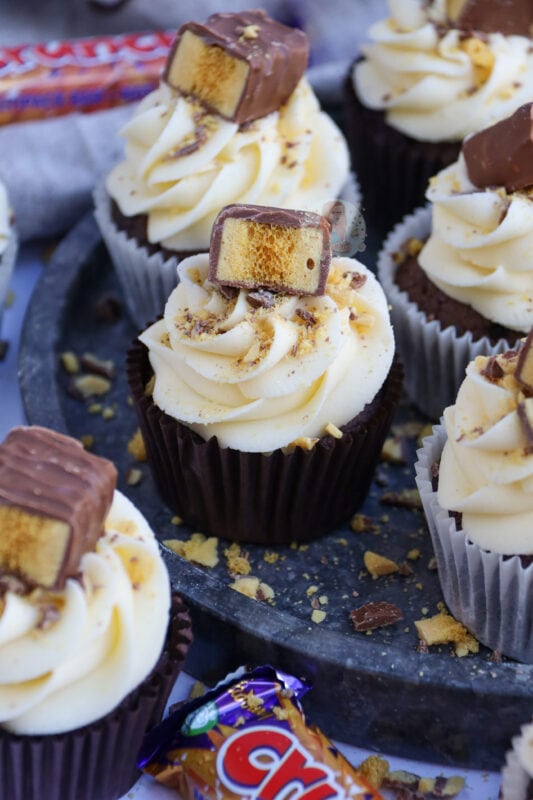 Hi, I’m Jane, and I have an addiction to Crunchies. Like seriously, they’re in EVERYTHING that I bake at the moment, and I just can’t help using them again and again. 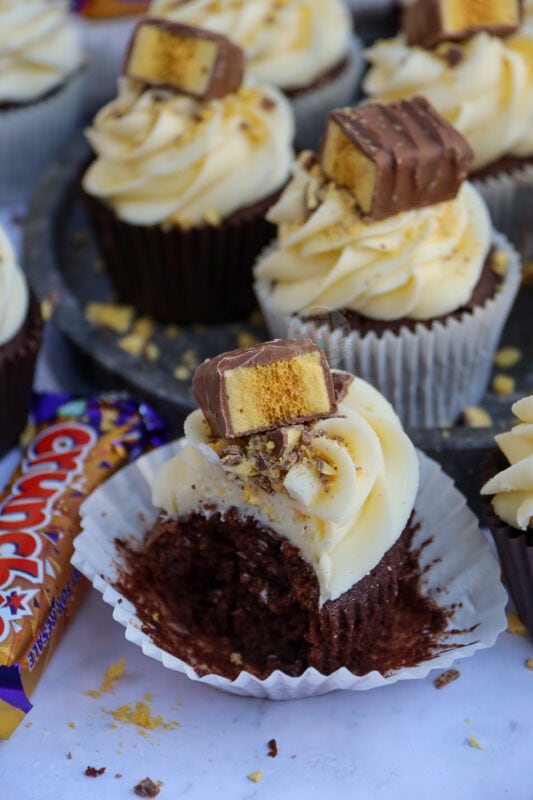 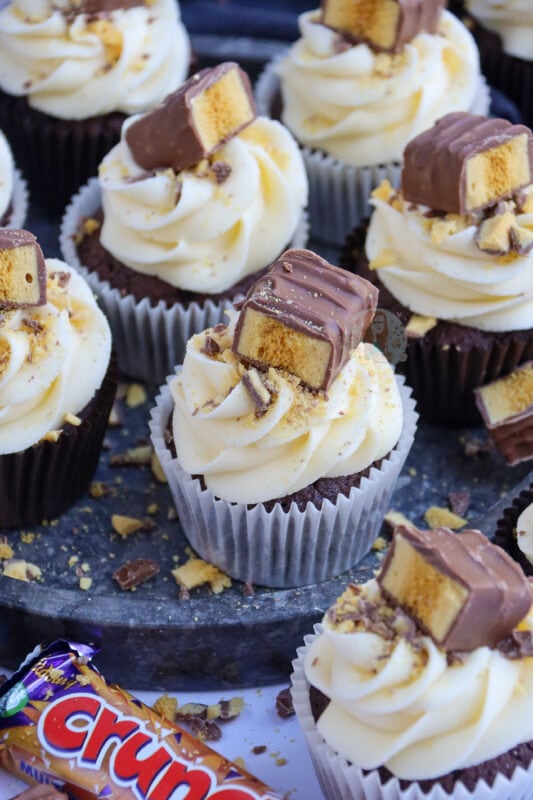 After I did a ‘recipe request’ post on my Facebook page the other day, one thing that sprung out to me was the request of Crunchie Cupcakes. YEP! Done already.

I wasn’t really sure where to start with these as I recently found a spreadable version of a Crunchie type thing in the supermarket, (kinda like the Crunchie Chocolate version of Nutella) and OHMYDAYS it is delicious, but I felt like this was a tad too much really, and too similar to other recipes. 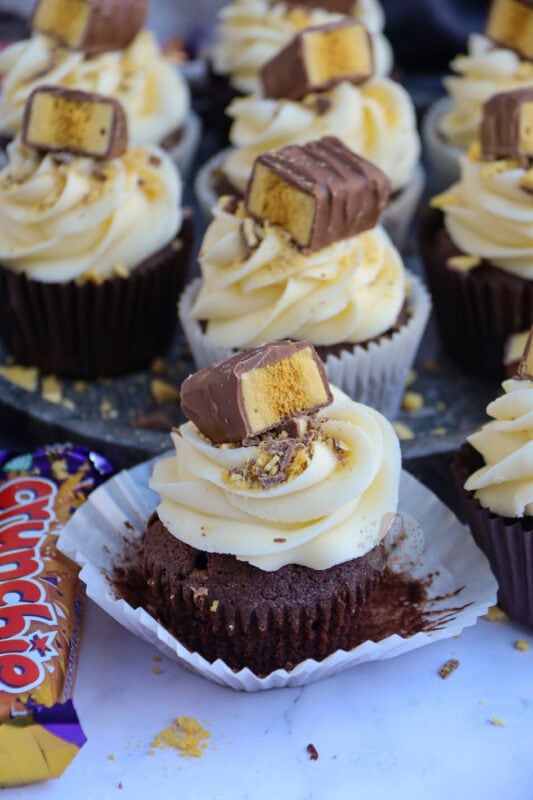 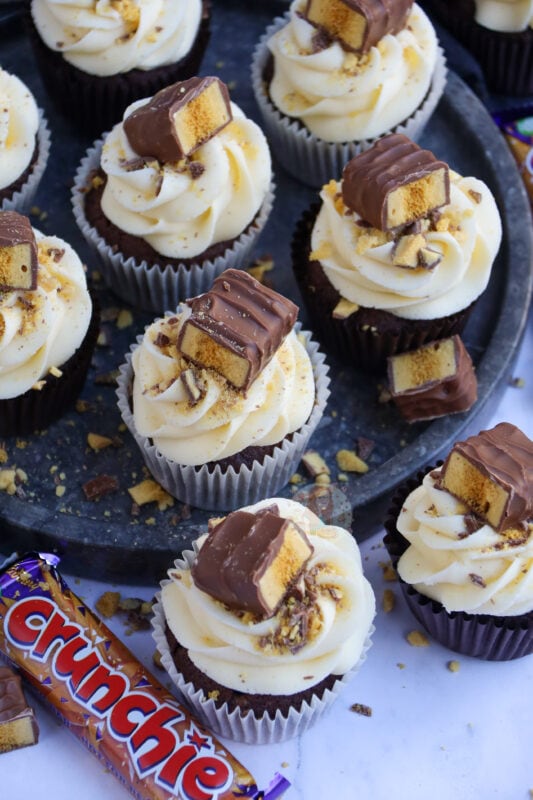 However, this does not stop you from putting it in the middle of the cupcakes which I totally recommend. However, I decided to go in a slightly different direction and make a moist and delicious chocolate cupcake, with a honey flavoured buttercream frosting.

I wasn’t entirely sure if the honey buttercream frosting would work as I thought it might be too sweet, or it might even curdle the buttercream but oh no, I was wrong.. it is DELICIOUS. Oddly enough, it doesn’t actually make it too sweet even though honey is basically sugar. 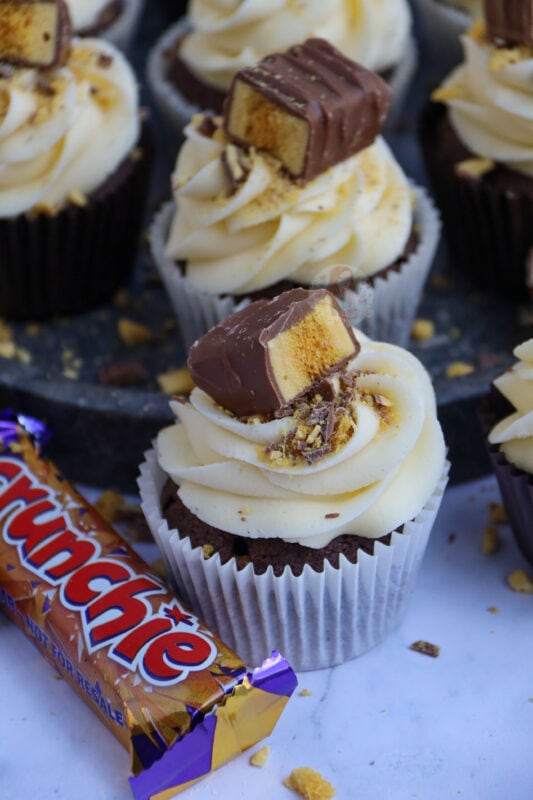 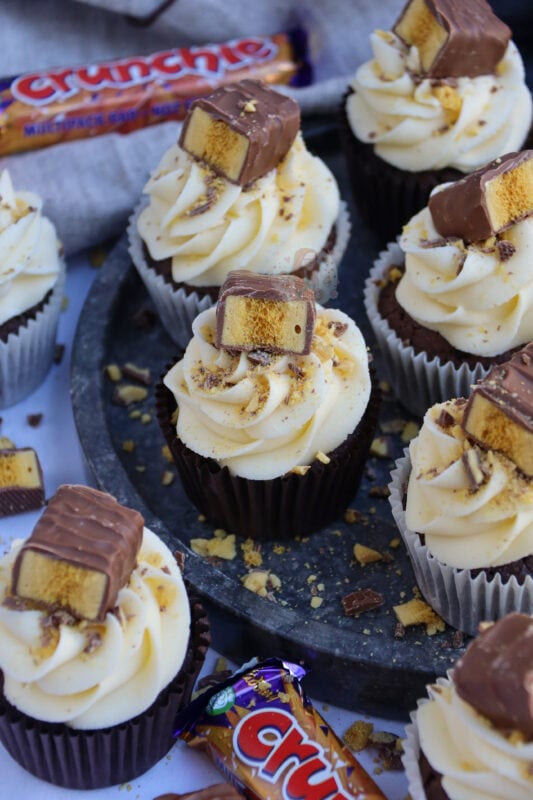 I actually like the slight flavour of honey that it brings to the buttercream frosting, it’s not too much but it’s enough. I wouldn’t put any more honey into the recipe than I recommend as it’ll make the frosting too runny and it might ruin it, but it’s just the perfect amount to make a differently flavoured frosting that matches so well with the Crunchies themselves!

I wouldn’t recommend putting honeycomb pieces into the actual cupcake as they will just melt and might bake the cupcakes in an odd way, but you could on the other hand fold through crushed pieces of the Crunchie through the buttercream frosting if you’re not using a fine piping tip which would be nice (I just prefer them on top!). 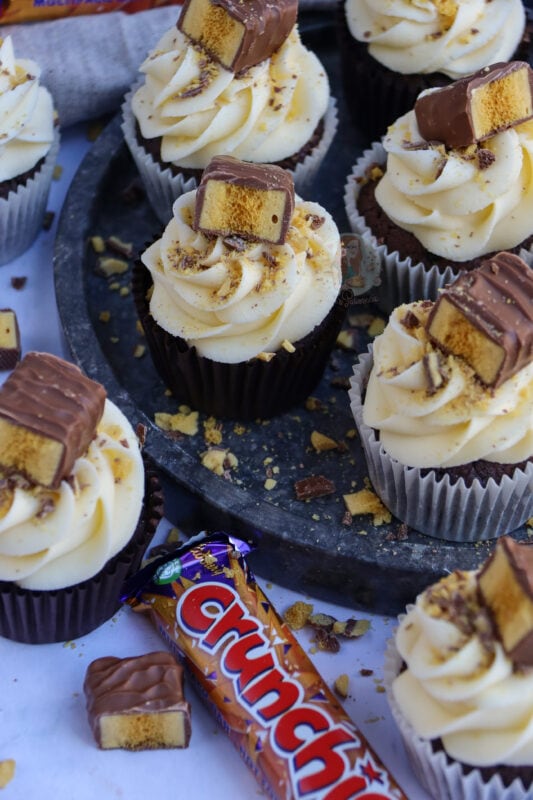 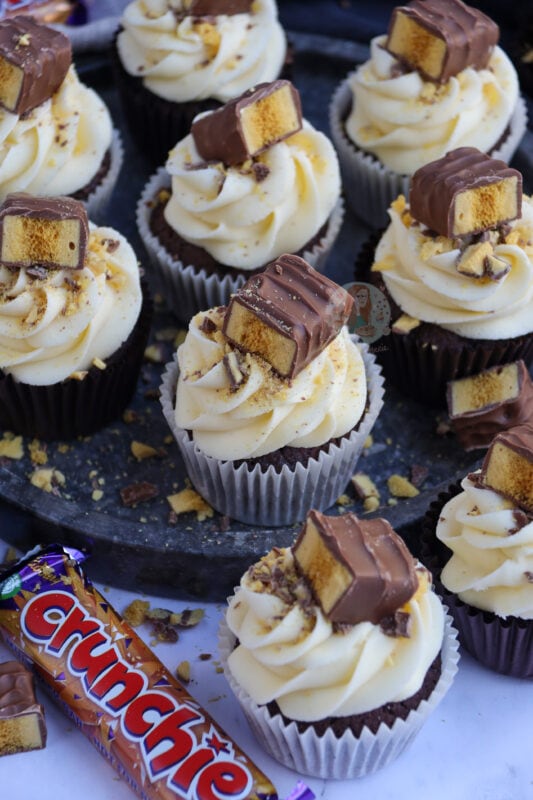 I honestly adore the combination in these cupcakes with a chocolatey and light cupcake, with a sweet but scrummy buttercream frosting, along with the crunchie of course.

These have gone down so well with my taste testers that I have made these 5 times now in a matter of weeks and they just love them! SO I really hope you love this recipe as much as I did! Enjoy! 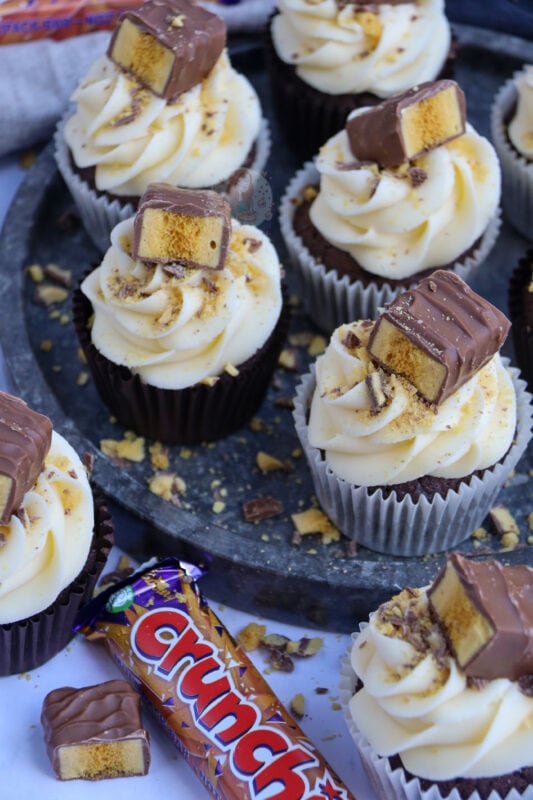 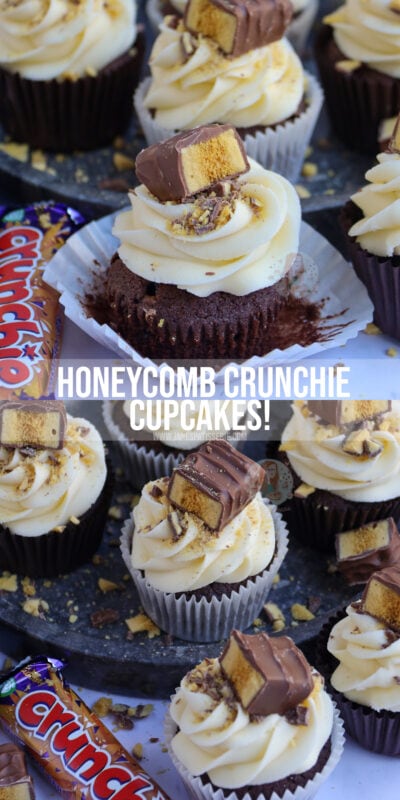 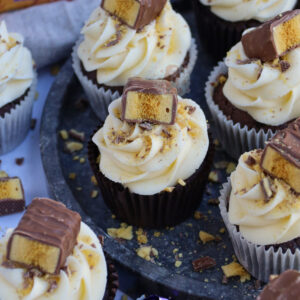 Find my other Cupcake & Chocolate & Honeycomb Recipes on my Recipes Page!