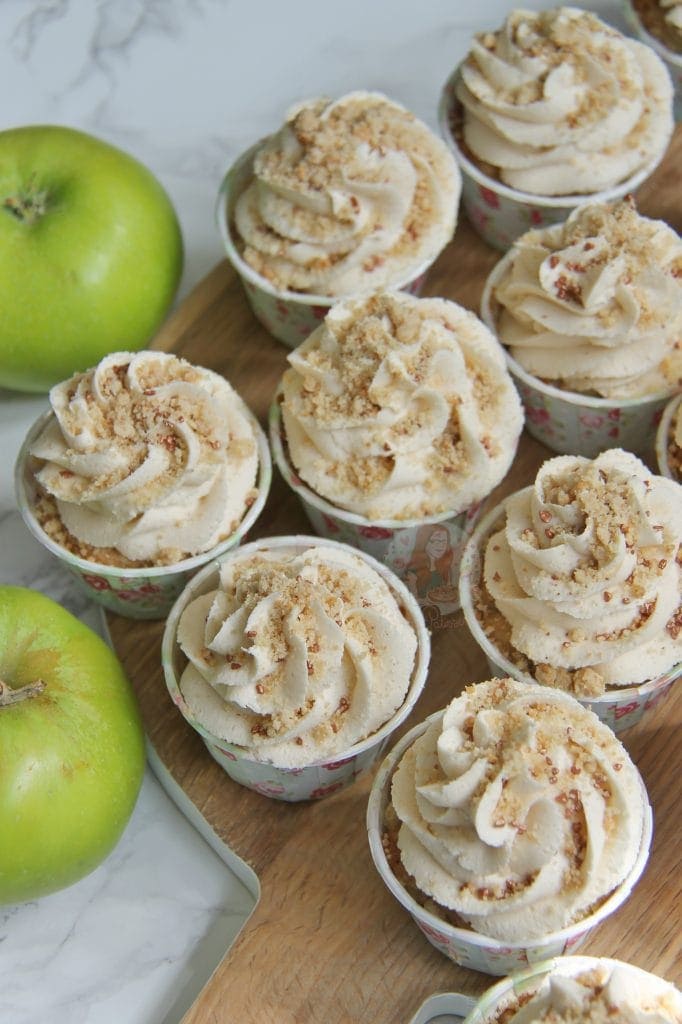 WELCOME TO SEPTEMBER! Even though Autumn doesn’t technically start till late September, I still say its Autumn now. Therefore, APPLE CRUMBLE CUPCAKES are now a thing on my blog. I posted the Cake version of this last year, and its always been a hit – Apple Crumble Cake. The cake was a beautiful marriage of soft, light sponge, with cinnamon, and the delicious baked apple. These cupcakes? The PERFECT smaller version.

In complete honesty, the cupcake mixture is literally the cake mixture halved. The cake version worked so well, that I didn’t want to mess with it. However, because of this, it did produce more that my usual 12 cupcake batches. You can try and reduce it if you like, but I like the extra cupcakes… who doesn’t?! The Cupcakes have the perfect amount of Cinnamon for me, but you can add some more if you wished. The extra sugar can be a worry for some, but it helps the apple bake perfectly. 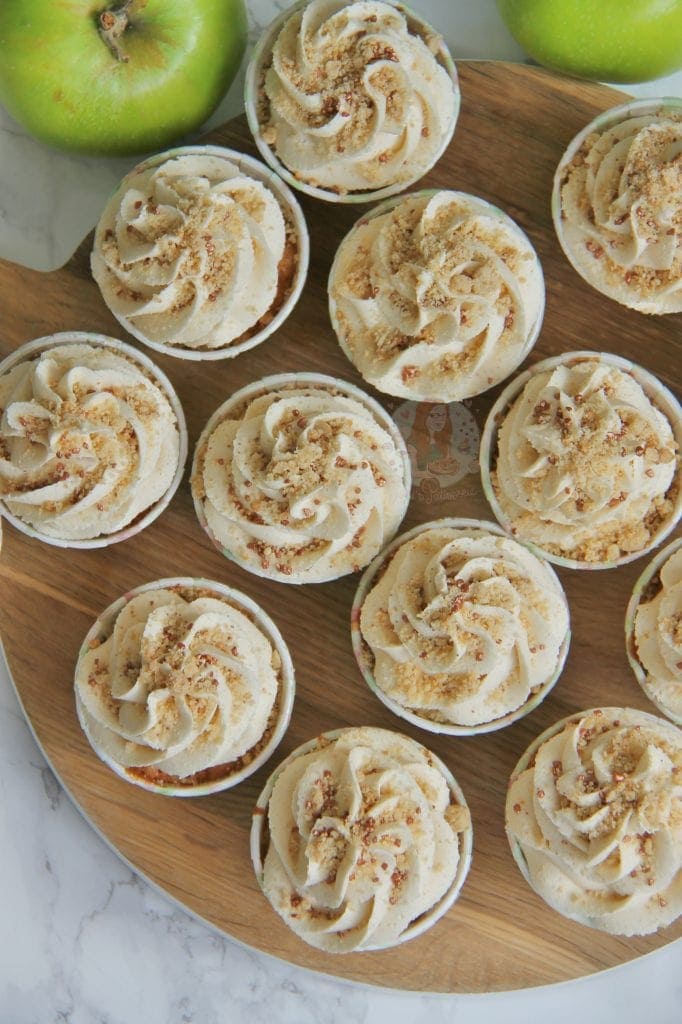 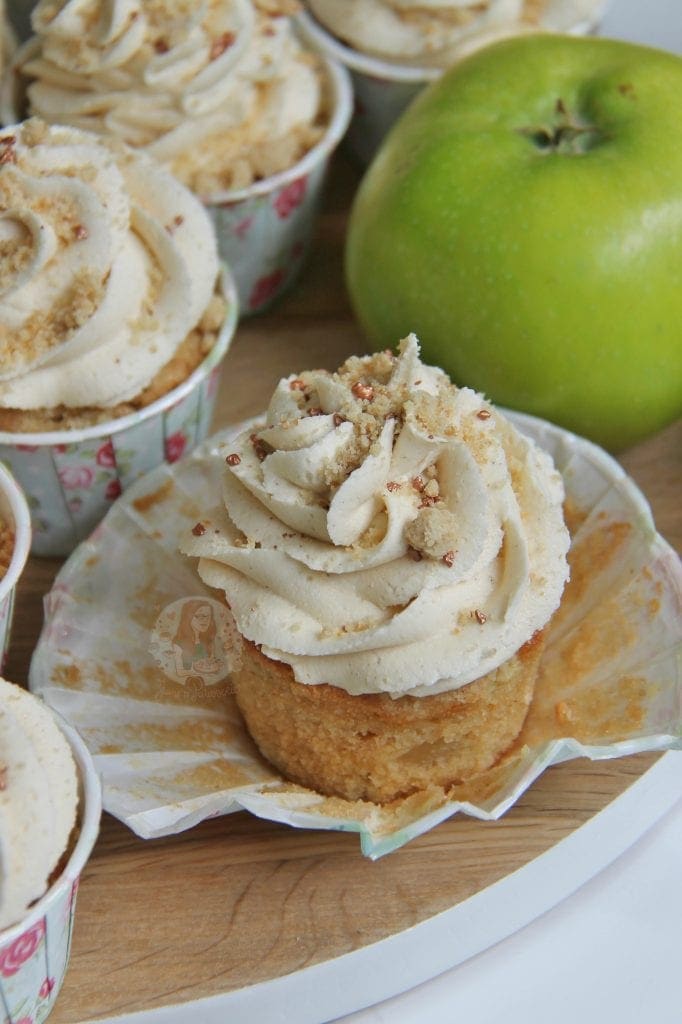 When baking these, I was worried that the apple in the cupcakes wouldn’t be baked through enough, so I made the pieces a little smaller than the cake version, and it was ideal. The apple still has a ‘bite’ so that its not just mush, and it helps make sure the cupcakes bake through properly. Coating the apple in a little brown sugar, reduces the tartness of the apple slightly, and gives it a wonderfully delicious flavour. Adding that with the cinnamon, is deeeeeelightful.

I have recently learn to start to love baked fruit.. because originally, I hate cooked fruit. Something about the texture would really get to me, but honestly? These Cupcakes and my Apple Crumble Cake have changed that. Baked enough to make the apple soft enough to eat, but not so mushy that the cupcake can’t even bake. The cupcakes then topped with Crumble mixture gives the cupcakes an amazing taste as well! Then, topped with a lightly hinted Cinnamon and Vanilla Buttercream, and even more crumble goodness makes these cupcakes utterly irresistible and completely moreish! Enjoy your Autumn everyone, and these cupcakes as well! Enjoy! x 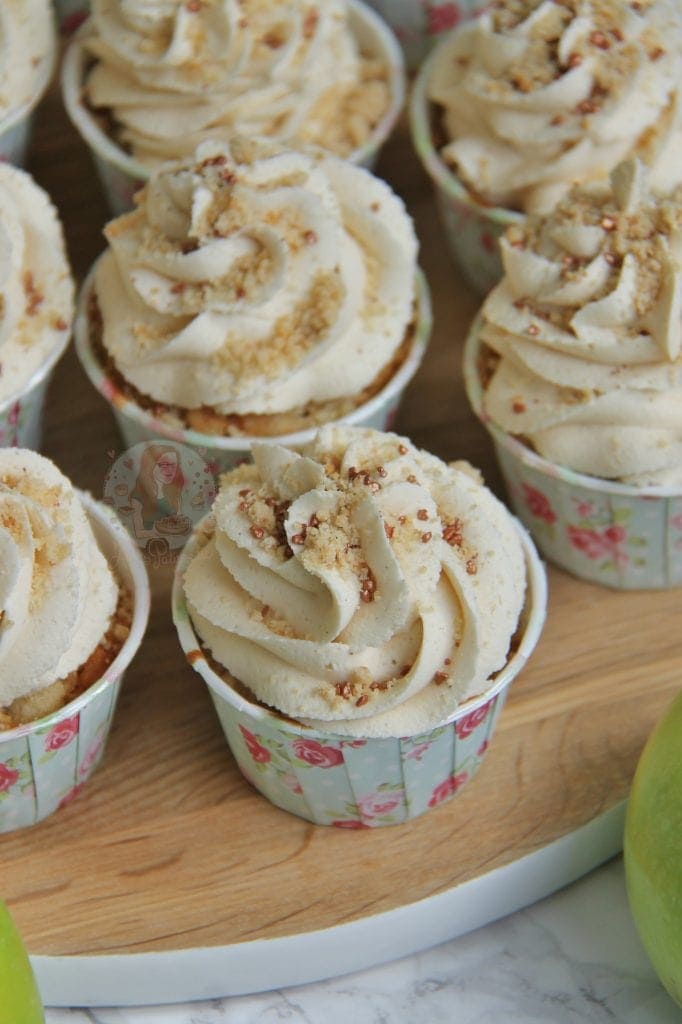 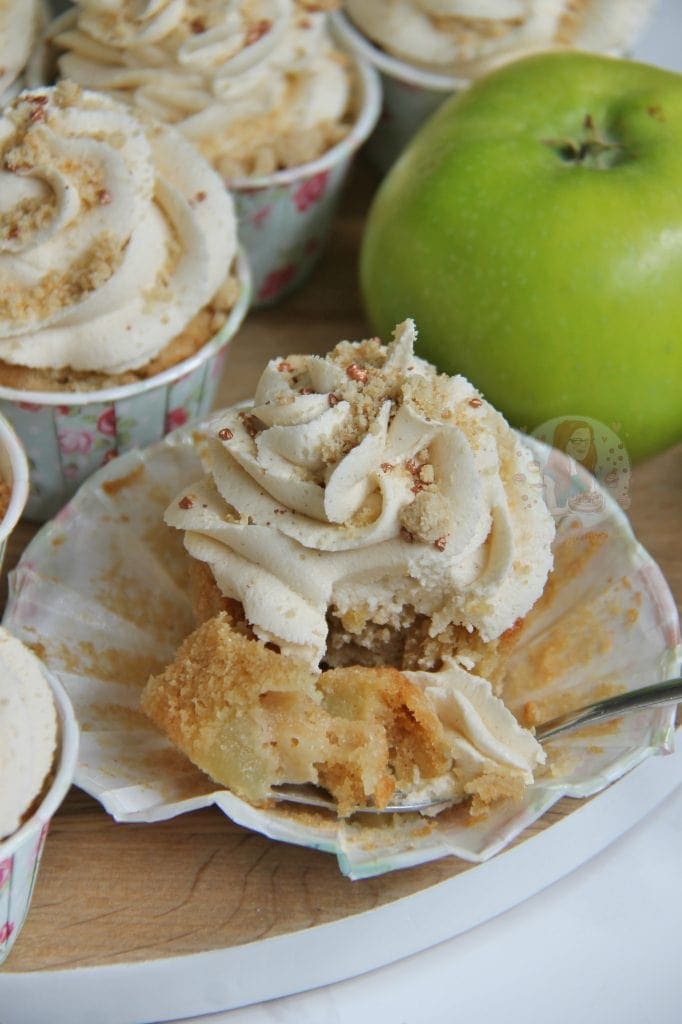 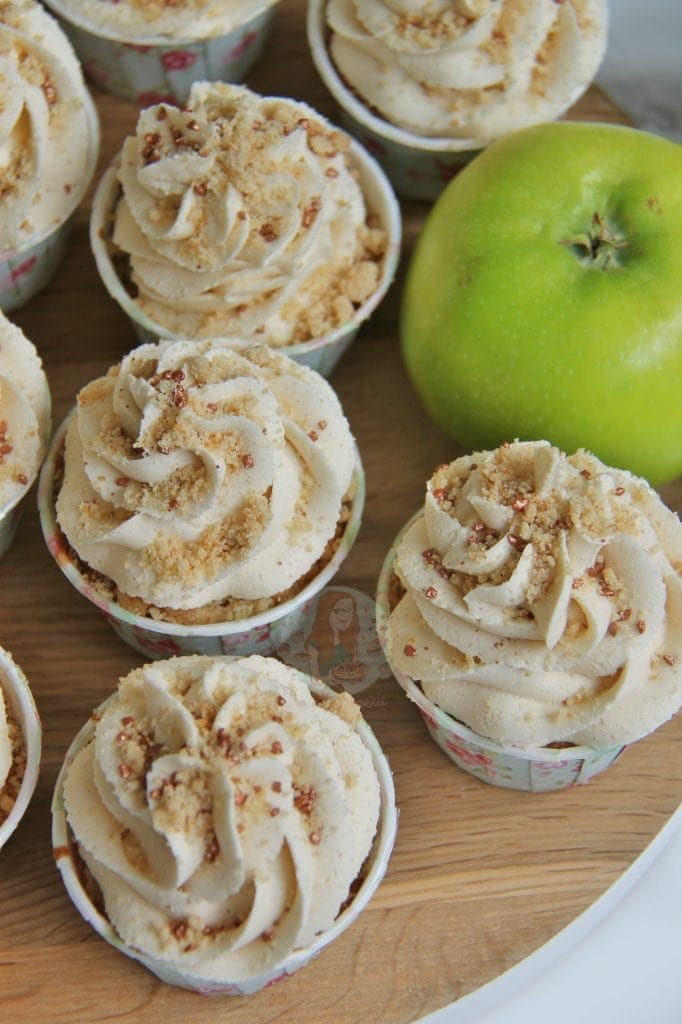 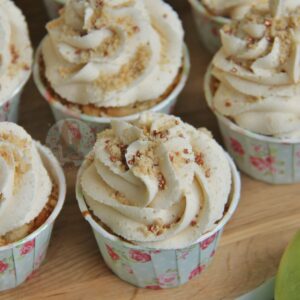 Find my other Cupcake Recipes on my Recipes Page!