A Yummy No-Bake M&M Cheesecake with a Buttery Biscuit Base, M&M Spread Chocolate Cheesecake, and so many M&M’s! 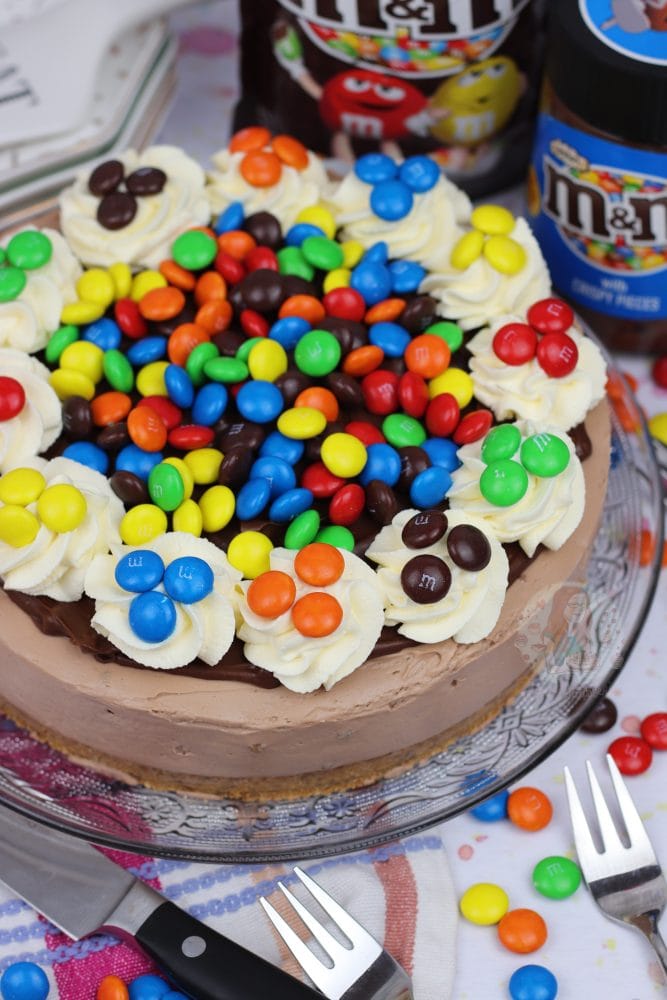 The time has come to take things possibly a little too far… but is it possible to take cheesecake too far? Never. Splitting colours of M&Ms to make sure each swirl takes its colour turn isn’t the worst thing I’ve done for a bake, so we’ll stick with it. Also, M&M spread is a thing, and I love it. It’s a whole new ballgame in amongst all the other insanely amazing spreads they have these days!

My Biscoff Cheesecake, my Malteser Cheesecake and Crunchie Cheesecake are all similar in the aspect they are based around a flavour idea, but use their connecting spread to take the bakes to the next level! Using the spreads on the inside of the cheesecake gives such a wonderful whack of flavour, but also spreading a tonne of it on top makes it DELIGHTFUL. An extra strong whack of flavour in each bite. 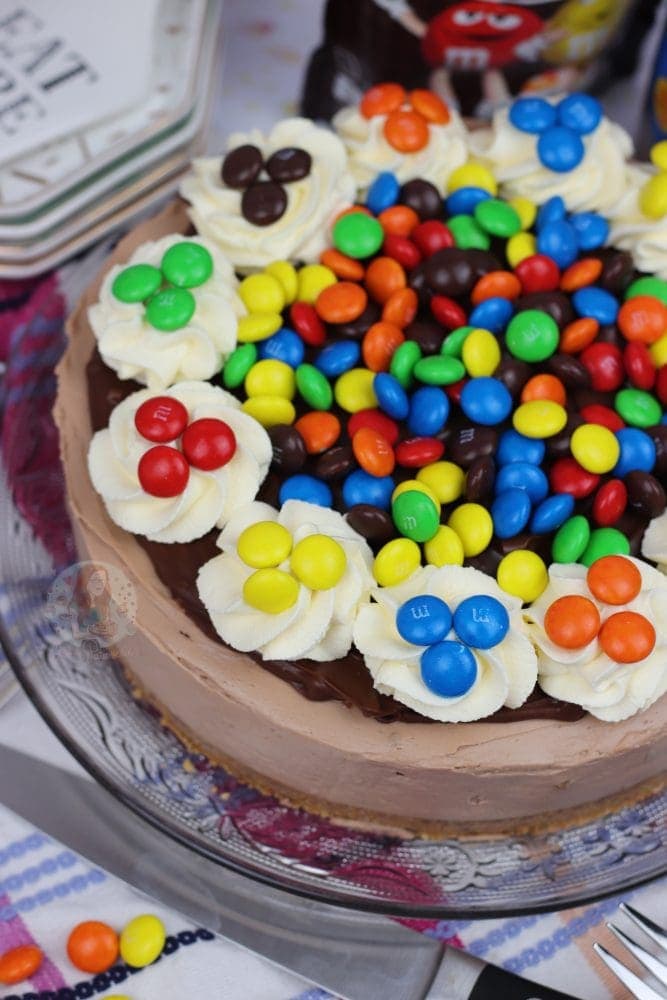 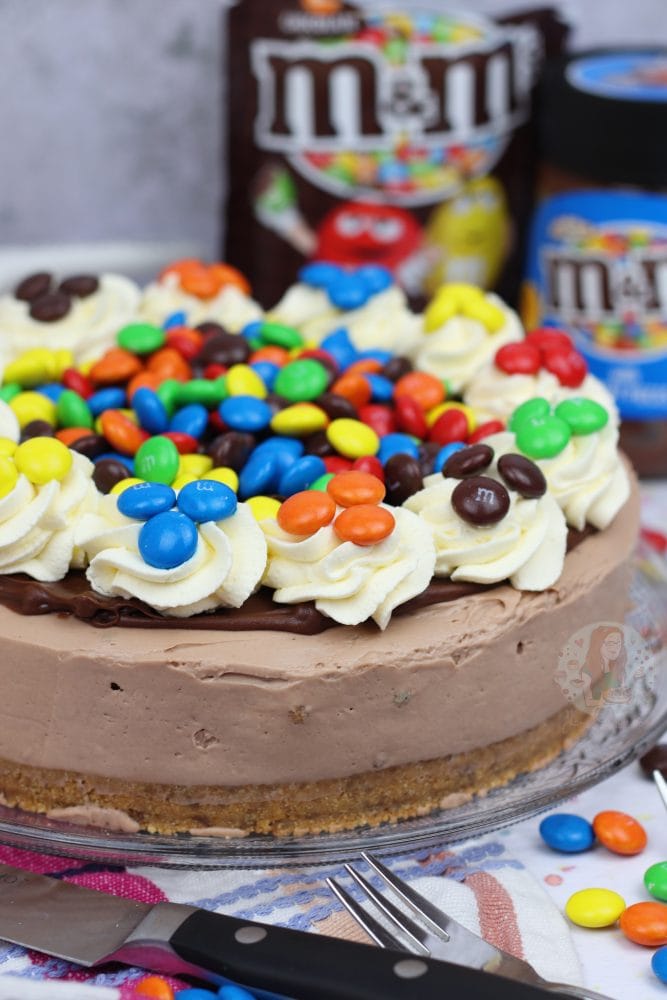 I decided on this one I wanted to stick with a basic Digestive biscuit base, because yum. I didn’t want to detract from the flavour of the cheesecake by using something too heavy on the bottom. I do love a chunky biscuit base, however, so if you’re not a fan then you can reduce it. Stick to the idea that you use half the amount of butter to the amount of biscuit you are using! Unless its a filled biscuit, reduce the butter further by 25g! 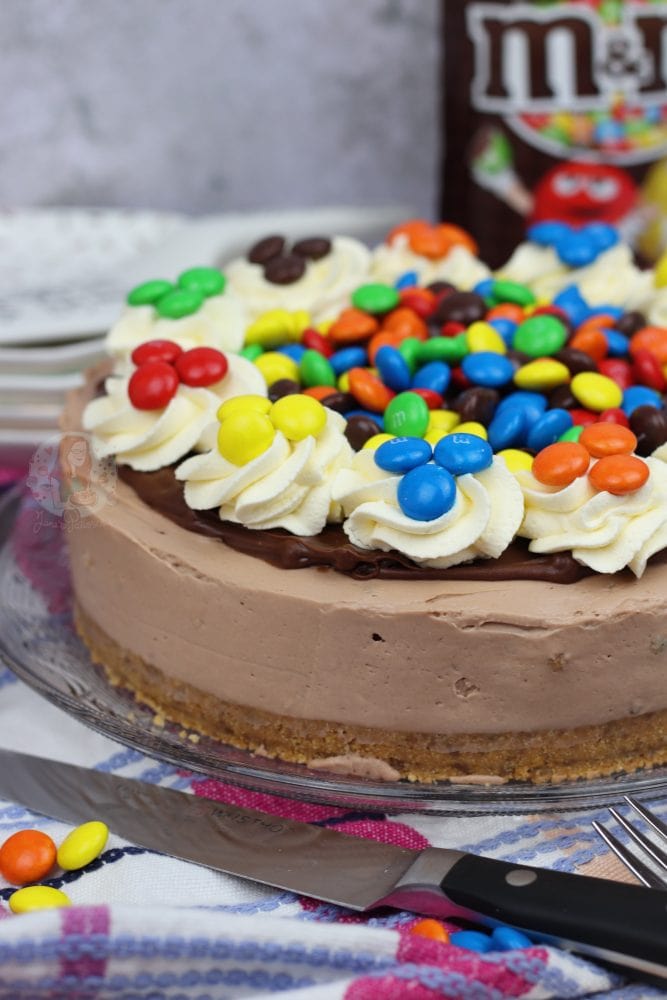 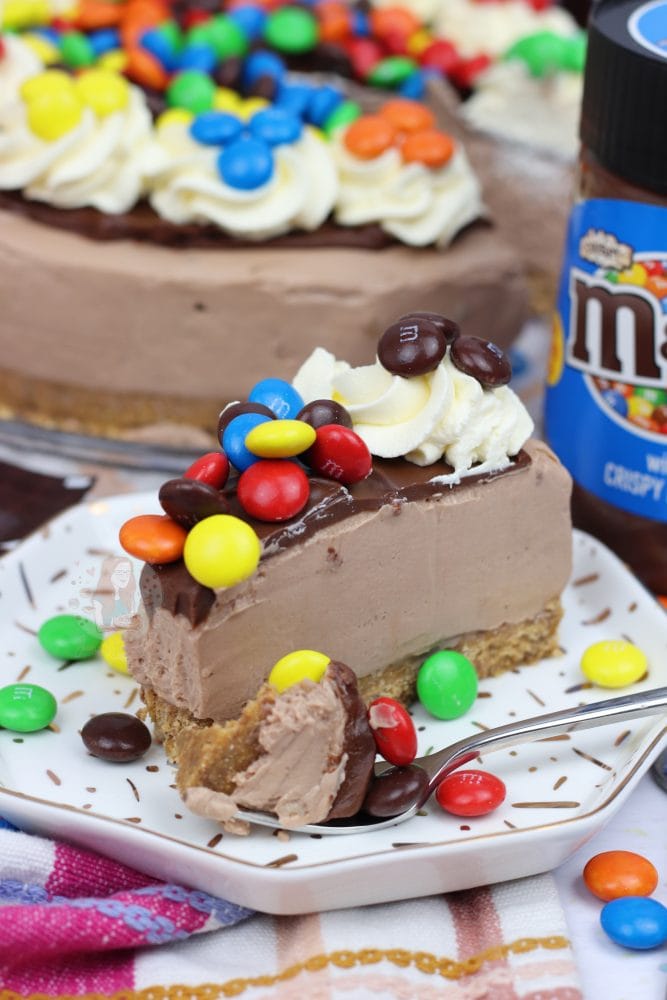 I used supermarket own milk chocolate for this bit, but you can use dark or milk, but I would say Milk is best for this particular cheesecake. White Chocolate may mix a little oddly with the spread, and it might completely cover the taste of the spread as well, but feel free to experiment with that if you wanted! You can just leave the spread out of the middle completely, but I was trying to find a way to make the Cheesecake more M&M like, without having to fold them through.

You can fold some M&Ms though the cheesecake if you want, but they’re so small and solid already I thought I’d leave it for the decoration. I did painstakingly sit there and divide the entire packet into each colour… but it was worth it. All in all, it didn’t actually take that long to do… but I was obsessed with the alternating colour idea for each whipped cream swirl. The rest of them I just dumped in the middle! 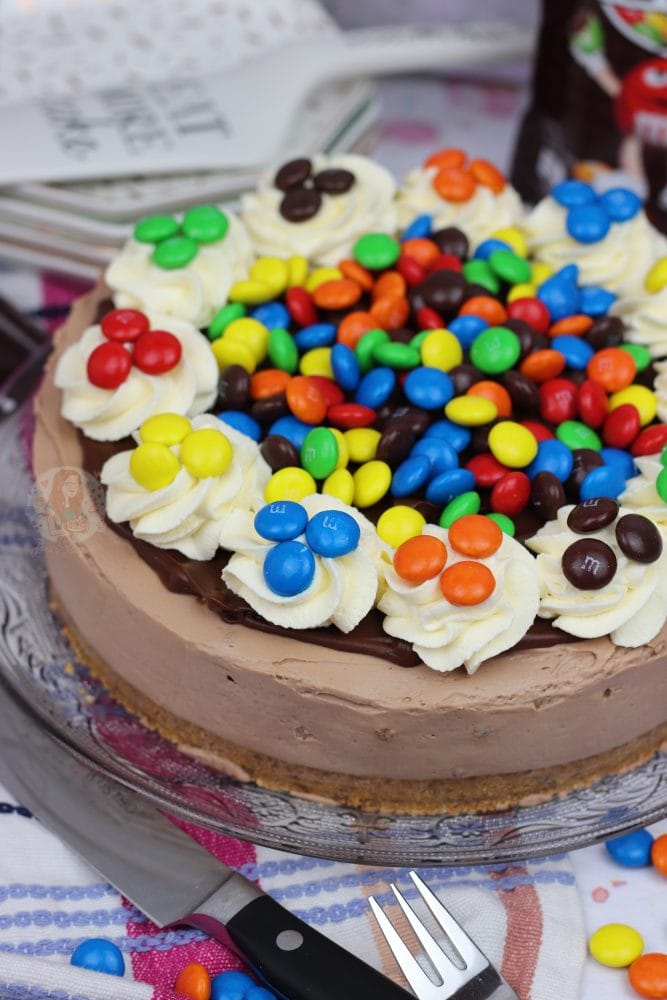 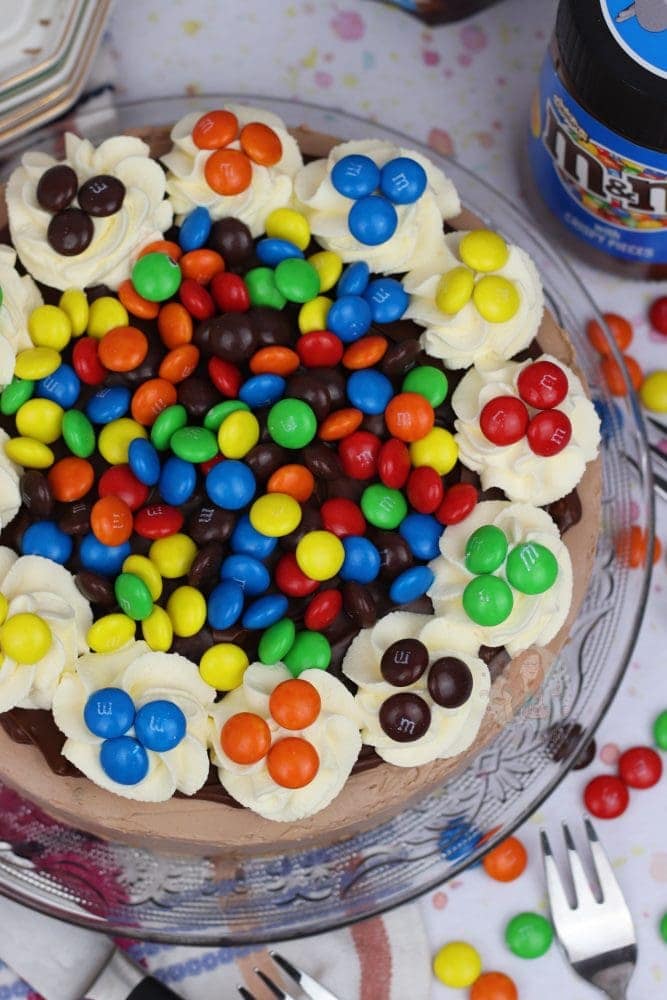 As I am writing this I am sat in my favourite Starbucks, having the Baristas complain that they didn’t get to taste test this particular one, but its okay. I’ll inevitably make another one as it’s so easy, bright, and tasty. The M&M spread only comes in one format the minute, but you can decorate the top with any M&Ms you like. Talking about M&Ms so much has made me crave even more which I didn’t think was possible.

When you look at the cheesecake, some may say it looks ghastly because it’s covered in sweets, but I say it looks INSANE. It looks like a kids dream basically, and a dream to anyone who loves M&Ms. The spread is delicious with really mini M&Ms in it, and all the goodness in the cheesecake makes each bite rather heavenly. Enjoy! x 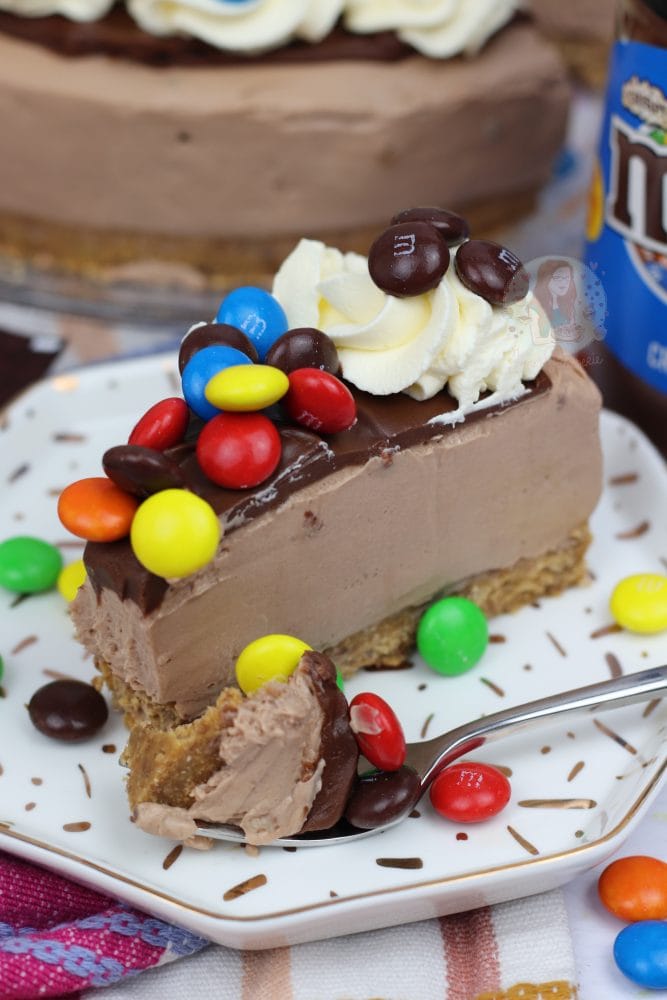 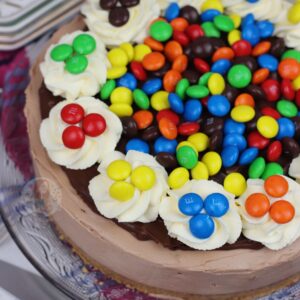