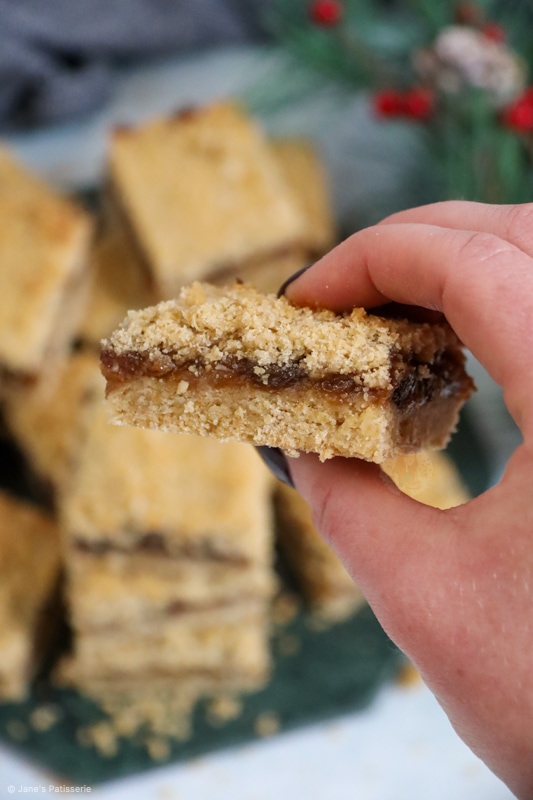 As we really are truly into the festive season now, I wanted to post a recipe that SO MANY OF YOU have asked for!

Honestly, these beauties are just so delicious and festive, and I’m sure you will all adore them as well!

Last year I posted my mince pie recipe and it went down an absolute storm. Mince pies are such an iconic classic in the festive season, that I am not surprised.

I also have a gingerbread mince pie recipe in my second book, which yet again has proved so popular. There is something about the delicious crunch of a pastry and the sweet but so fully of flavour filling.

Even if you aren’t a fan of mince pies, you have probably tried them. They are much easier to make than you think – and I think far better than the shop bought versions. 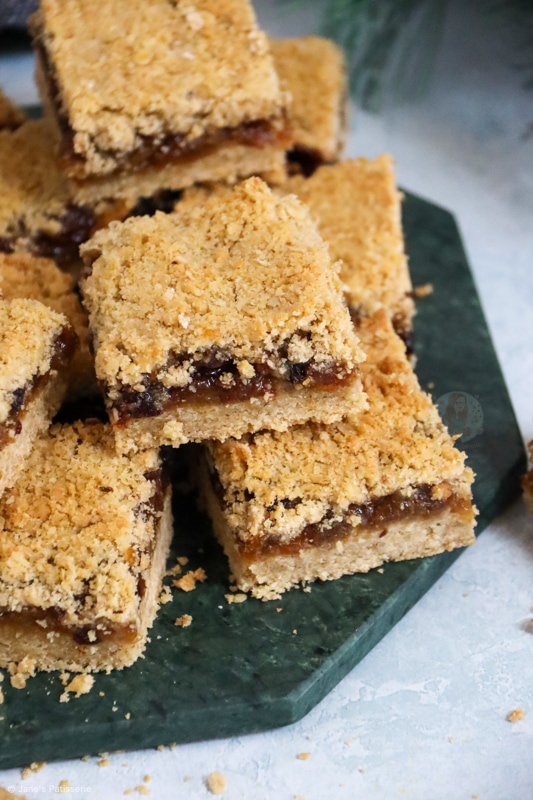 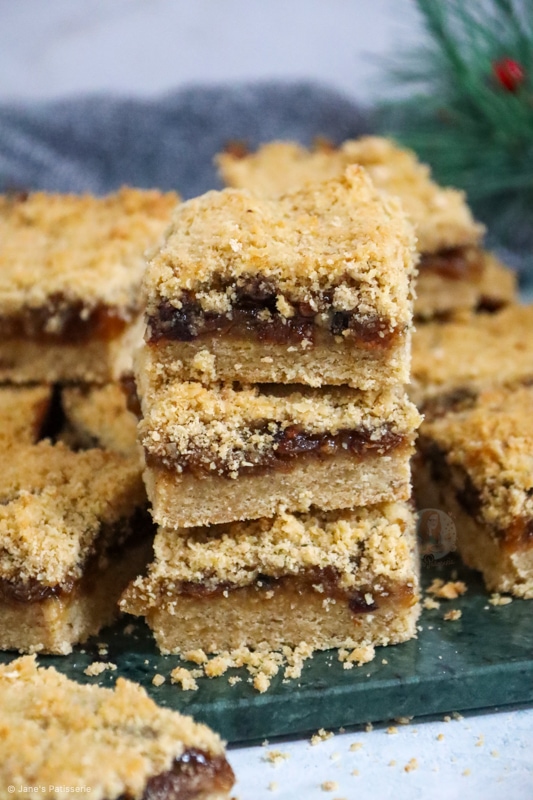 So when it comes to the mincemeat part of a mince pie or these crumble bars, no there is no actual meat involved. I know so many of you will know that, but some people really don’t.

The recipe does involve quite a lot of bits and bobs, but it really does create a wonderfully cosy and delicious mincemeat filling. 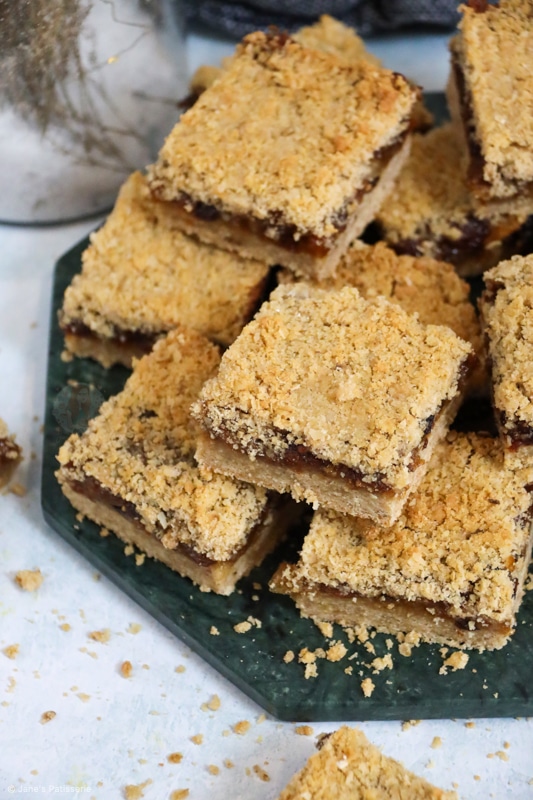 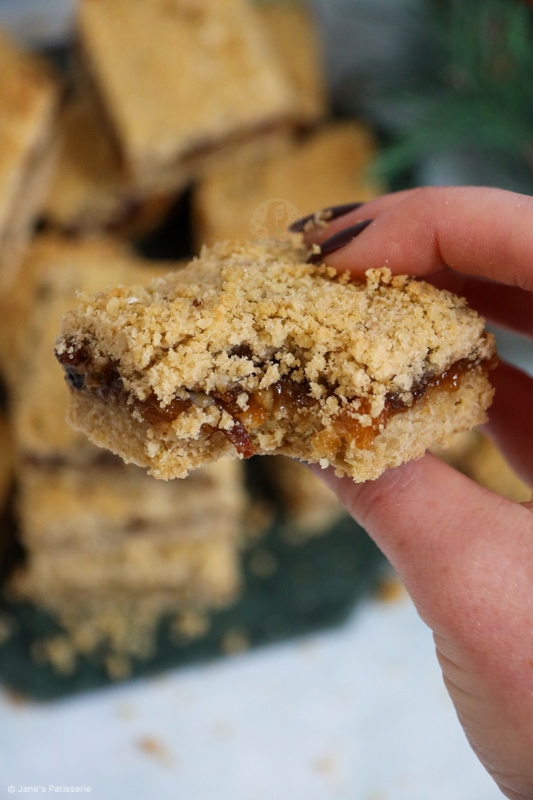 As with my raspberry crumble bars, I stuck to the same recipe. This is partly because nearly all of the requests after seeing the raspberry version asked for the mincemeat one – so here you go. 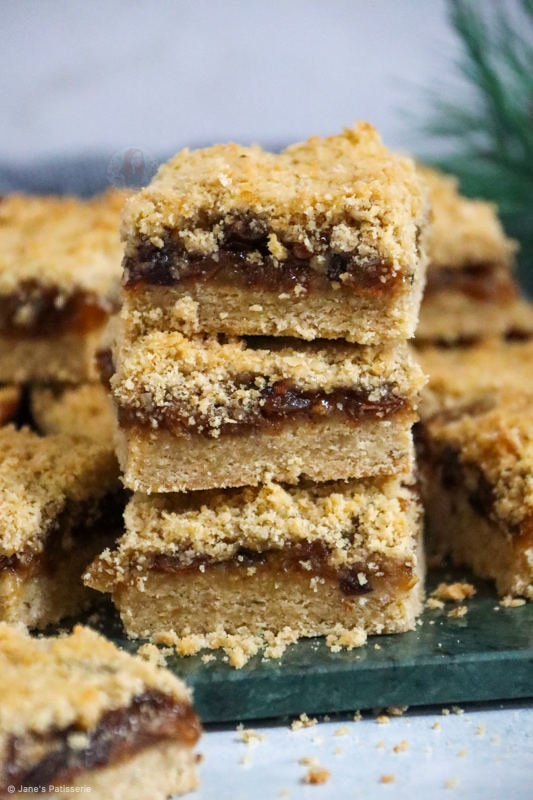 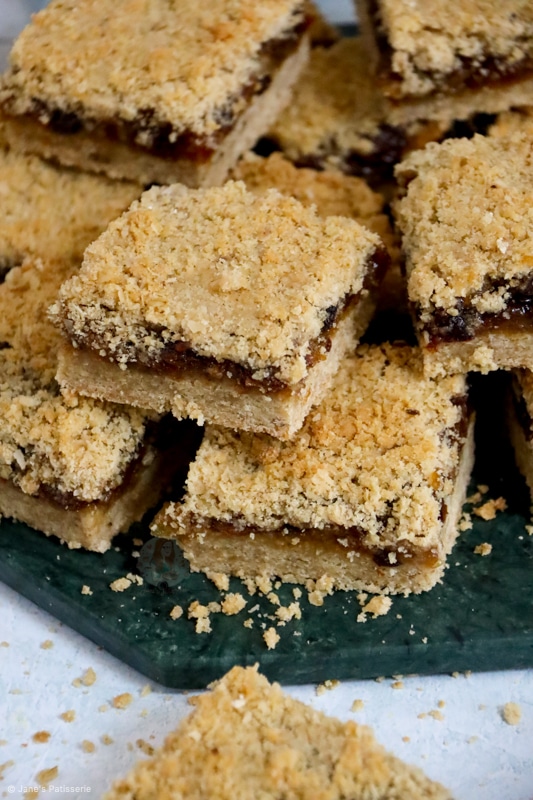 When it comes to these, they are pretty simple to make. You obviously have to prep ahead and make the mincemeat first. Don’t worry, it doesn’t take too long – I’d say you need to allow at least an hour so that the mincemeat has a chance to cool.

You can also make the mincemeat ahead, and store it in sterilised jars until you are ready to bake – it works well! Or, of course, you can use shop bought mincemeat. There is absolutely no judgement here if you wanted to!

For the baking, I used a 9″ square tin as always because it creates the perfect depth and size of bake. You split off 500g of the crumble mix into the base of the lined tin, press down firmly. Top with the cooled and ready mincemeat, and then gently tap on the rest of the crumble mix!

As always, bake into a preheated oven. These take on the dot of 30 minutes in a preheated fan oven at 180ºc – you want the oats to look golden on top, and the mixture not be wobbling about the place. Make sure to cool fully before portioning. 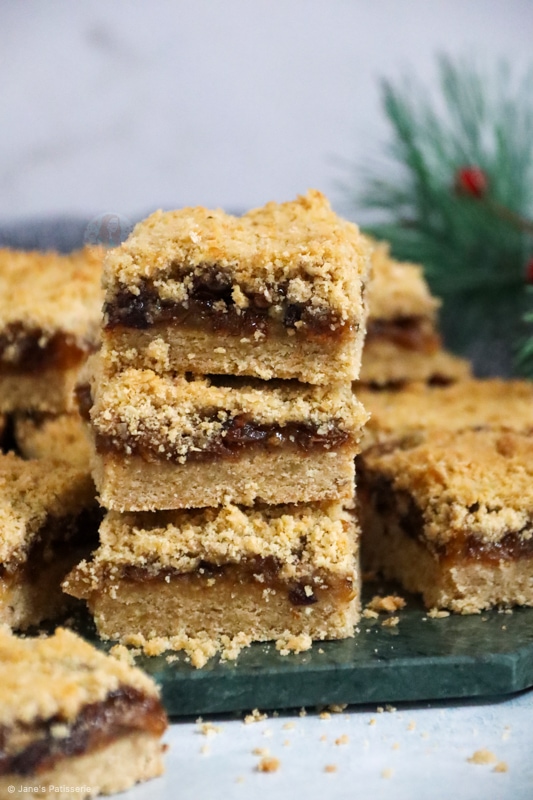 As mentioned above, you can make homemade mincemeat like in this recipe, or you can use shop bought – either works well. You just want the same total amount to make it work!

The crumble recipe is best made by rubbing the ingredients together with your finger tips – if you use a food processor you will blitz the oats into a fine powder which you don’t want!

These beauties last 4-5+ days at room temp, but do also freeze well for 3+ months. 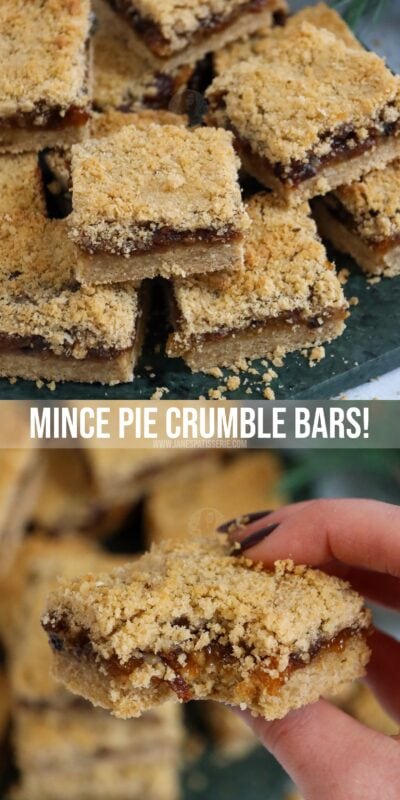 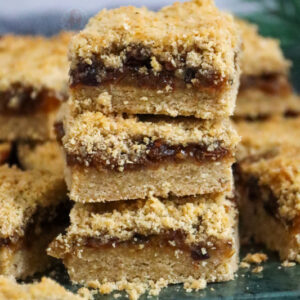