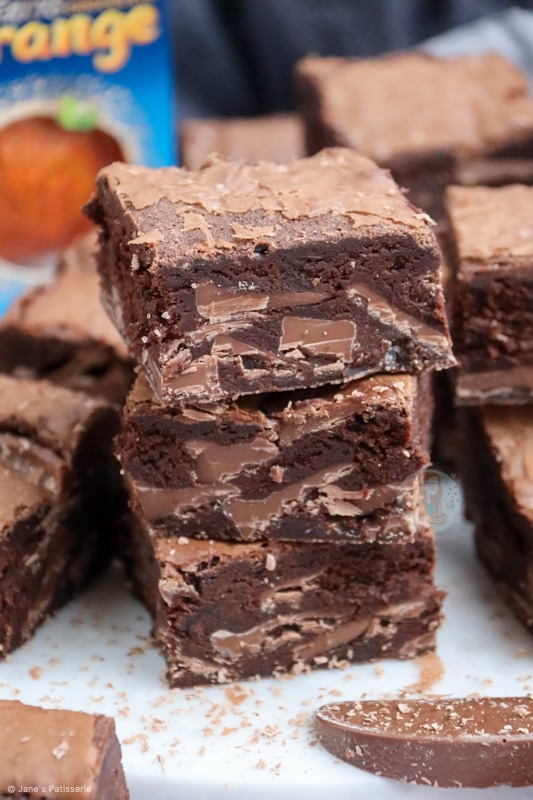 It’s not secret that I adore chocolate orange – I already have oodles of other chocolate orange recipes on my blog, so I think that says it all really… One of my first recipes to get seriously popular was my chocolate orange cookies, which are amazing by the way, like I have no joke made them over 50 times. 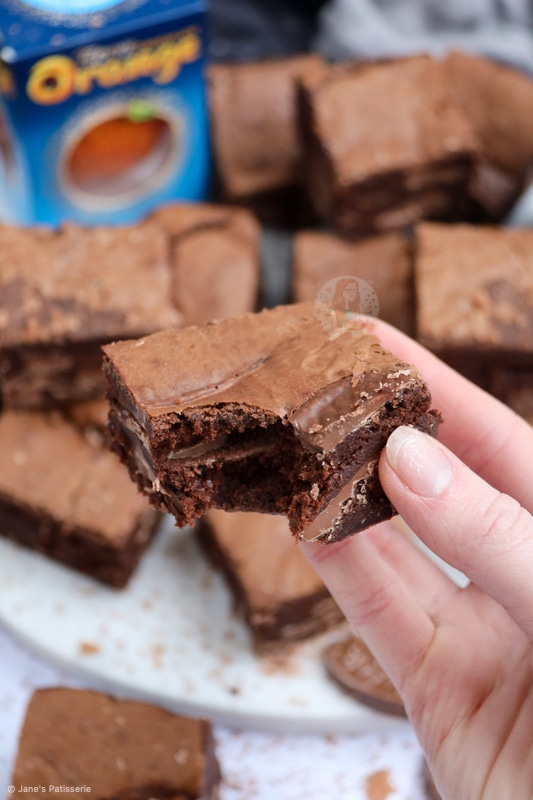 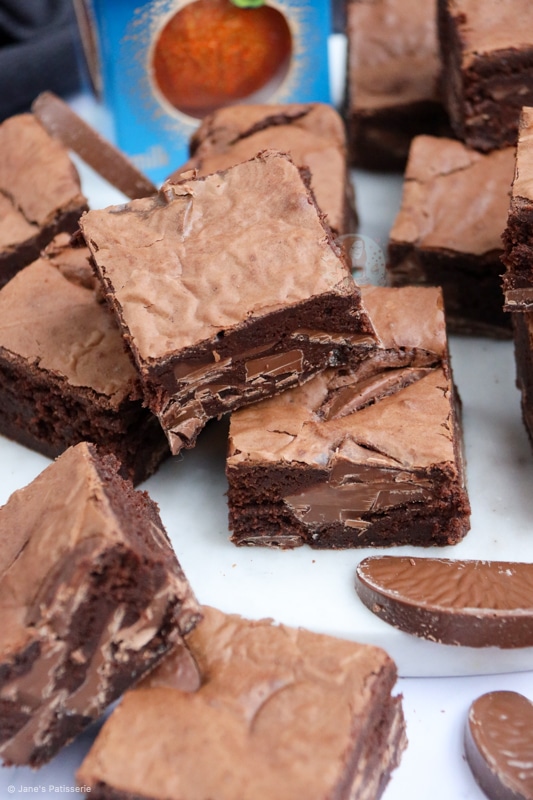 The delicious texture and moistness of a brownie is heaven in a bite, and with the addition of the chocolate orange, these are utter perfection in my opinion. I make these in the same way as the majority of my other brownie recipes. I melt the chocolates and butter and leave to cool.

I always find using different brownie recipes is a good thing, and I love to test other brownie recipes out – some fail completely, and some you just don’t want to mess with! 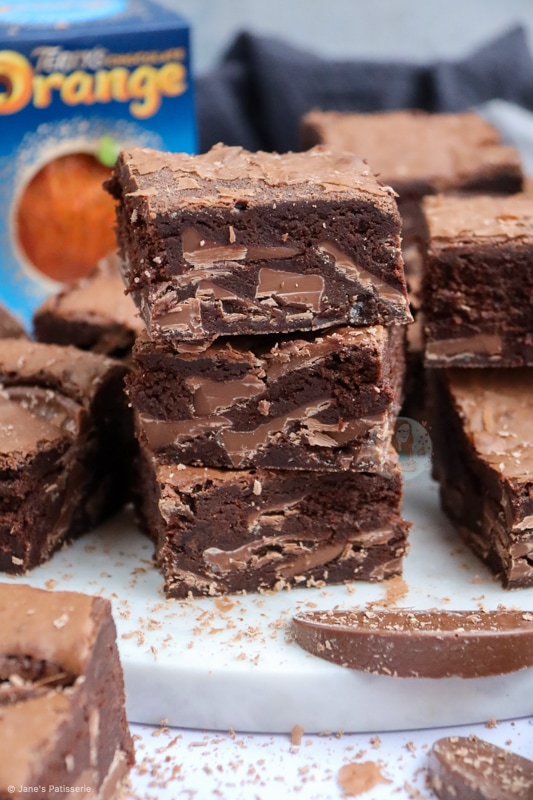 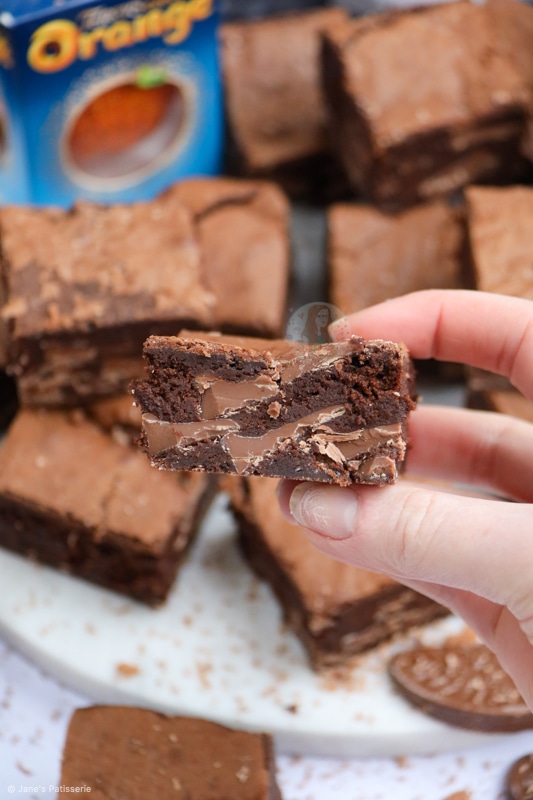 I did try baking these recently by using the Terry’s chocolate orange itself as the base chocolate (rather than dark chocolate) but because of the orange oil in the chocolate, it didn’t quite bake in the same way. However, if you still use dark chocolate AND the Terry’s it works wonderfully.

You could tell it was different as the consistency of the Terry’s and melted butter was so very runny, whereas the dark chocolate and Terry’s chocolate orange mixed with the melted butter was thick and delicious. I’m not saying using Terry’s on its own wouldn’t work, but you’d need to use two-three Terry’s in that, and also two Terry’s for the chunks.. so it gets expensive.

As you can see from the images, these are the gooiest and most glorious things on the planet. If you don’t like the mixture of chocolate and orange together however, then you are obviously not going to be a fan. For me, these are literally just ideal. My Terry’s chocolate orange cookie bars are a much firmer type of bake (obviously, as they are like a cookie), but these you can get away with being super gooey. 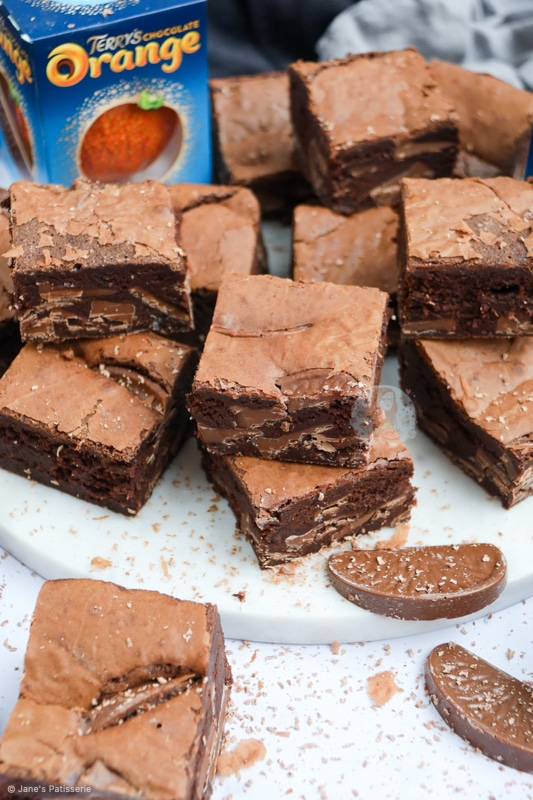 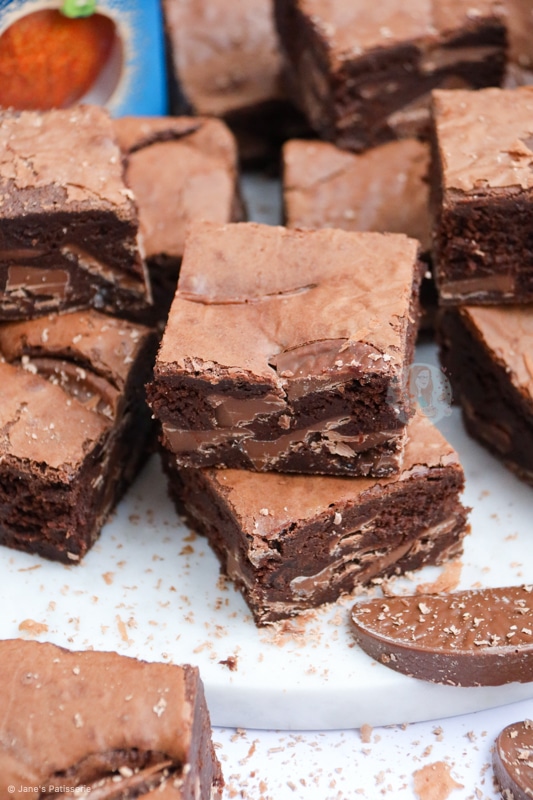 I do kinda like to under-bake my brownies in a way, but I realise some people aren’t the same as me in that sense. These do require quite a bit off effort with the melting, folding, folding again, and then the final fold in of all the chocolate chunks… but they are 100% worth that effort!

Imagine baking these bad boys, and then having one with a giant chunk of Terry’s chocolate orange ice cream, or even a chocolate drizzle… heaven. ENJOY! 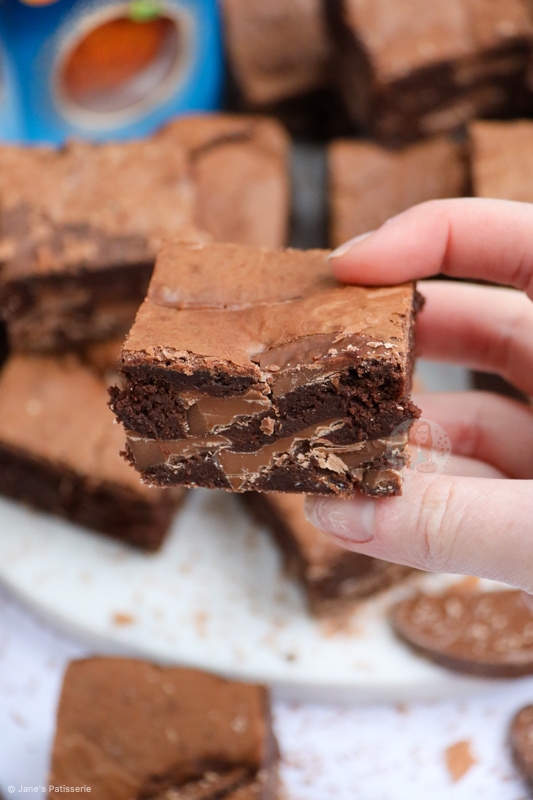 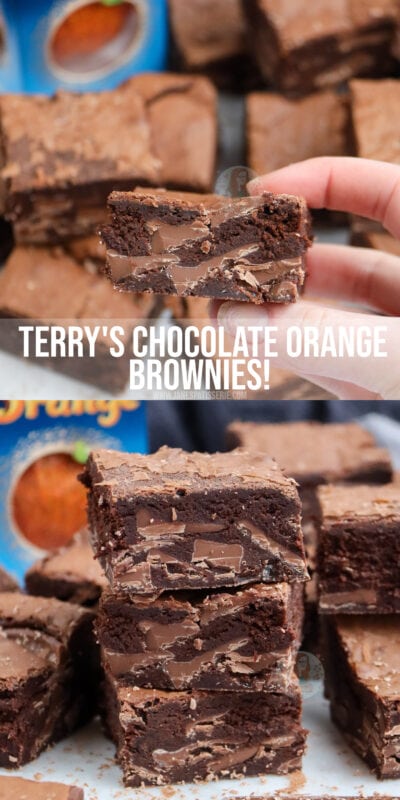 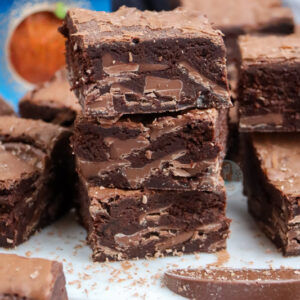 You can find my other Brownie & Chocolate Orange Recipes on my Recipes Page!