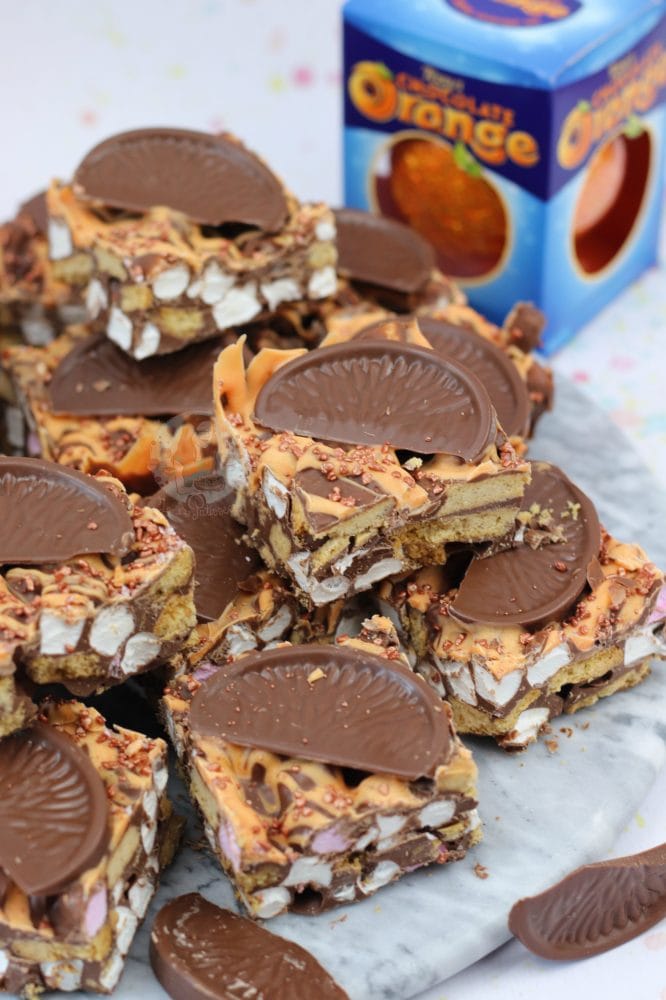 So Christmas is upon us yet again. It honestly does feel like Christmas 2015 was only about 4 months ago, not a year however. I don’t actually mind that its Christmas Season already, as Christmas is the absolute and utter BEST time of year! The Christmas build up starts on November 1st for me, but I will happily watch a Christmas Film all year round. 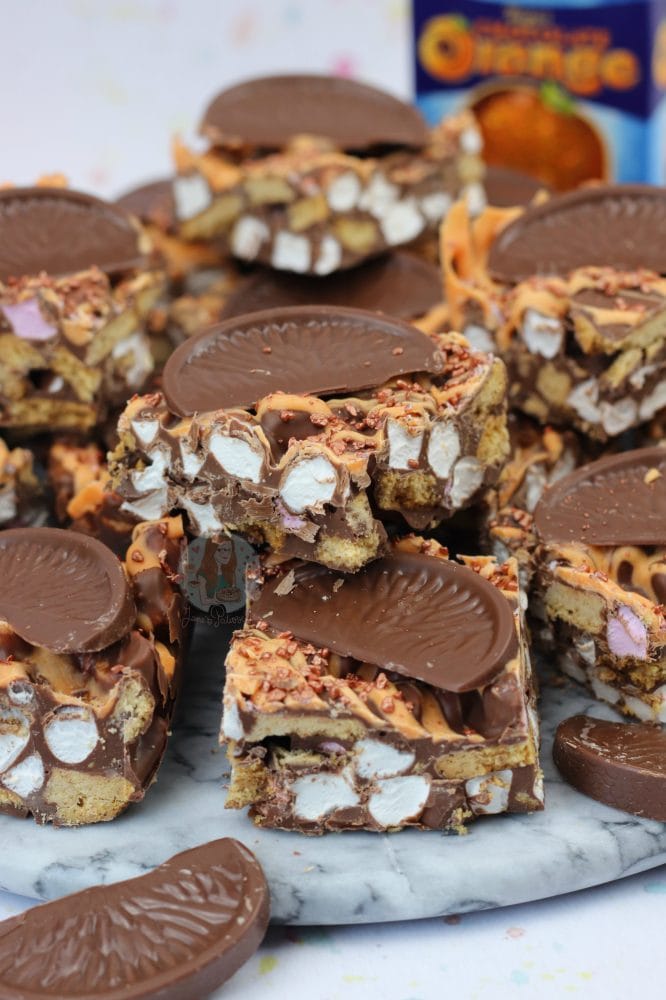 However, I tried using my regular Rocky Road recipe, and well like… I think the Orange Oil in the Terry’s Chocolate Orange is a bit of a curse. Sometimes, it doesn’t matter or affect the ingredients (such as in my No-Bake Terry’s Chocolate Orange Cheesecake) but other times it can change it. For example, quite often it is easy for something with Terry’s in to split eeeever so slightly. It’s not guaranteed, and often it can work absolutely fine, but even Buttercream can go a little odd with it.

So, when I tried my Rocky Road recipe with the Terry’s, it did in fact split a little. I used a low temperature, and over the Double Boiler, so I know it wasn’t anything to do with that. However, either mixing the Golden Syrup with the Terry’s, or the Butter, made it fail. I could be wrong, but its happened before soooo we’ll stick with that! 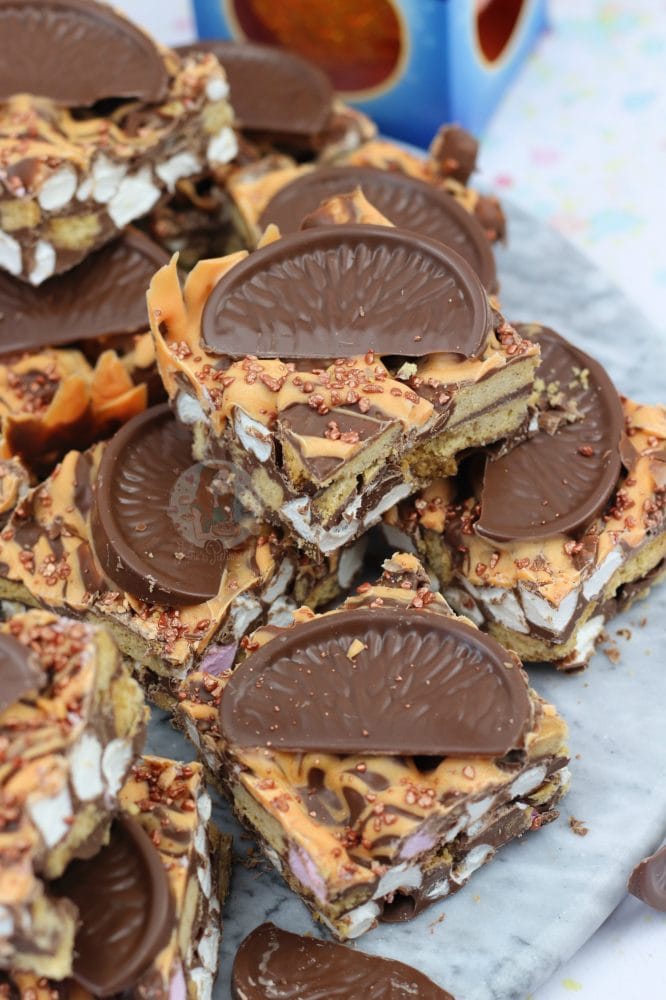 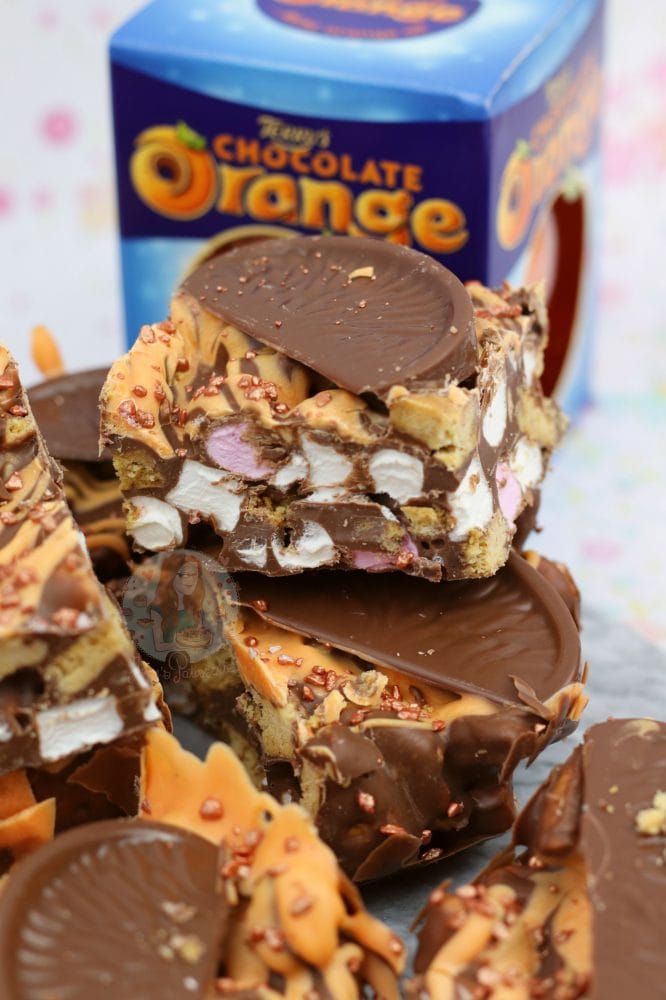 This recipe does just use chocolate, so it is a little harder… but since making this recipe a few times I updated it. The original recipe used some condensed milk as well, to make it slightly softer, but I’ve grown to be not so much of a fan of it. So, it now just uses chocolate. Obviously, I do usually go against this for rocky roads because its solid, and can often hurt my teeth, but this one tastes so good I will happily ignore it.

I adore this recipe because I adore Terry’s Chocolate Orange. Anything Terry’s, and I am there. Like seriously, this should be obvious. This will be my Tenth Terry’s recipe on my blog I believe, and I shall not be stopping here. So, BE WARNED, if you don’t like Terry’s Chocolate Orange, you probably won’t like me or this recipe. But either way, its the perfect *non*bake for Christmas and year round! Enjoy! 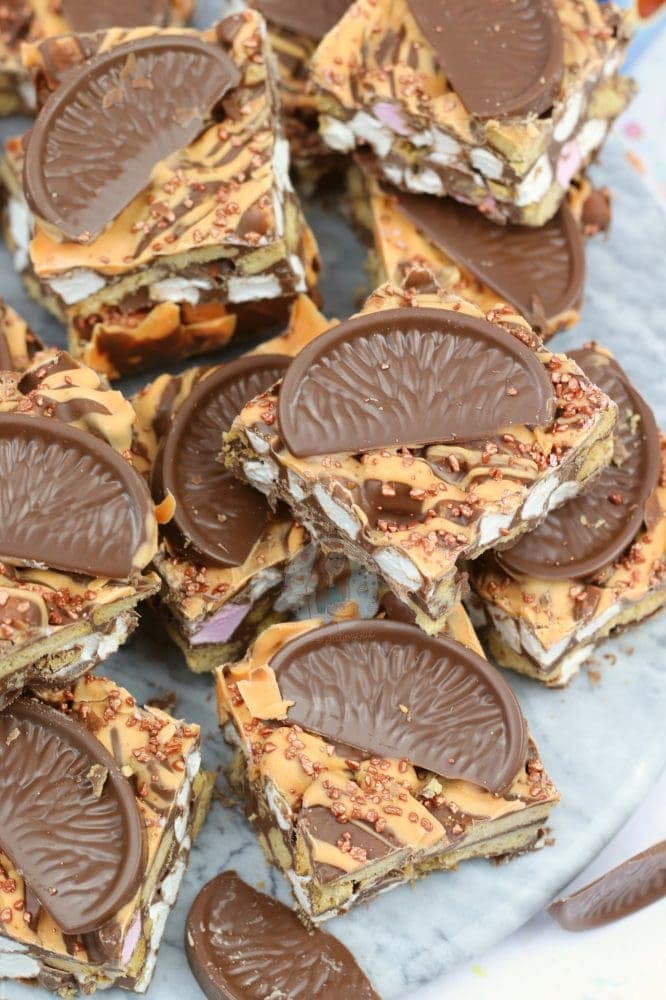 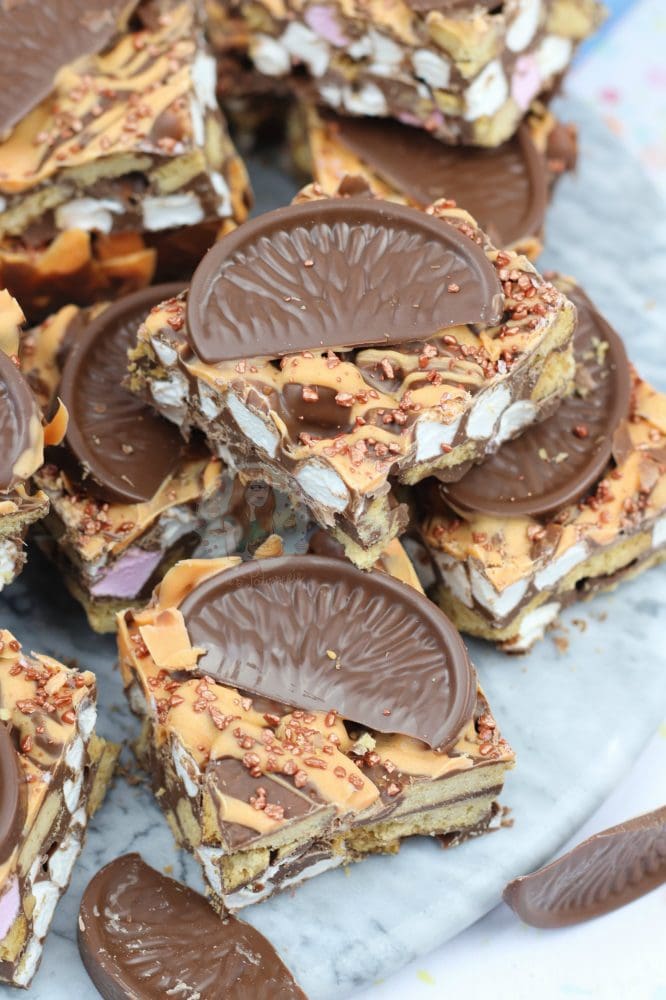 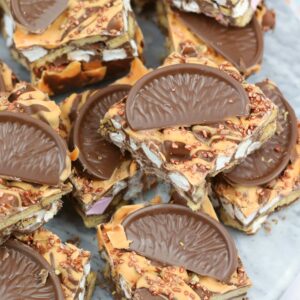 Find my other Rocky Road & Christmas Recipes on my Recipes Page!