Delicious and sweet homemade cinnamon rolls. Easy to bake, and even more delicious to eat. 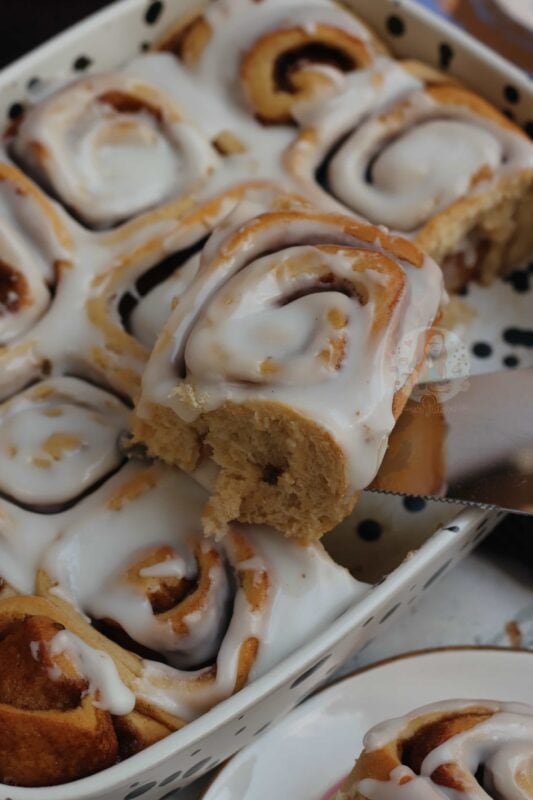 So I’ve tried my hand at several different breads over my time of baking more, but most of that was at cookery school. I don’t often post dough related recipes on here as I feel like there not going to have much of a reception, but I feel like I could be wrong there. Is it wrong? You tell me… but I bloody love bread.

This recipe is based quite a lot on my lemon & blueberry sweet rolls recipe, because I just love it so much. I’ve never had an issue when baking them, and I just adore the lemon and blueberry flavours.. but the classic is cinnamon really. 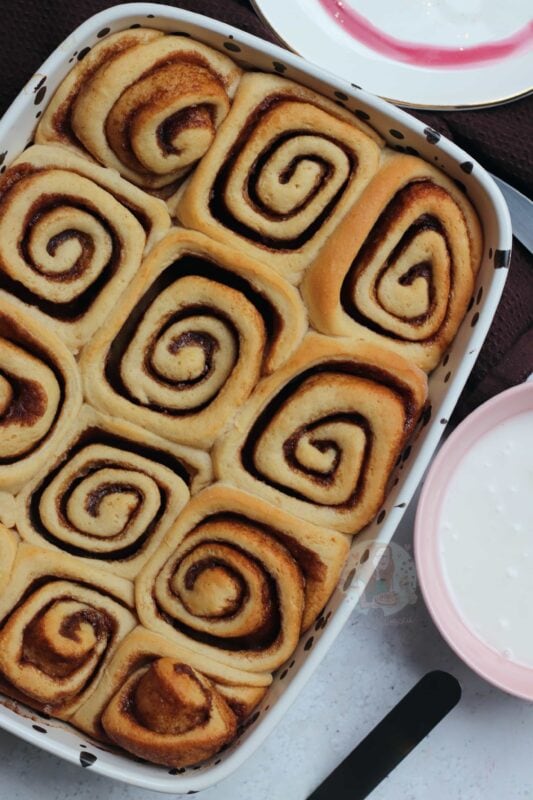 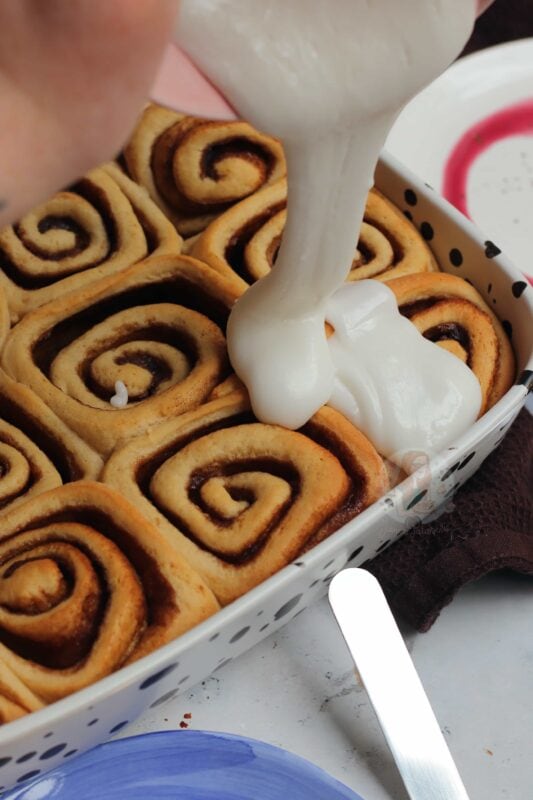 I often get a cinnamon roll when I go to my local starbucks or other coffee shop to work, and I do question why I haven’t posted a recipe for these sooner.Obviously, if you aren’t a fan of cinnamon, you’re not going to like these. However if you like cinnamon, you’re going to be a BIG fan. I am obsessed.

I adore my baked cinnamon doughnuts recipe, because its warm and cinnamon-y, and these are just as good. A bit heavier admittedly because they are an actual dough, but still so cosy and warm. I realise it is now coming into spring and then summer, but I love cinnamon year round. 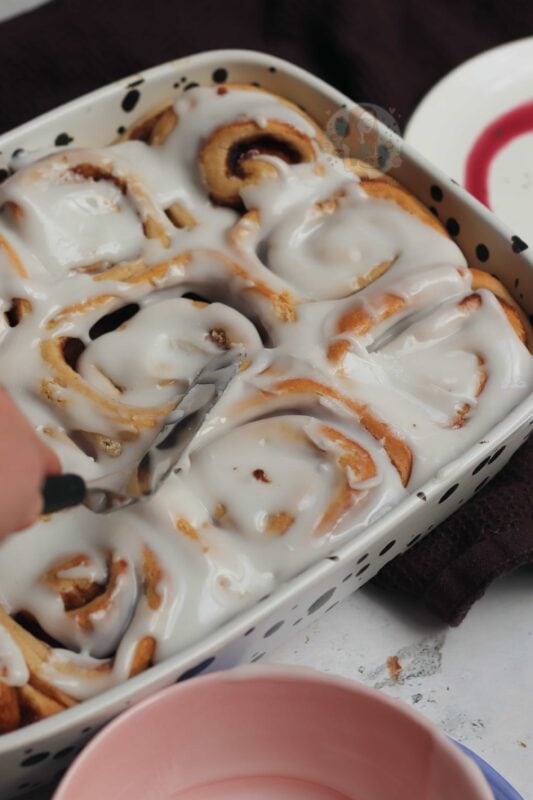 A lot of people say cinnamon is a Christmas thing, and it is very good round that time of year, but my gosh I just adore it all the time. Cinnamon rolls are just the epitome of heaven in a bite. I make sure that my cinnamon rolls are quite thick with cinnamon goodness, but thats entirely your choice.

They are very adaptable, and can easily be made less or more cinnamon like, but that’s something you can work out easily if you make these a couple of times. You work out what is your favourite. 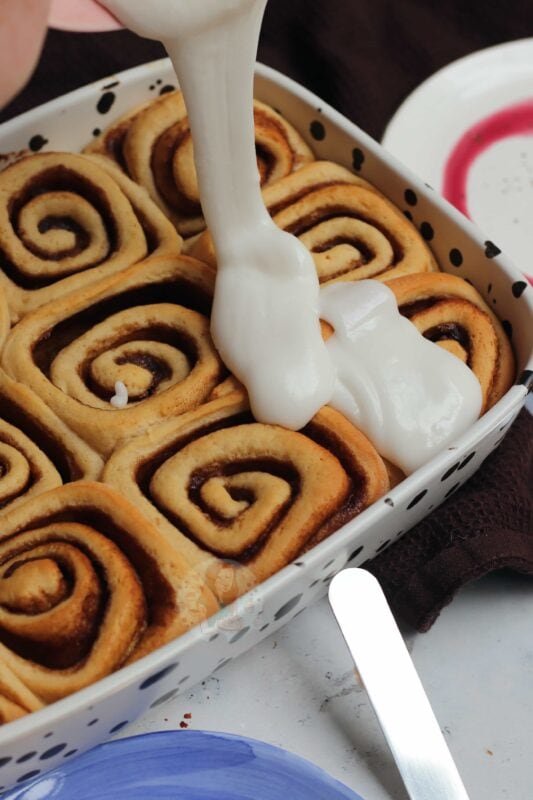 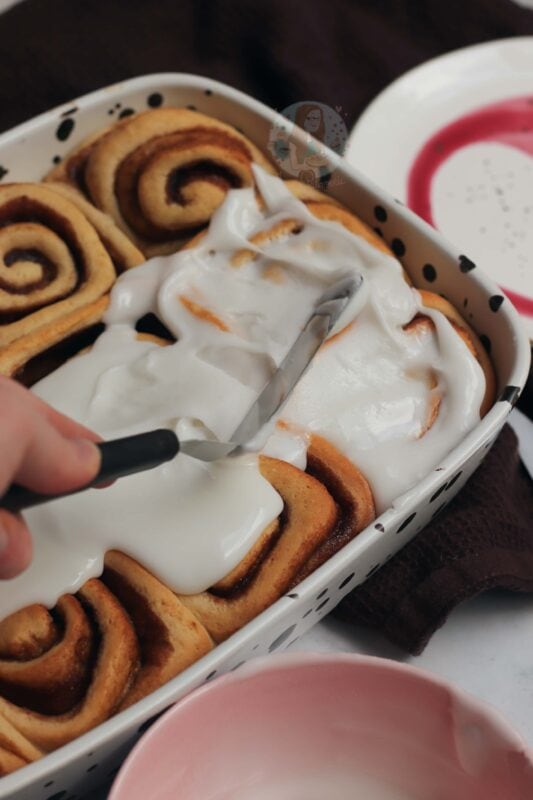 I will say I feel like I’m a bit of a cheat when it comes to baking anything like these, or my sticky  chocolate sweet rolls, because I use my KitchenAid with a dough hook.

When I was in cookery school, I had to knead all my dough by hand, so I quickly learned the techniques because I simply had to, but now I don’t ~have~ to, I’ have become very lazy in that department. The dough hooks look a little weird when in use, but it works so well, and its so easy.

Literally bung the ingredients in, and let it do its thing. It will be a sticky mess at first, but it soon comes together. It’s sort of magical to watch all the ingredient come together to form the perfect dough. 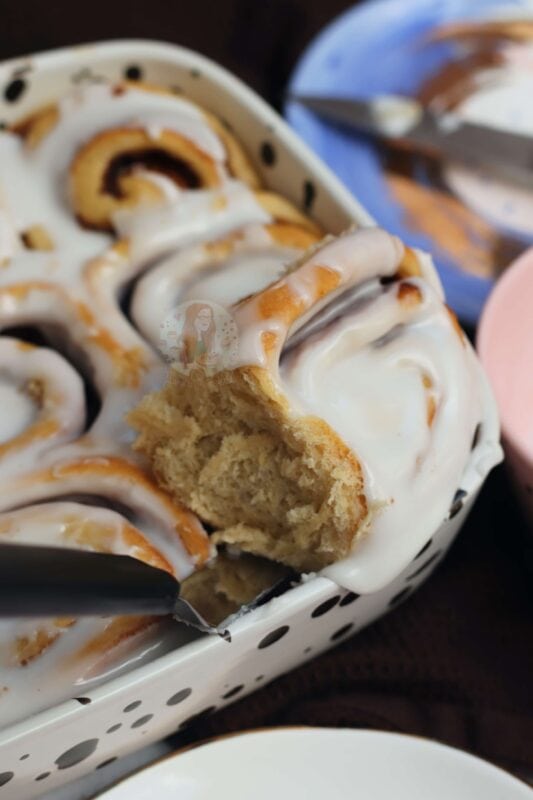 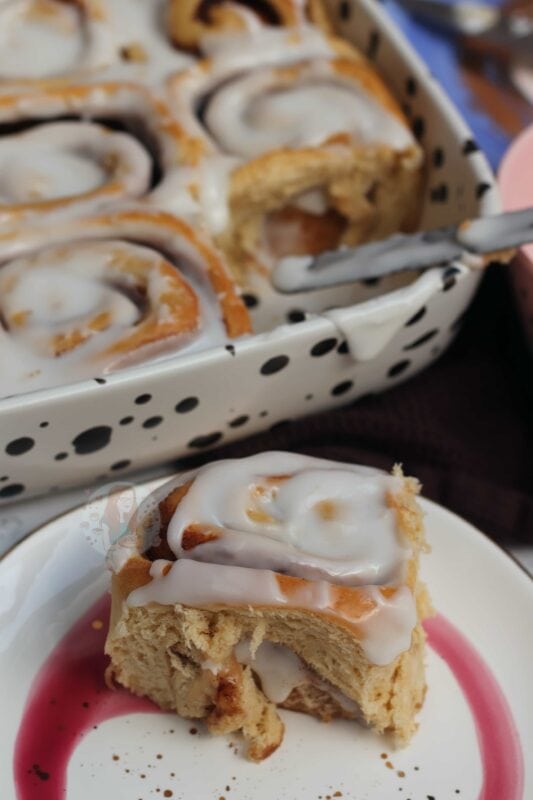 If you are kneading it by hand, you will probably want to try kneading it in a bowl for the first couple of minutes so that you don’t have to add in too much extra flour to stop it sticking to the work surface. However, you do you. I am lazy, we all know that, so I let my dough hook do its thing. 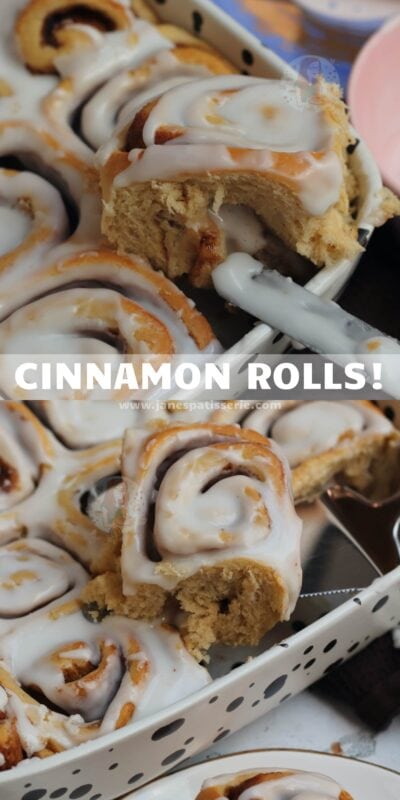 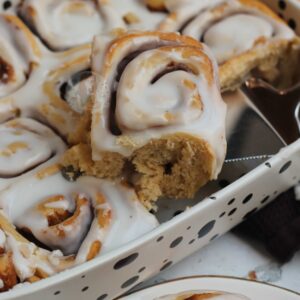 Find my other Bread & Cinnamon Recipes on my Recipes Page!