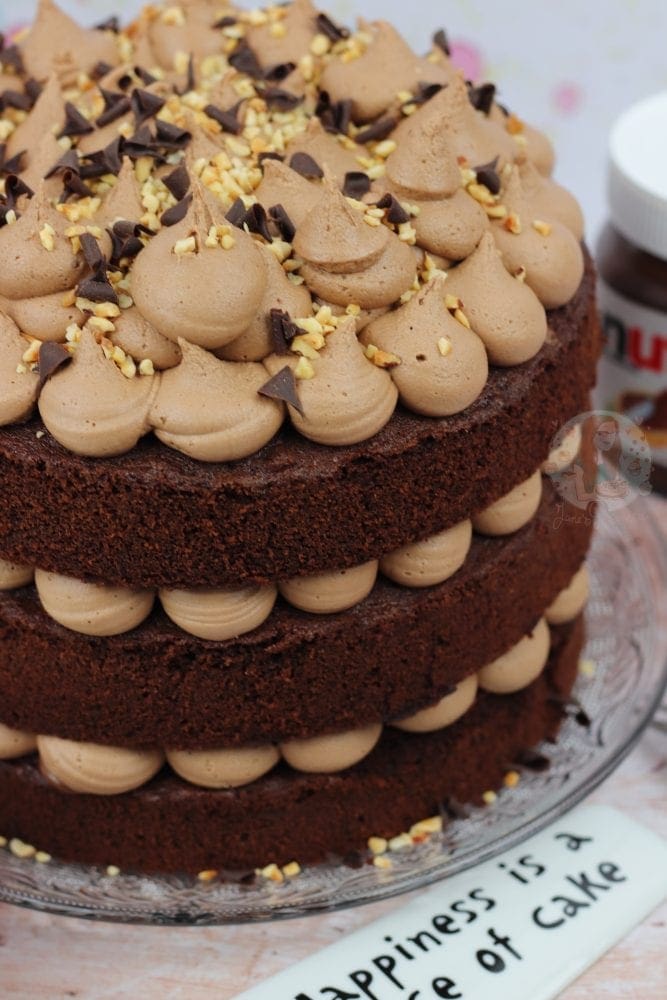 I’m not really sure why on earth its taken me so long to post a recipe like this, but it has. I’ve posted several Nutella recipes in my time, but an actual cake hadn’t happened so it was about time! Also, I was getting way too many requests to actually ignore it any longer. I apologise to anyone who requested this a while ago, but its here now!

This recipe is quite similar to my Nutella Cupcakes, but why mess with something that isn’t broken. I do often say to people who ask if my cupcakes can be turned into cake that they can, usually you double it and split it between two 8″ tins for example, but as I was posting this as a standalone recipe (for those who actually search for it), I went for the classic three layer cake instead. 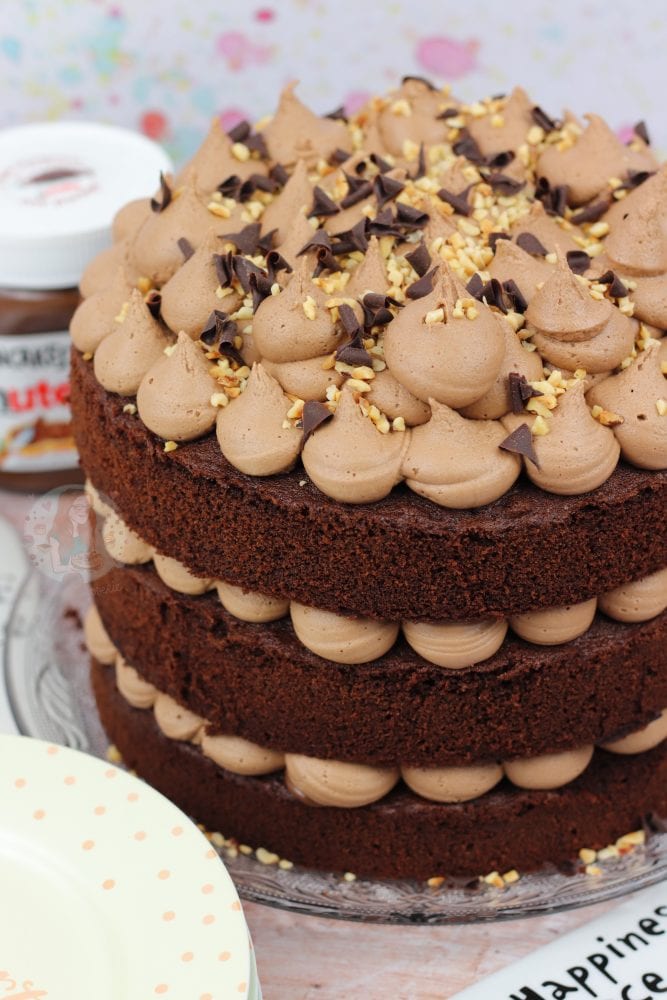 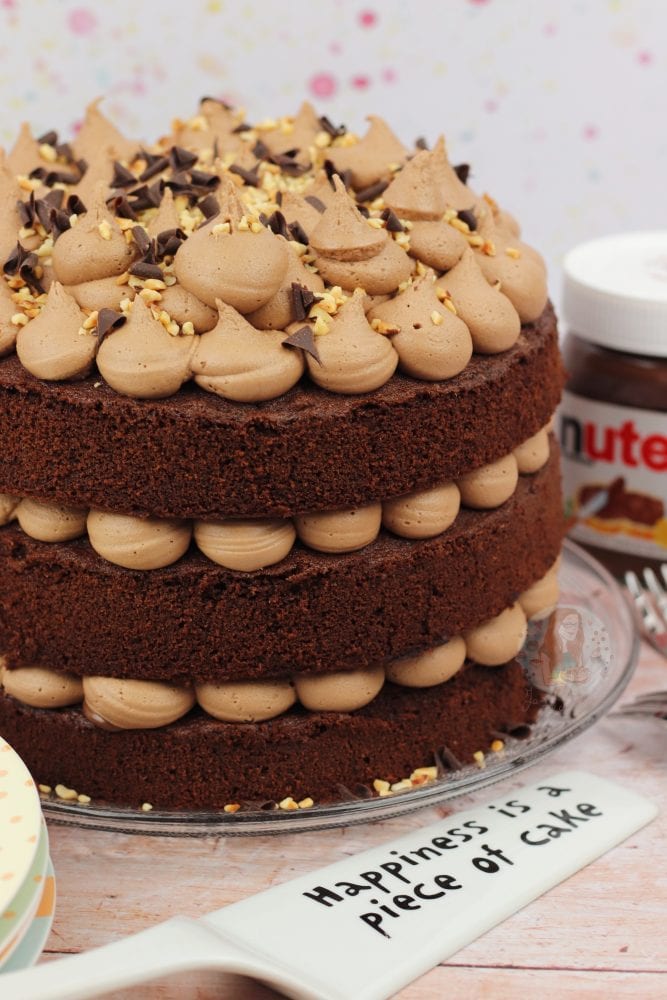 I realise not many people want to bake a cake that is so big, but they look so much better in the pictures that I don’t see why I shouldn’t bake it as three layers. Besides, I have a lot of taste testers and they all need a share to make it fair… but if you do only want to make it two layers, then there is tips in the Notes section of the recipe on how to do this. Or, double my Nutella Cupcakes as already mentioned.

I’m not sure if there is anyone out there who will read this blog who hasn’t heard of Nutella before, but there may be some people who don’t like it. I will admit that it isn’t the best thing on the planet to me, but I do enjoy it. I am more of a Biscoff kinda gal, which is why I love my Biscoff Cake recipe so much, but this is basically just the Nutella version of that as well. 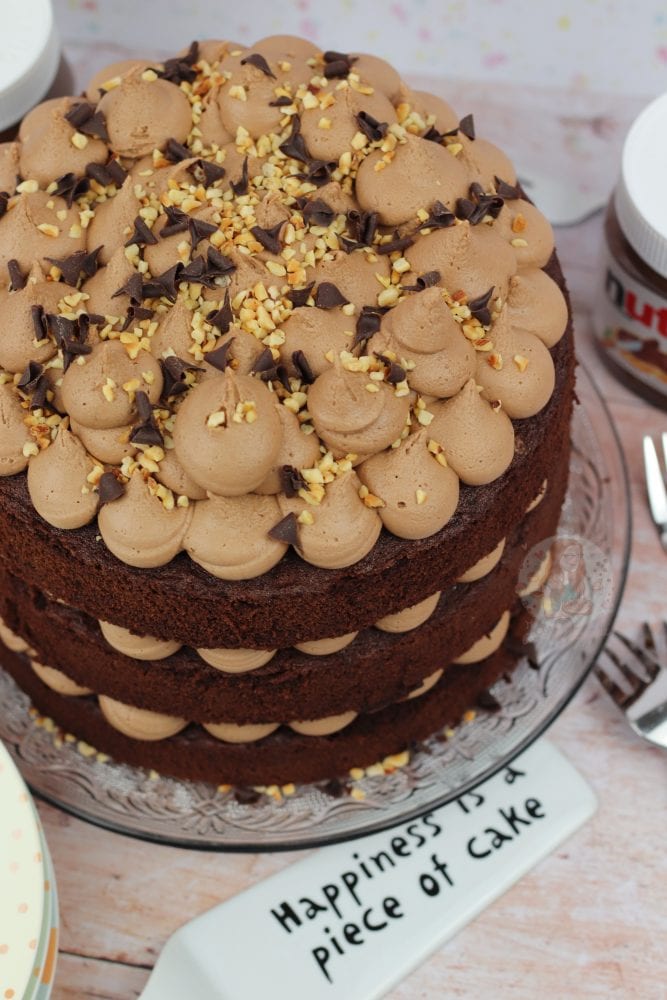 I thought that I should pipe on my Nutella Buttercream because it looks far prettier in my mind compared to smothering it on, but that is a complete option. I used this round piping tip to pipe on my buttercream, and its just so darn pretty, but decorating it like I do my Neapolitan Cake instead would have also worked well. I’m a bit of a perfectionist when it comes to piping, so if I did mess it up halfway through, I would probably wipe it all off and start again, but sometimes it just works.

Piping is something that I learnt, and I would say every other baker in the world learnt, by just doing it. I realise some people struggle, but even the size of the actual piping tip can make a difference. I use quite large piping tips because I think it looks better, but it also makes it easier for the buttercream to actually come out. If you use a really small piping tip that you sometimes get in shops, it just won’t work and will look a bit like string. 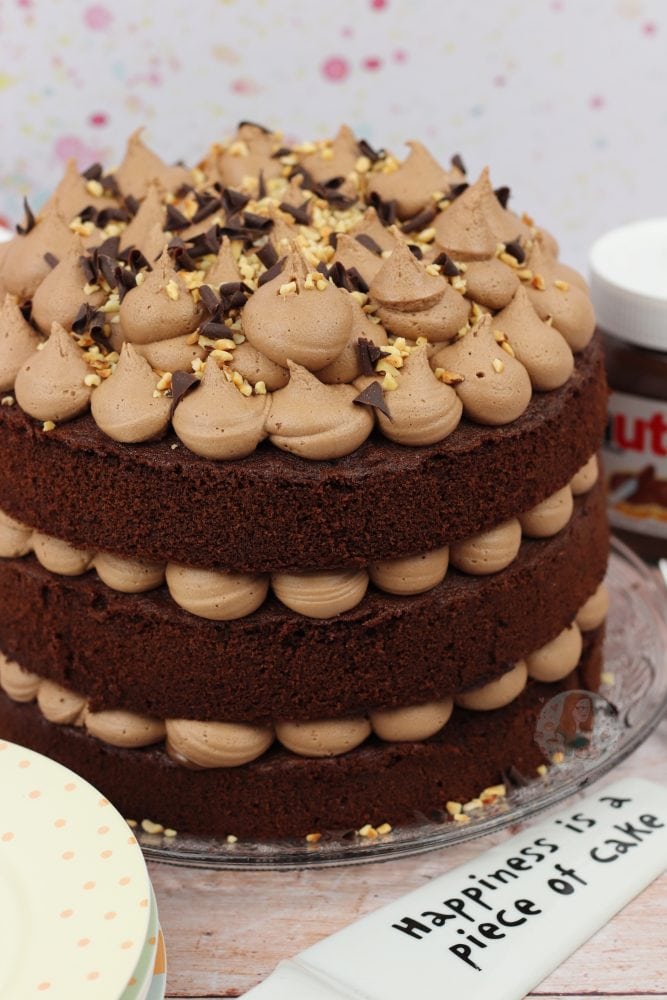 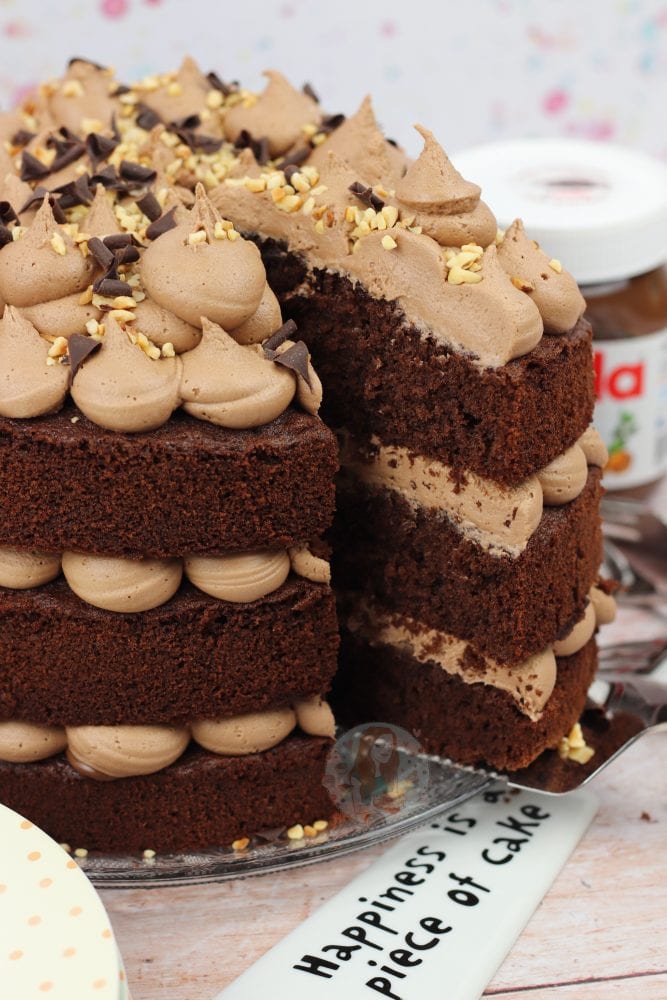 You could add the Nutella into the actual mix and then bake it, but I never think it has that much flavour once baked. A lot of the recipes that I use Nutella in have ended up being No-Bake, such as my Nutella Rocky Road, or Nutella Cheesecake. Or, they’re a part of the bake that doesn’t ever get heated such as the Buttercream. Also, because you basically end up using an entire jar of Nutella already, it prevents you from having to buy another one.

I used a drizzle of Nutella that I had warmed slightly to thin out, to make it easier, and some Ferrero Rocher and chopped hazelnuts to decorate it. It really doesn’t need too much as there is so much going on already flavour wise, I just like to make sure that there is some actual decoration going on. I’m not a plain person… I need a bit of show. It is entirely optional however, it just makes it look pretty for the pictures!

Either way, this is a super Nutellaee cake, so I hope you all enjoy it! x 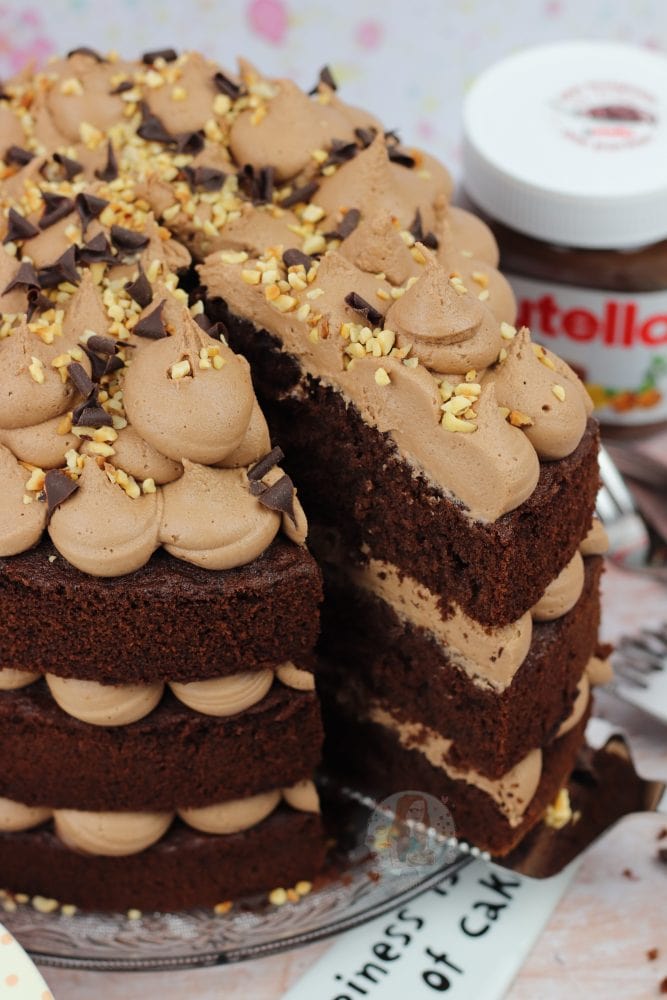 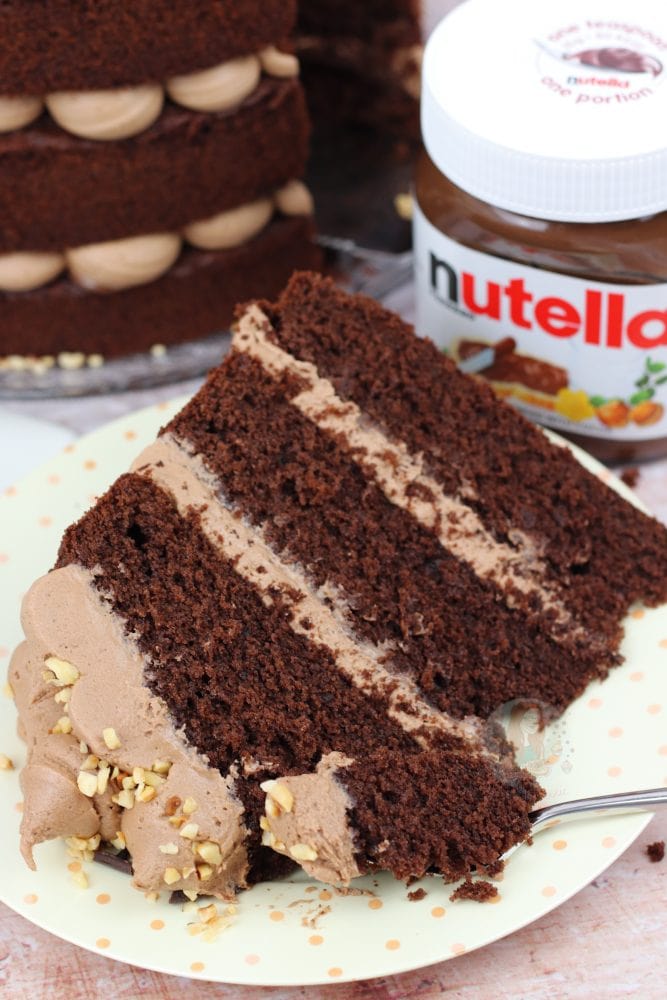 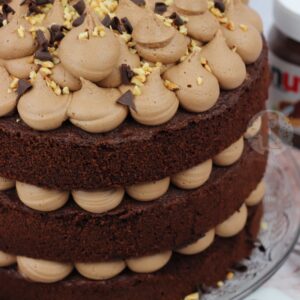