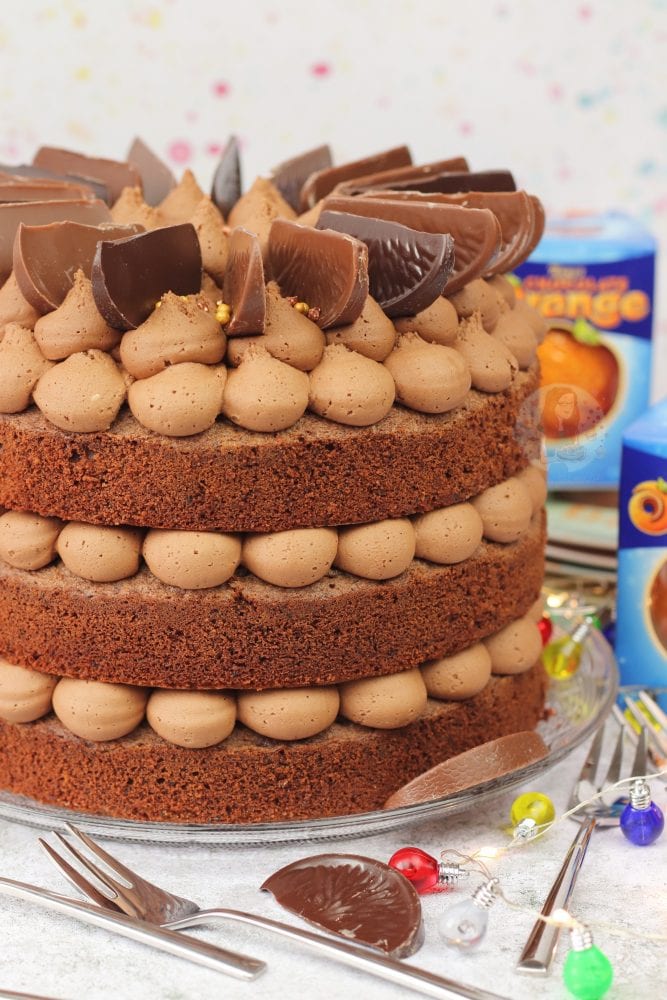 So… this beauty HAS HAPPENED. Yes, that’s right… this is a DELICIOUS three-layer moist and scrumptious chocolate and orange cake, with Terry’s Chocolate Orange Buttercream frosting sandwiched between. Basically, my idea of heaven in a cake. Every bite is the most delicious thing I can imagine. 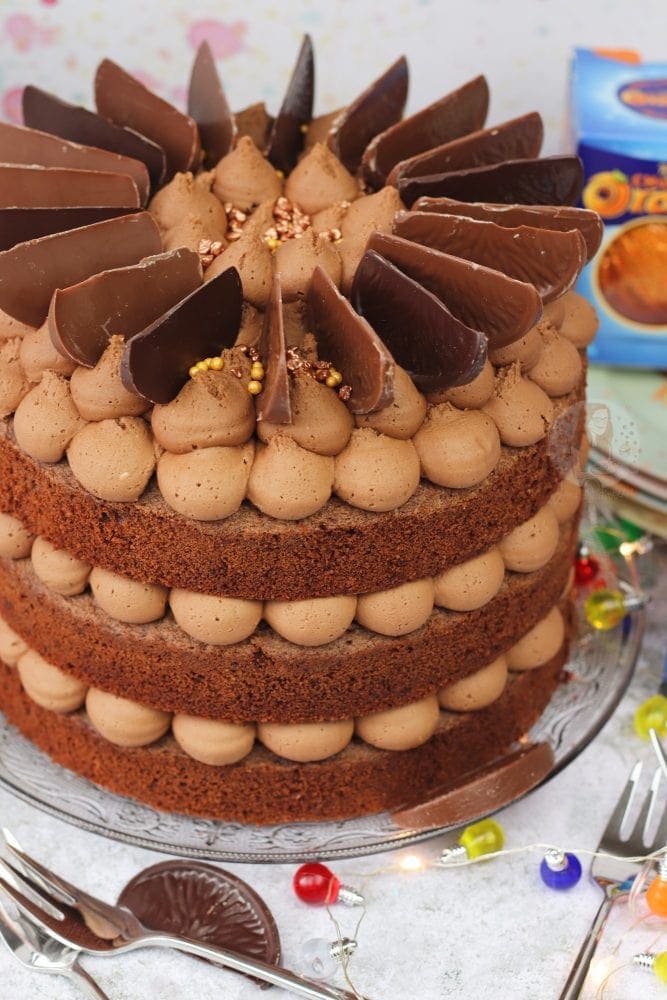 This does basically look like a carbon copy of my Nutella Cake, my Lemon & Blueberry cake, my Neapolitan Cake and so on… let’s just say that my style of decorating has changed this year and I love the ‘buttercream poop’ style as my roommate says. I say little round dollops or similar, but he says poops. Either way, I think it looks very satisfying.

The sponges for this beauty are a Chocolate Victoria Sponge style, with a little more cocoa powder in comparison to other chocolate cakes on my blog because I wanted it to be a really deep flavour. This deep flavour contrasts SO well with the Orange Zest and makes it such a wonderful flavour! Orange Extract is a good alternative if you don’t want to use fresh oranges, use two teaspoons worth! 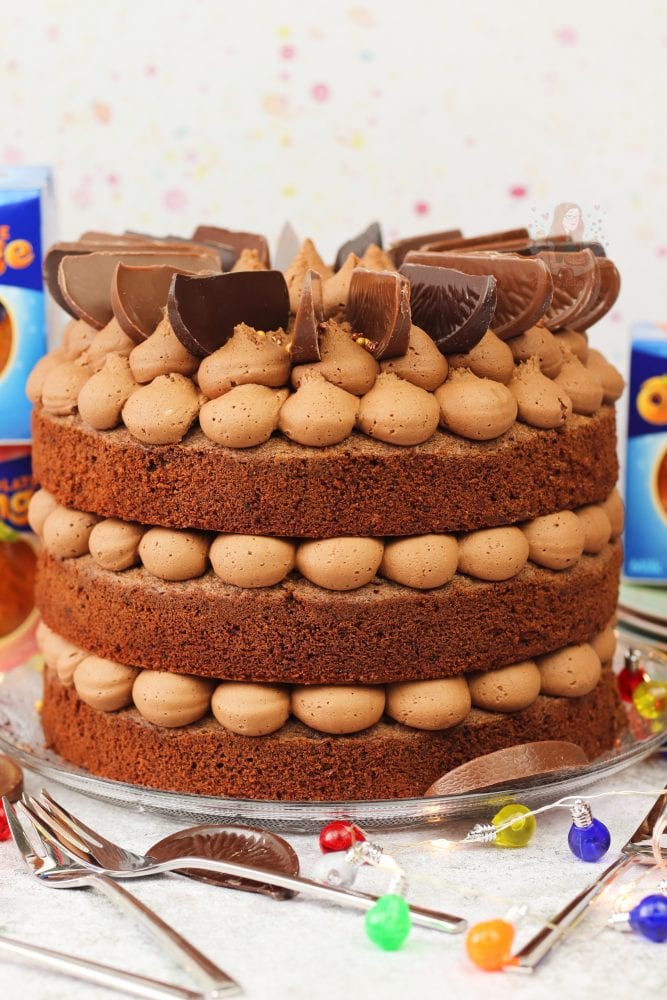 The Terry’s Chocolate Orange Buttercream is a bit of an odd one because its utterly delightful, but can be damn difficult to make sometimes. If you use a Milk Terry’s Chocolate Orange, it can work, but it’s much more likely to split in comparison to the Dark Terry’s. The thing about using the Dark Terry’s is by the time you’ve put it in the buttercream, it tastes like you’ve used the Milk Terry’s anyway!

I would completely and wholeheartedly recommend using the DARK Terry’s Chocolate Orange, or use plain Dark Chocolate Orange and a good quality Orange Extract. For all those people who are going to whine and moan that they don’t like Dark chocolate… give me a break. Trust me, it tastes AMAZING once in the Buttercream Frosting. 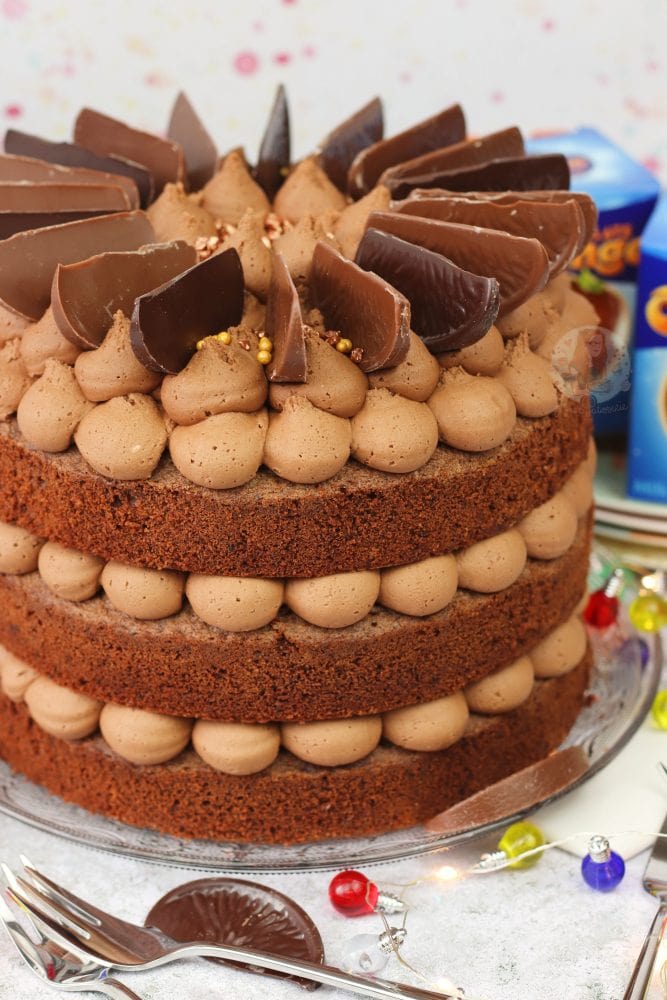 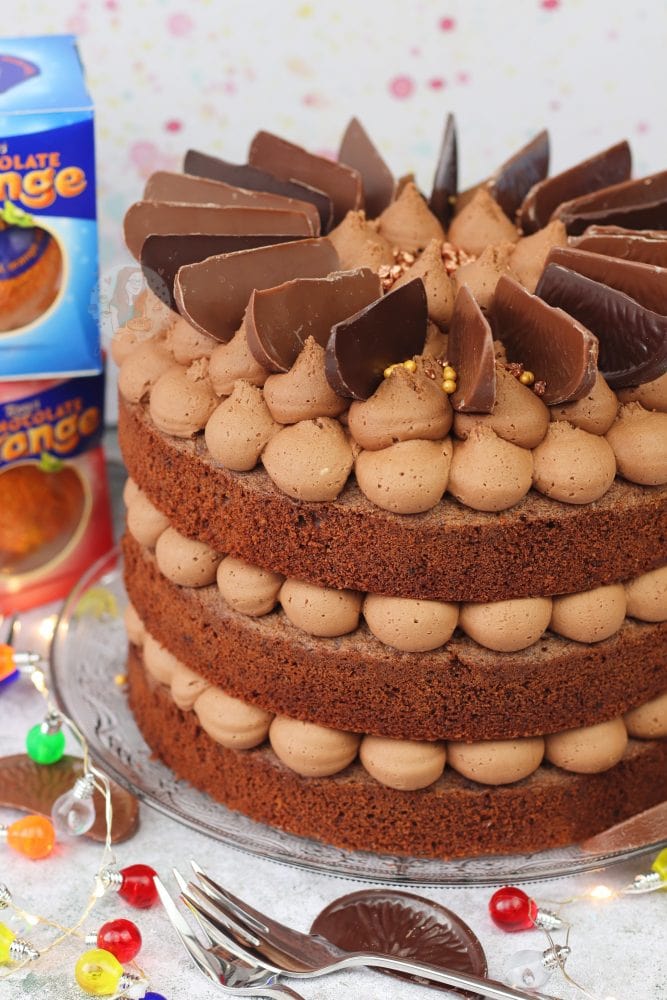 Recently, as most people in the UK will know, Tesco was doing a sale on Terry’s Chocolate Orange at 75p each which is practically unheard of… so I invested in quite a few. TWENTY FIVE of the beauties to be precise, but as I say, it was an investment. I figured as its coming up to Christmas, I would get through a fair few of them! 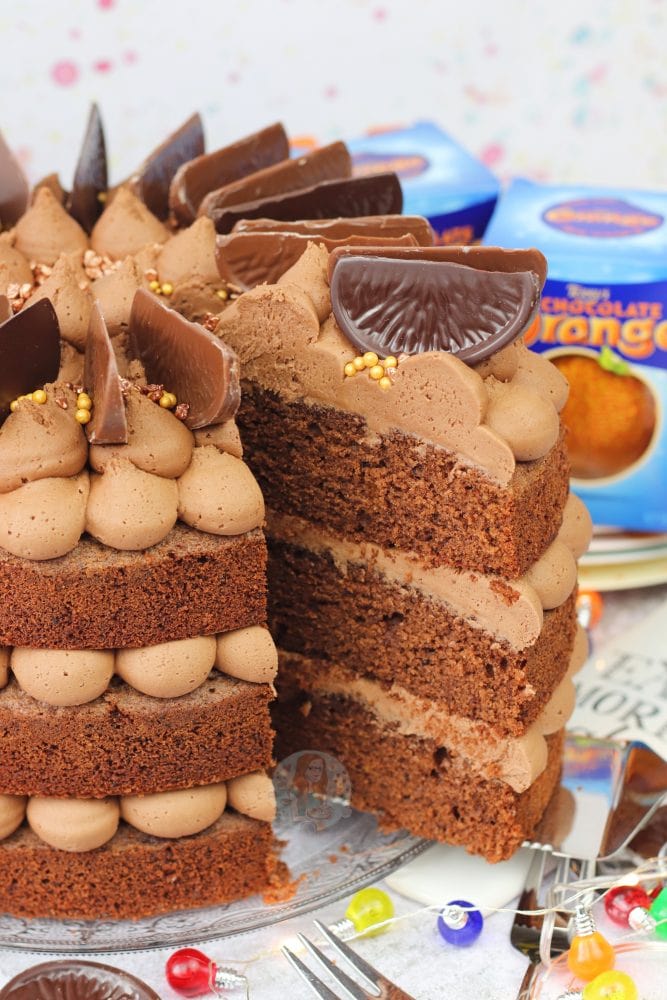 I would say that maybe the photos on this page aren’t my favourites, but you can see the pure Terry’s Chocolate Orange joy in the photos with the insane amount of segments on top. I realise having 21 segments on top of a cake is a bit much, but I thought it made it look funky! Plus, more than one segment per slice then.

I love this cake best on the day its made, but later on, its nice to microwave a slice for 10-15 seconds and have it slightly warm. Or, to keep it fresh and moist for longer, you can even add an Orange Drizzle on top! Use the Juice of 2 Oranges, and 75g of Caster Sugar mixed together and drizzled between the three sponges! 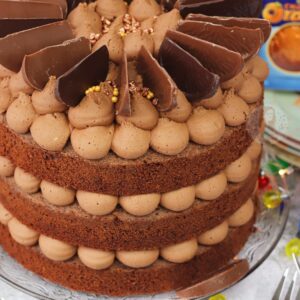