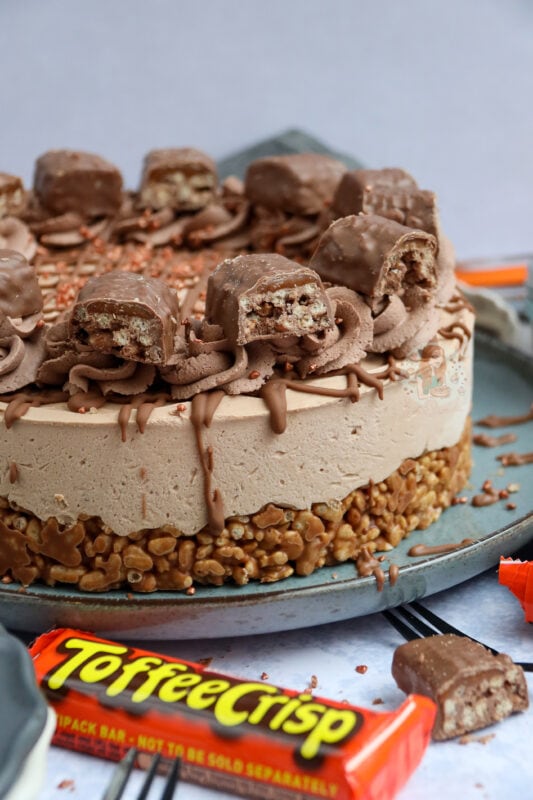 So there was this day, when I decided to splurge on £1 sweets at my local supermarket as they were just so damn cheap. I obviously, got so carried away that I have far too much. HOWEVER, that means plenty of chocolatey sweet things to be able to bake with!

I’ve had a go with a few different sweets recently such as with my Toblerone Fudge and my Terry’s Chocolate Orange Rocky Road and as they have been SO popular I knew another chocolatey sweet themed treat would be perfect. After seeing a recipe on Tastemade I knew I had to make my own version of a toffee crisp cheesecake! 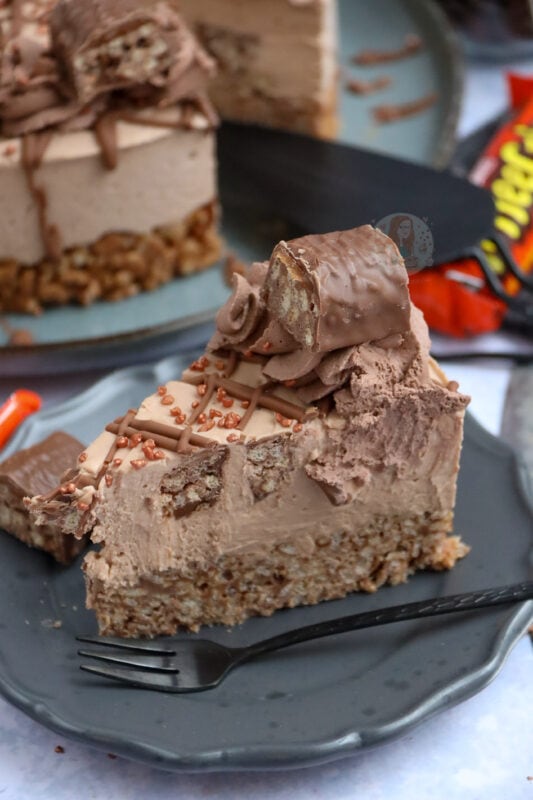 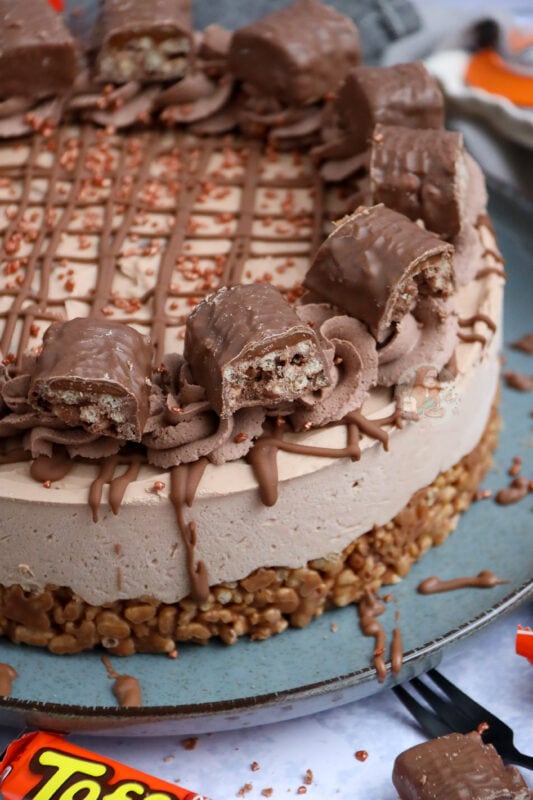 I wanted to make mine slightly differently, however. For the base, I used rice krispies as they’re what I had in the cupboard, and instead of using a combination of mars bars and butter for the base, I stuck to my delicious recipe of a mixture of chocolate, golden syrup and butter.

These ingredients make the dreamiest chocolate coating recipe for the rice krispie base so delicious and moreish. The mixture originates from my rocky road and it has never failed me.. its SO GOOD. 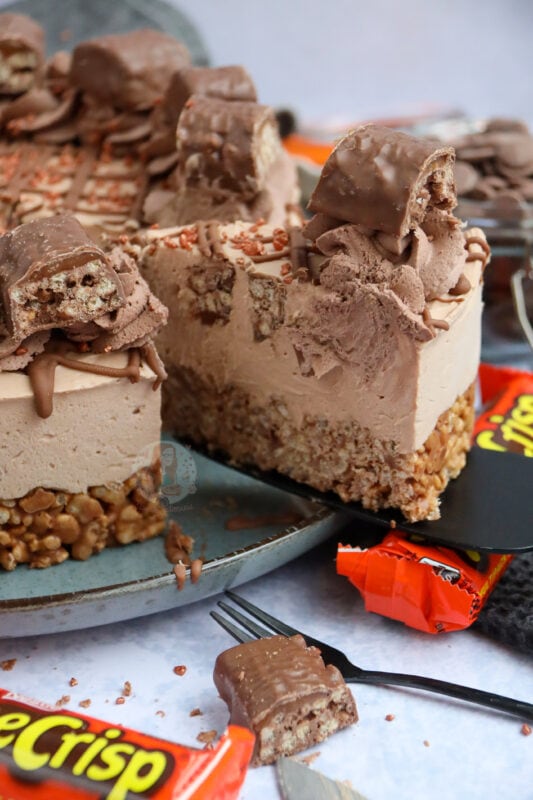 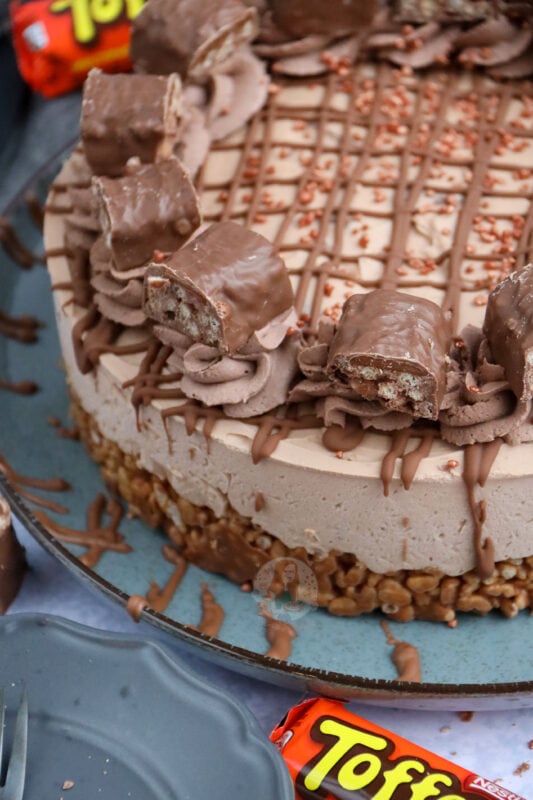 I have been so excited to share this with you guys since I made it as its my first toffee crisp recipe on my blog and oh my days it was DELICIOUS. I adore toffee crisps in general as they’re blooming lovely and addictive, but when baked into other treats that they’re based around?! Even better.

For the actual cheesecake filling I thought it was best to use a milk chocolate cheesecake base as it makes it sweet, but not overly sweet. I thought folding through pieces of toffee crisp, like I do in my no-bake honeycomb crunchie cheesecake for example, would be better compared to trying to melt it down to create the flavour. 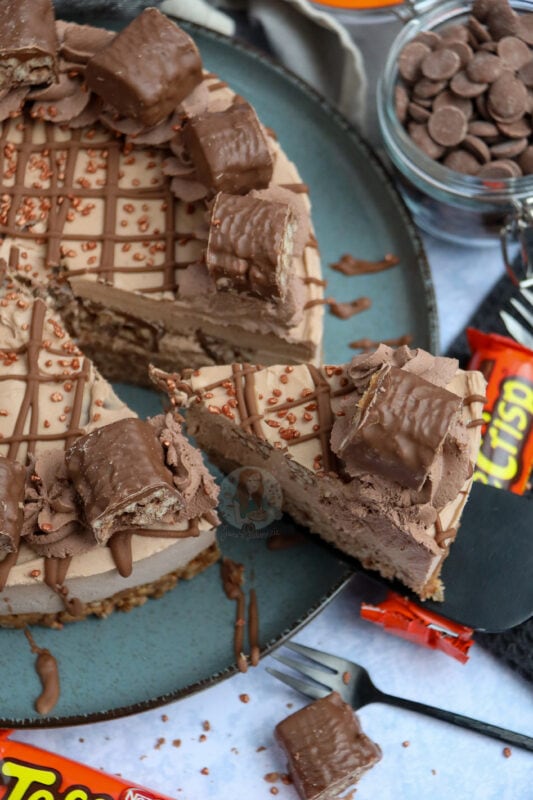 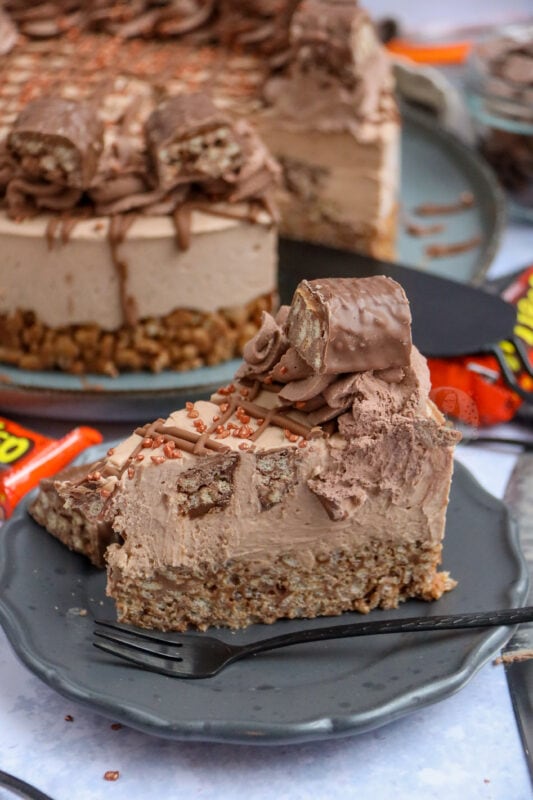 You could add in a bit of carnations caramel (e.g. no-bake mars bar cheesecake) to make it slightly more flavoured, but I think having the rice krispie base, with the filling as is, and a piece of toffee crisp on top is ideal.

I hope you all love this recipe, enjoy!! x 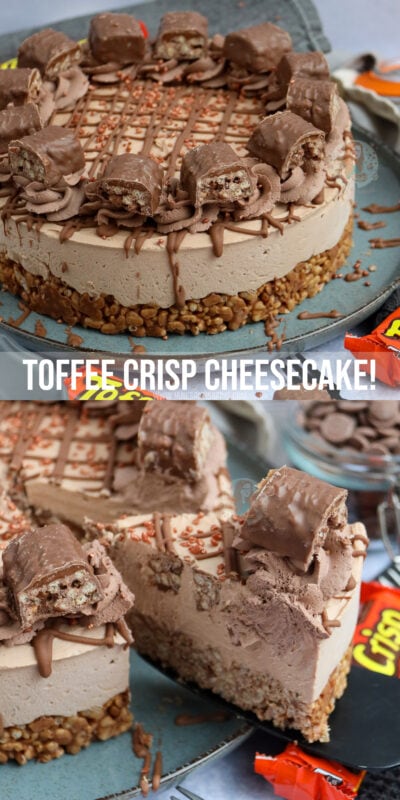 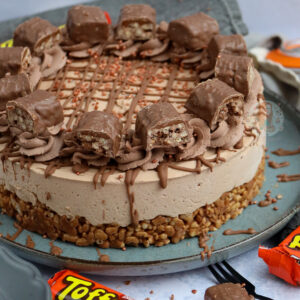