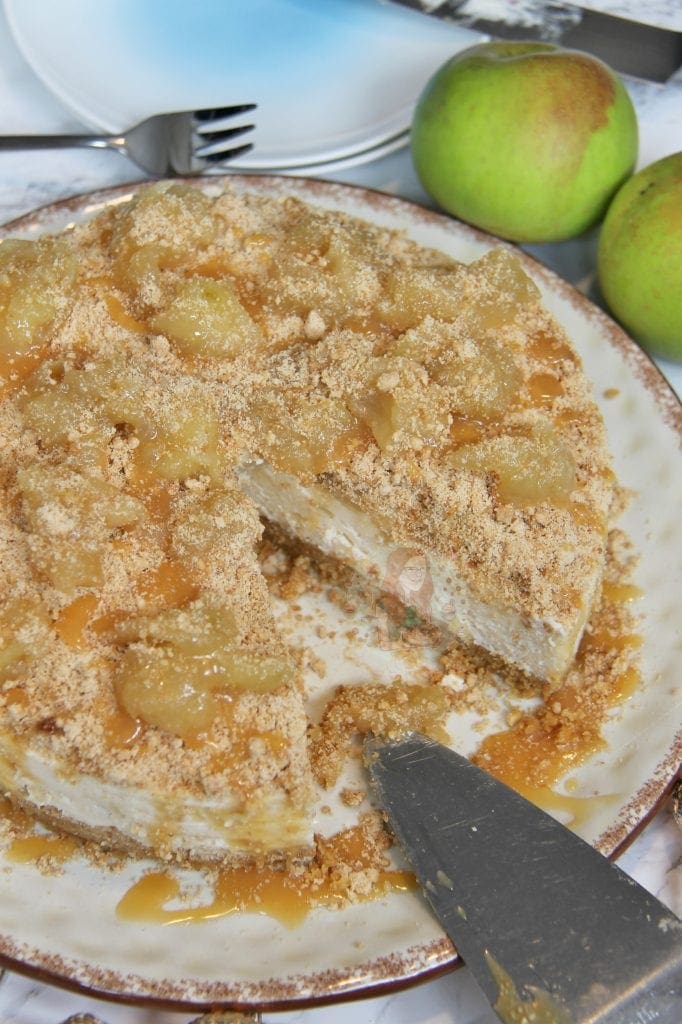 Soooo sorry if you don’t like crumble, because as you can tell, I have gone a little crumble crazy recently. I have posted my Apple Crumble Cupcakes and my Apple Blackberry Crumble Pie only recently, and I was just craving more! However, this time I thought I would merge the delicious idea of an apple crumble… into CHEESECAKE form! Honestly, so good.

I can’t technically call this a no-bake cheesecake, as you have to cook the apple, and the crumble part of the cheesecake… but the rest is a no-bake style. I have seen many recipes for a baked apple crumble cheesecake, kind of like my Apple Crumble Cake where the apple is just baked with the rest of it. The problem for me with this was that I felt like it could very easily go wrong. Also, I loved the idea of a lighter, creamier, sweeter cheesecake in comparison to a baked cheesecake filling. Baked cheesecakes can often be light and creamy as well, but with the apple, I thought the no-bake style was the best way to go. 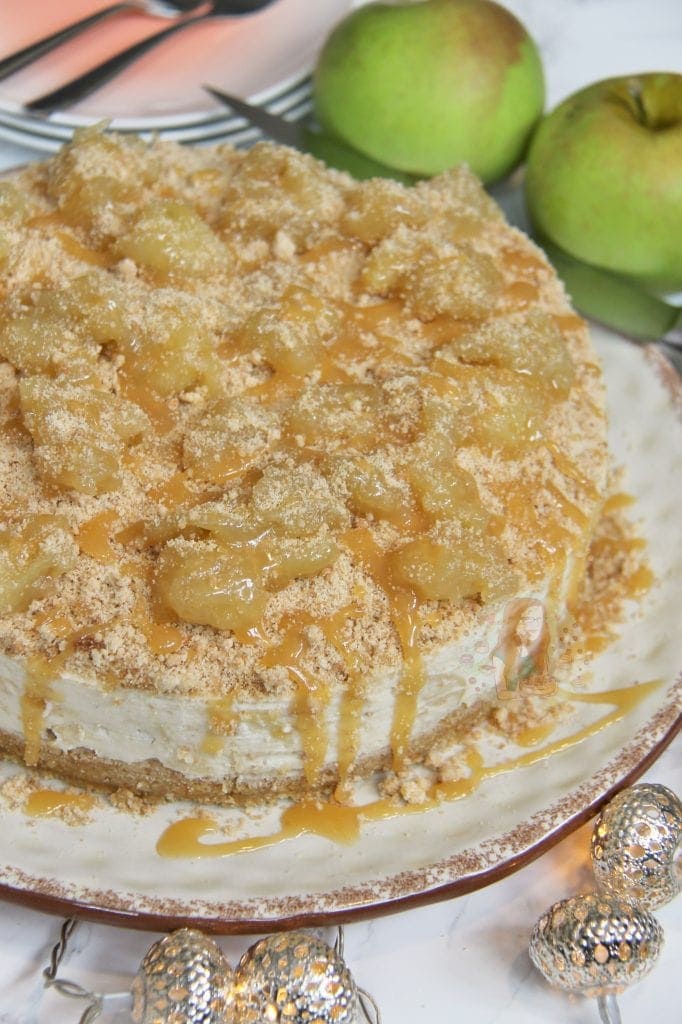 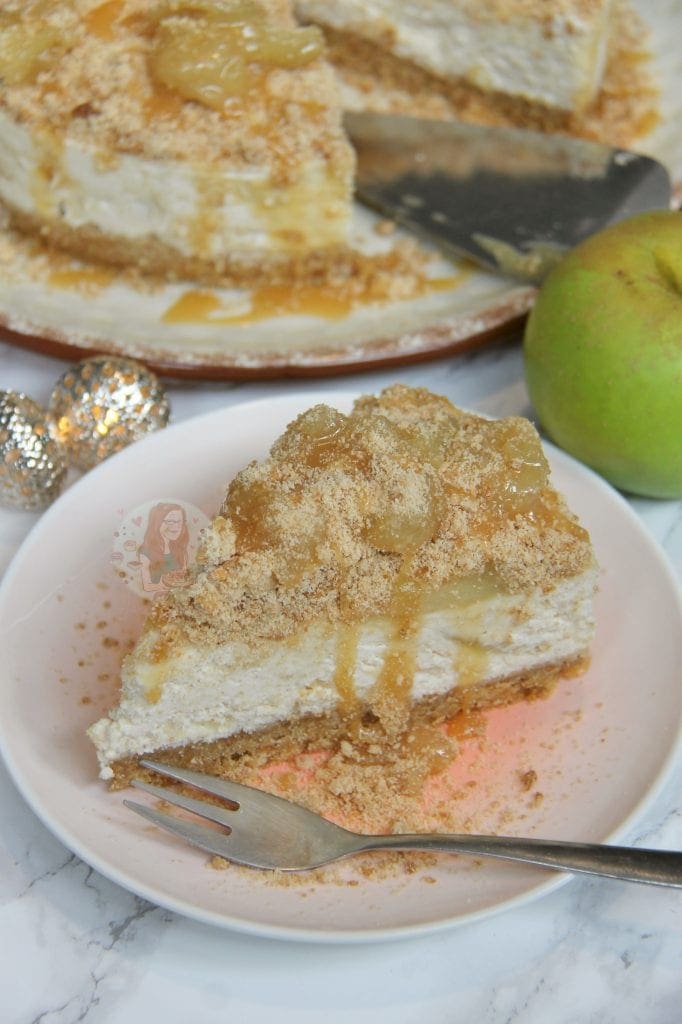 I decided to use Mascarpone for the main part of my cheesecake filling, as its naturally sweeter and delicious. Often when I make a no-bake vanilla cheesecake, I will use mascarpone as its less tart in comparison to Philadelphia and other Cream Cheeses. As the apple can often be quite tart in my mind, I thought it should be married with the mascarpone cheesecake filling and ohmydays it worked so utterly perfectly! To make it slightly more Apple Crumble style however, I did add in a little cinnamon. Yum.

As you can see from my pictures, I drizzled my cheesecake with some Toffee sauce as it made it look better for the pictures, and I just couldn’t resist it. Caramel and apple go together just as well as Cinnamon and Apple do in my mind. Honestly, I just can’t get over this cheesecake because it surprised me so much. I didn’t think it would work, but I’ve tried this recipe several times now and its dreamy. You need to stick with it when the mixture is being folded all together, and its very very important that you drain out the excess liquid from the apples, and fold through the apple chunks rather than mush to help keep it perfect. Enjoy! X 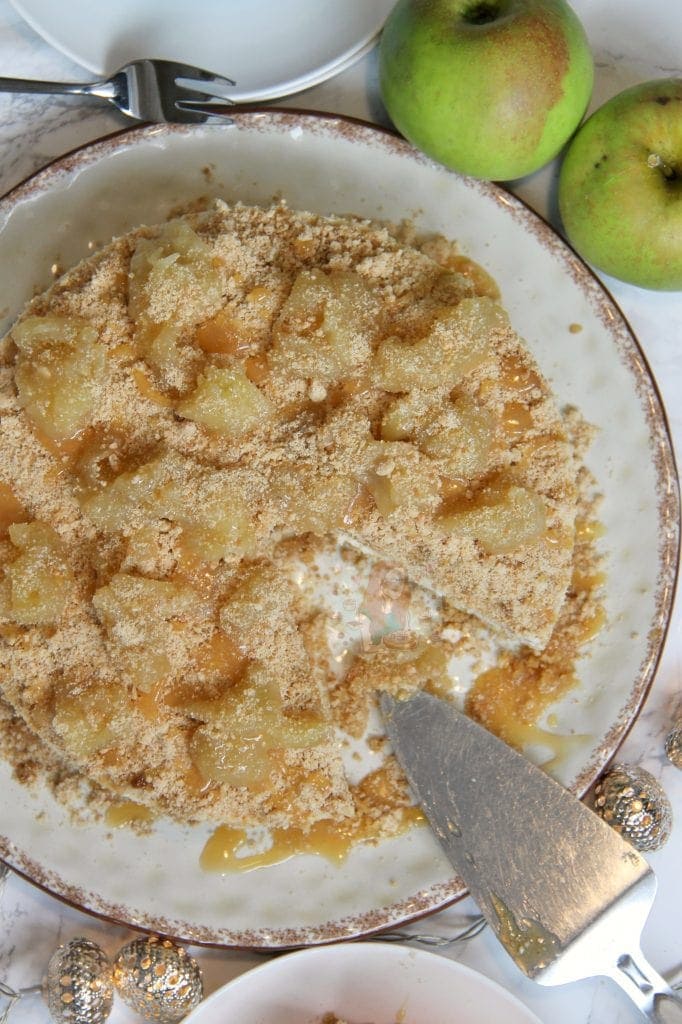 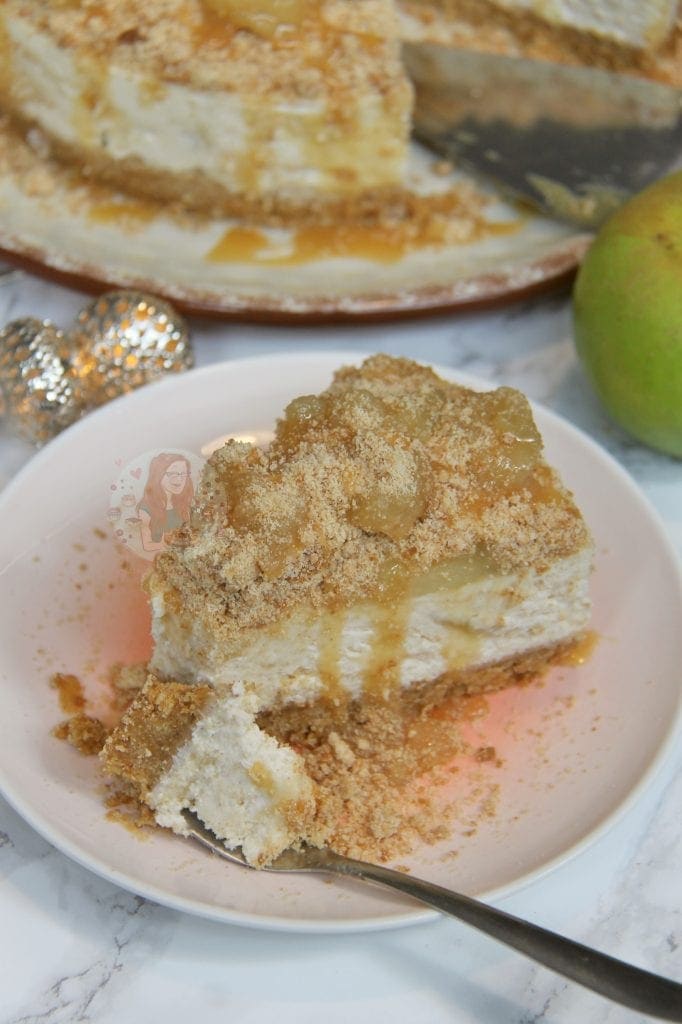 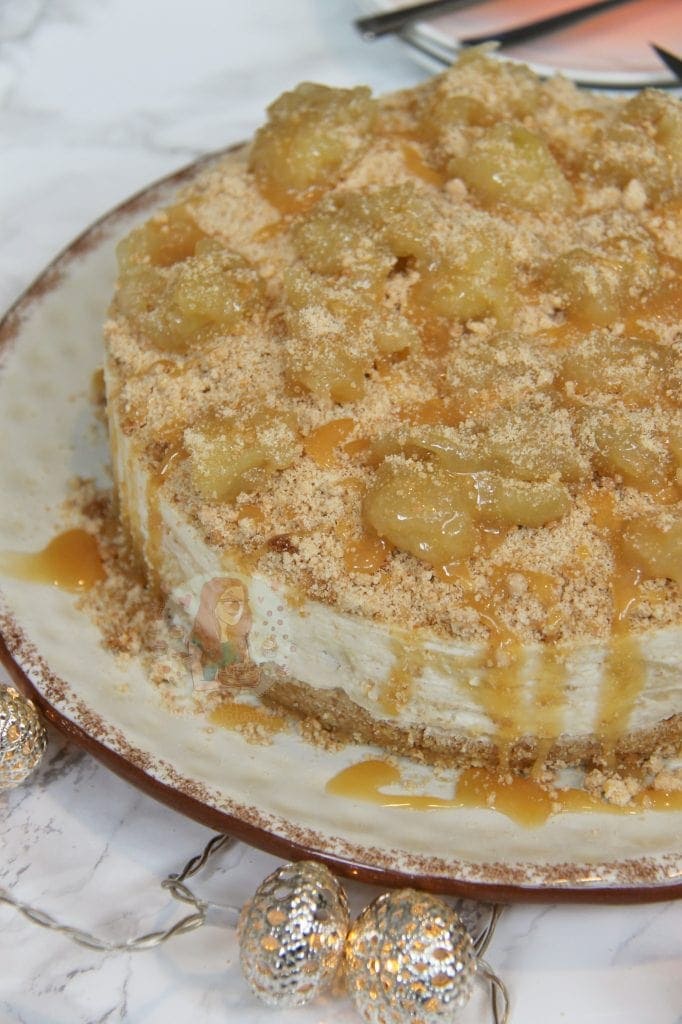 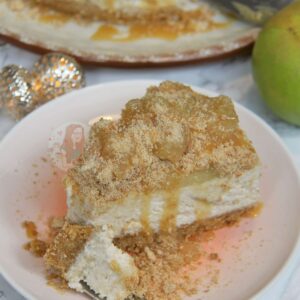 Find my other Dessert Recipes on my Recipes Page!