Easy, Delicious, and oh so Chocolatey.. Terry’s Chocolate Orange Fudge that is SO easy to make you’ll be making it again and again. 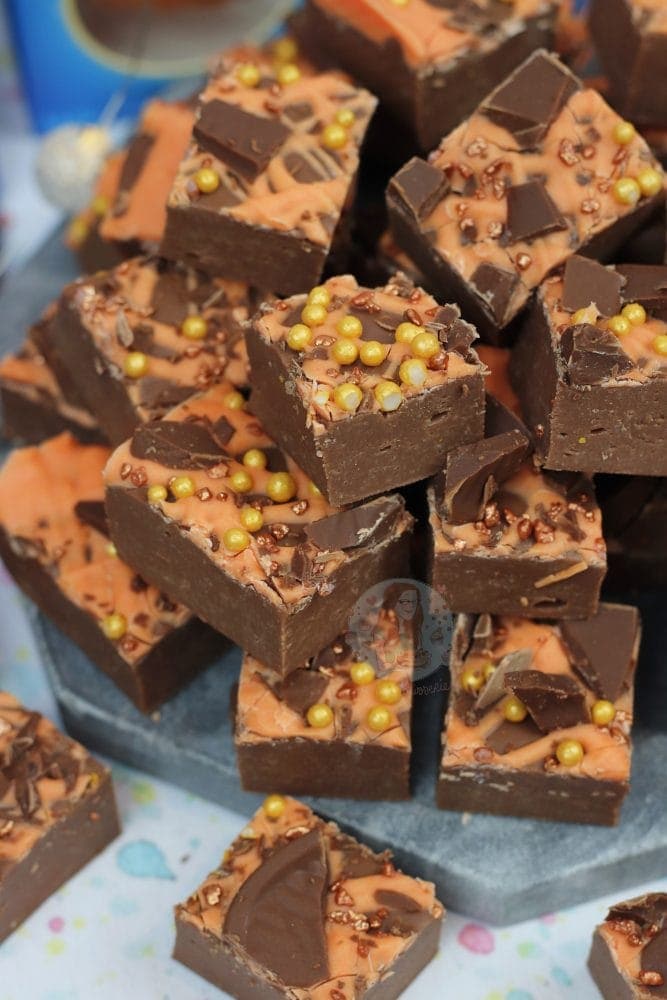 It is HEAVENLY. Like, I struggled to only eat a respectable amount of the fudge to myself. I ended up giving some away for taste tests as I didn’t want to be tooooo unhealthy… but honestly, this is a cake blog… I give up with being ‘healthy’! 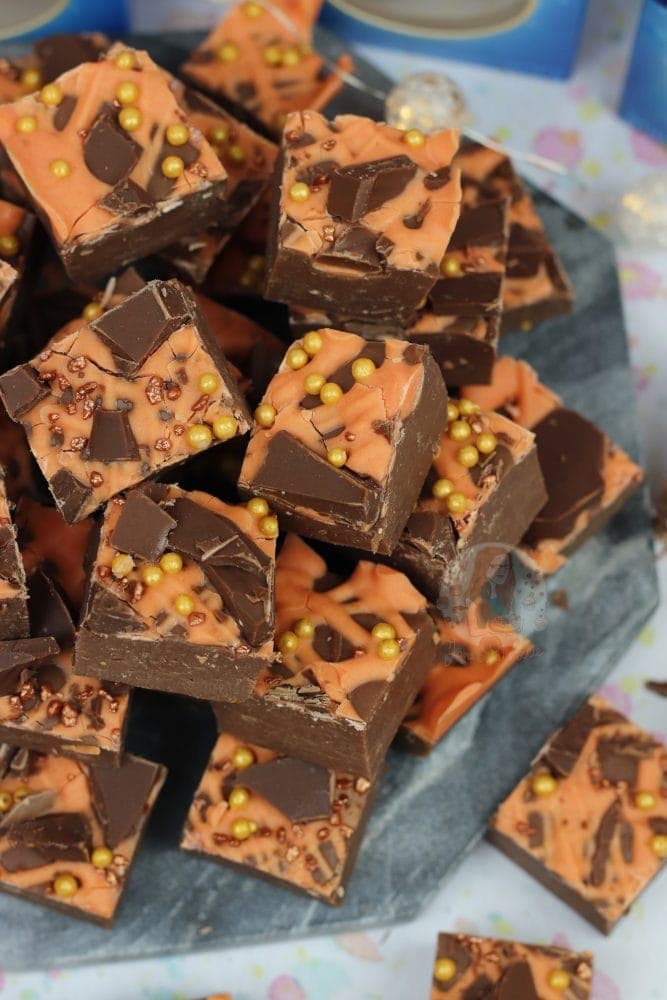 I have again used the classic idea of a Condensed Milk fudge recipe as they are just too damn easy and delicious. I was a bit wary however of trying a Terry’s Chocolate Orange flavoured one as sometimes using Terry’s it can cause a bit of difficulty because of the Orange oils in the chocolate.

For example, I find making a chocolate orange buttercream reasonably difficult sometimes if you want a strong flavour, because its more prone to splitting! However, using it with the condensed milk it worked an absolute charm and was so silky smooth I couldn’t cope. 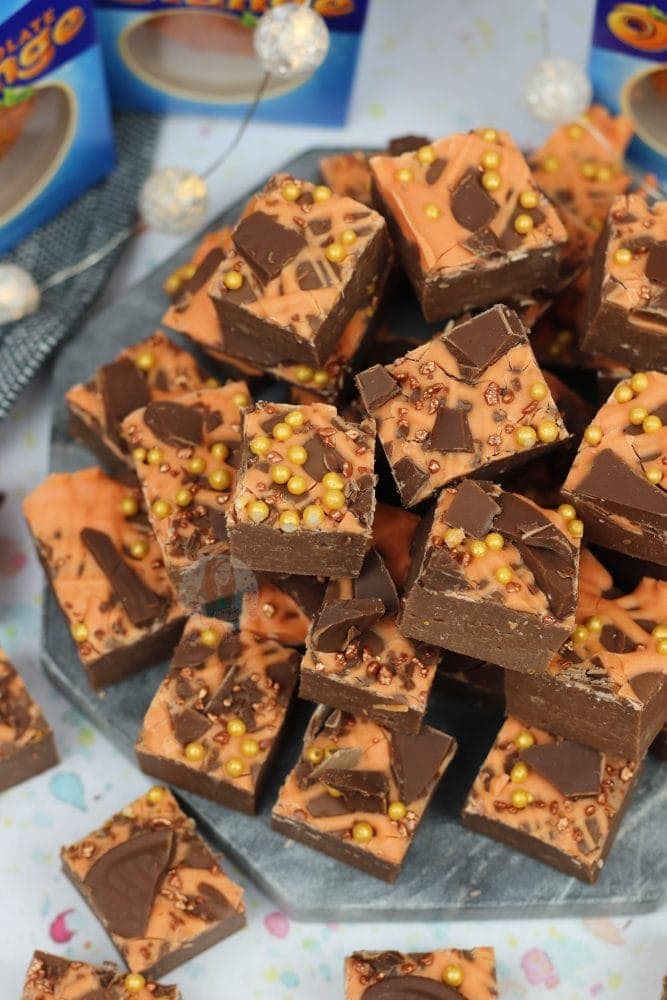 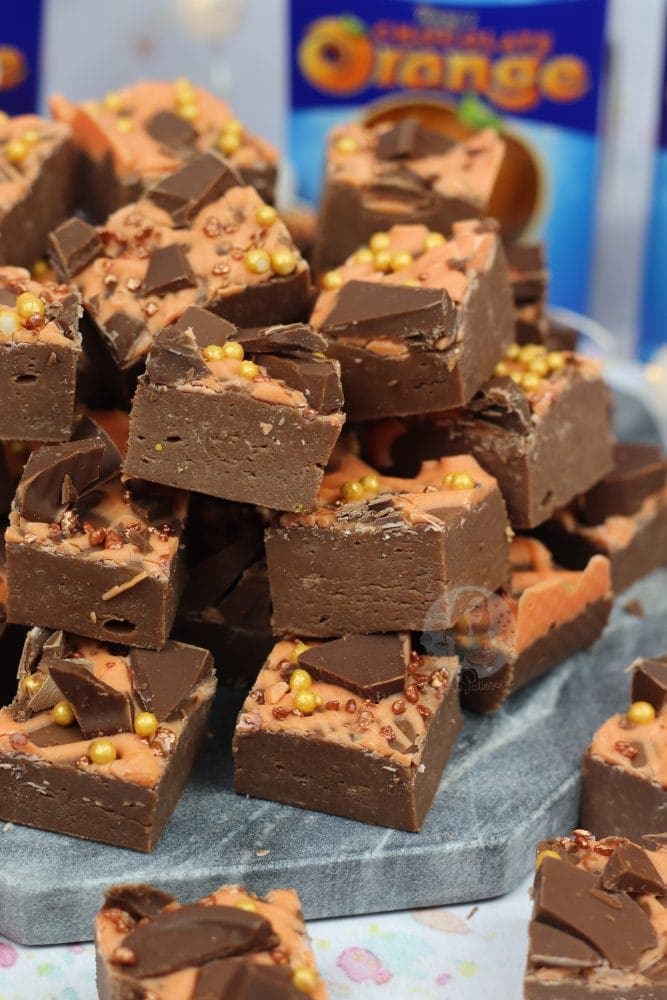 I didn’t feel the need to put anything crunchy into this fudge like I have all of my others, but I would suggest using a crunchy biscuit for example, as using Terry’s pieces would just melt and be a little pointless.

The only slight snag I had with using this chocolate, is that its not obvious as to what it is, unless you decorate it accordingly… so hello orange chocolate drizzle on top! This is of course optional, but i actually liked the flavour of the white chocolate on the top as well. 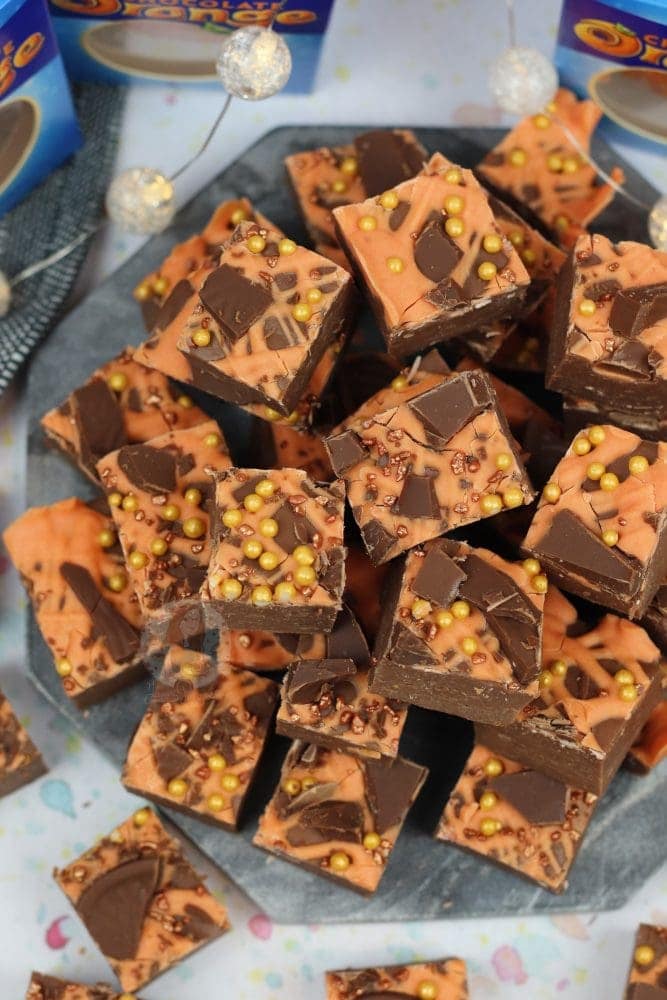 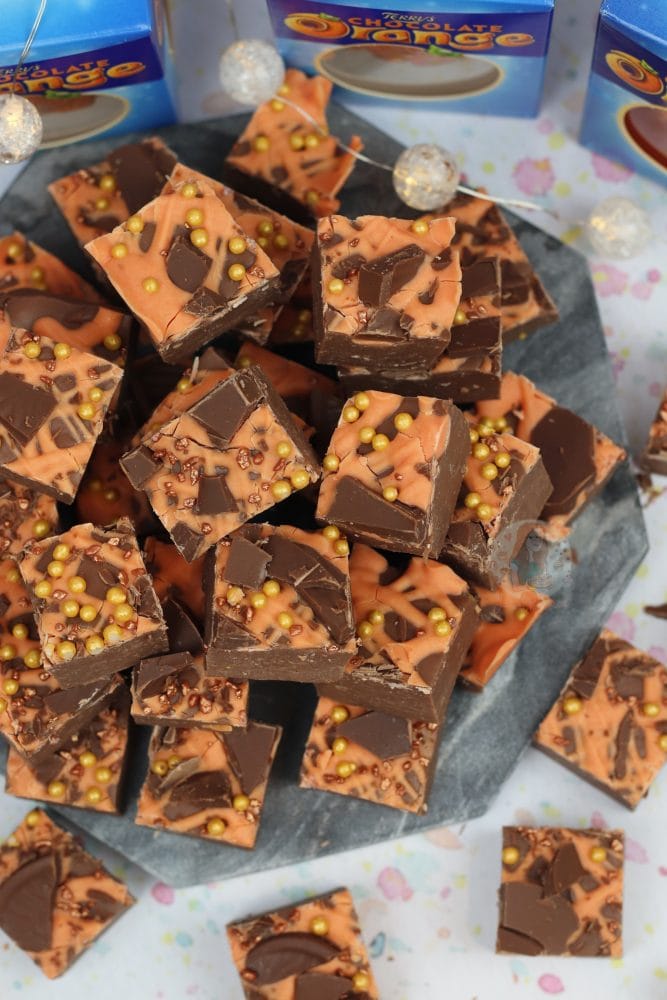 Recipe Updated December 2018 – The reason I decided to update this recipe, was to make it simpler! The original recipe details are listed below, but honestly this is so much easier! Also, it’s damn delicious. As always, the decoration is optional anyway!

Original Recipe – same as it is now, however the 25g butter was added in to the chocolate, and I used 400g, rather than 500g of Terry’s! If you want to make this recipe with regular chocolate, use 500g of Milk or Dark Chocolate, and add in 2tsps of Orange Extract! 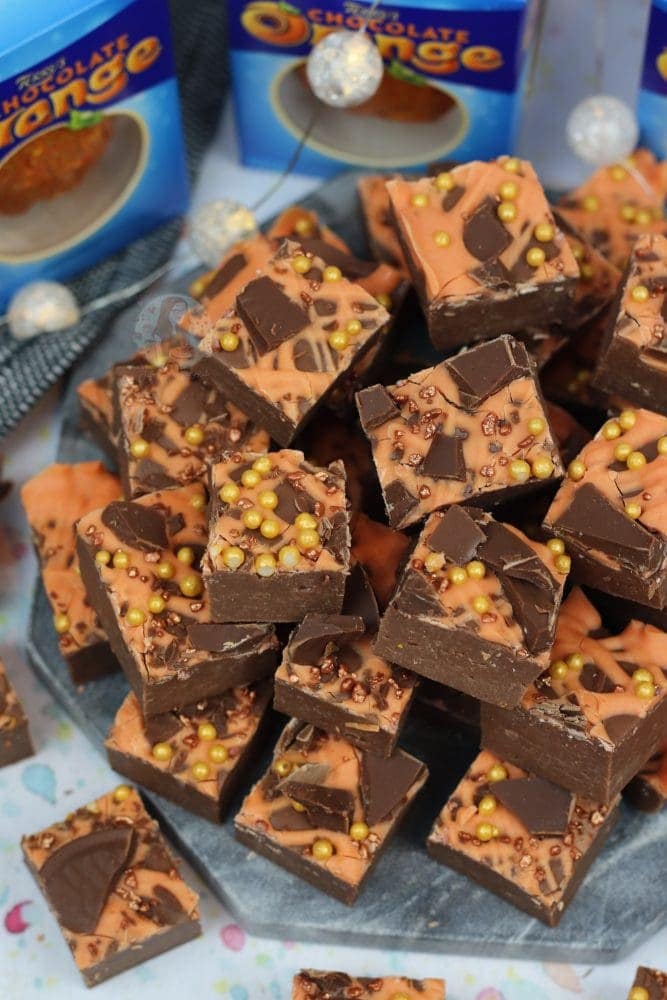 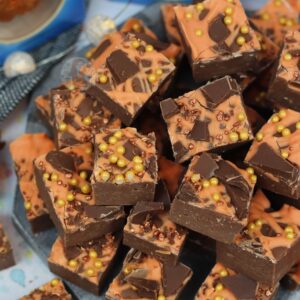 Find my other Sweets & Chocolate Orange Recipes on my Recipes Page!