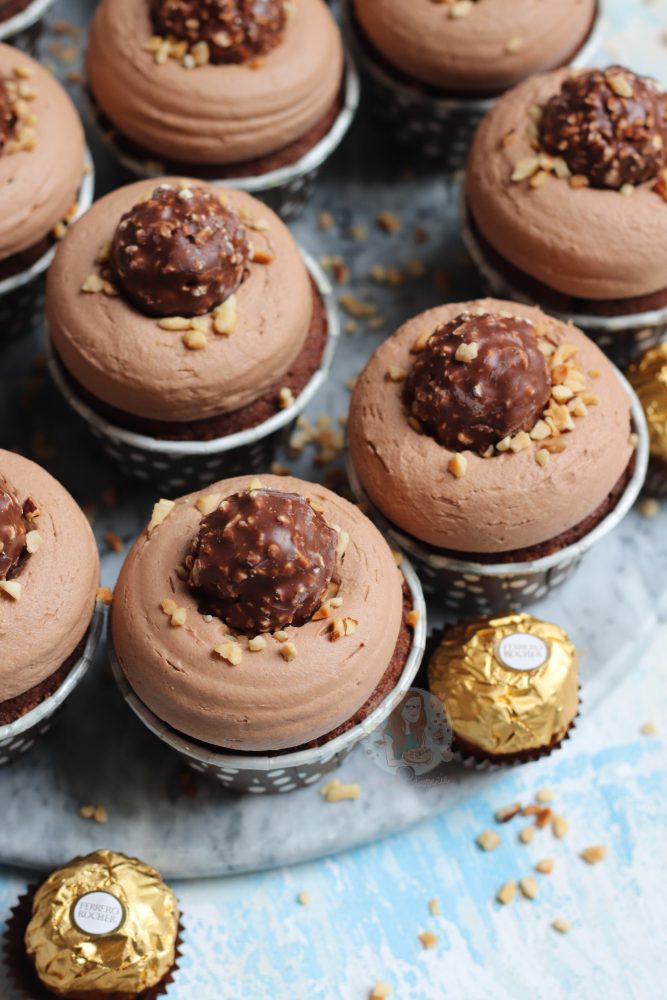 I will admit from the beginning, that you’re not going to like these if you don’t like Nutella. It’s really so simple, because Ferrero Rocher are quite Nutella like… and these guys have Nutella buttercream frosting. I however adore these, because nutty frosting keeps it sweet, but not so sweet its sickly. It kind of gives it a savoury element in a way, but its still deeeelighftul.

These Ferrero Rocker cupcakes are based quite highly on my Nutella cupcakes, and to be honest don’t have much difference other than a hidden Ferrero Rocher, and a Ferrero Rocher on the top of the cupcake as well. However, I still thought I would bake them and post them onto this blog because its quite a highly requested recipe! 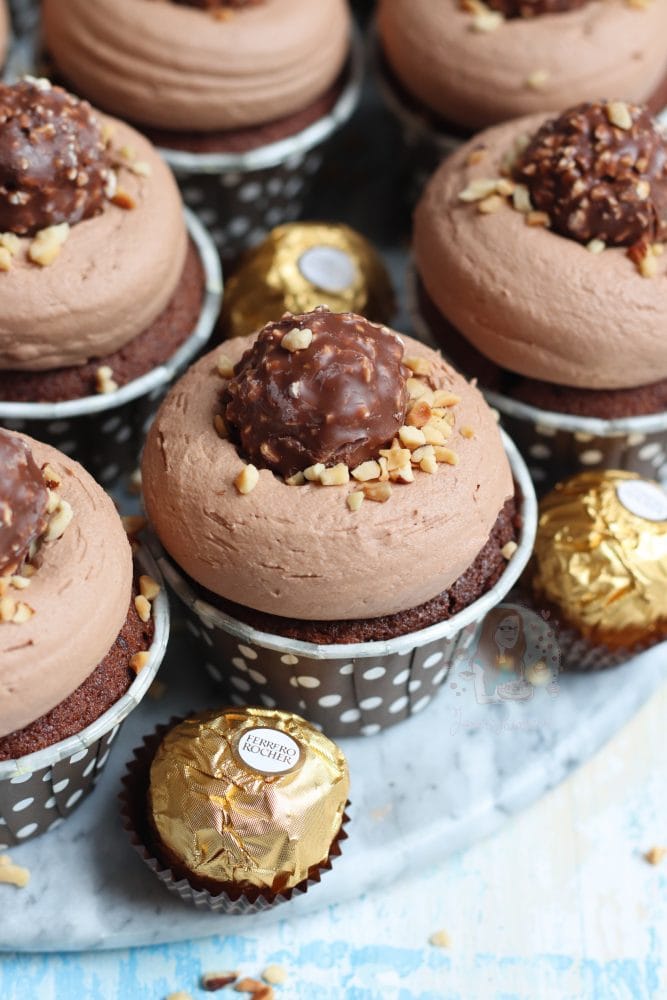 Now, I only ever tend to buy Ferrero Rocher when they’re on offer, otherwise they can be madly expensive. Some boxes are usually like £3.50 for 16 of them, but sometimes the bigger box if £6 and so on. However, when I see a ‘buy one get one free’ offer, I will buy quite a few boxes for future bakes! You can easily use other chocolates that you prefer, or knock off versions of Ferrero, or use less like stated in the recipe.

Sometimes I just want to devour an entire box of Ferrero Rocher to myself, and some can day that baking with chocolates can be a waste of money, but honestly sometimes it just makes bakes even more delicious and delectable. The best kind of bakes as well is when there is a hidden centre of something utterly delicious that you don’t even know about. And in this case, its another Ferrero Rocher! 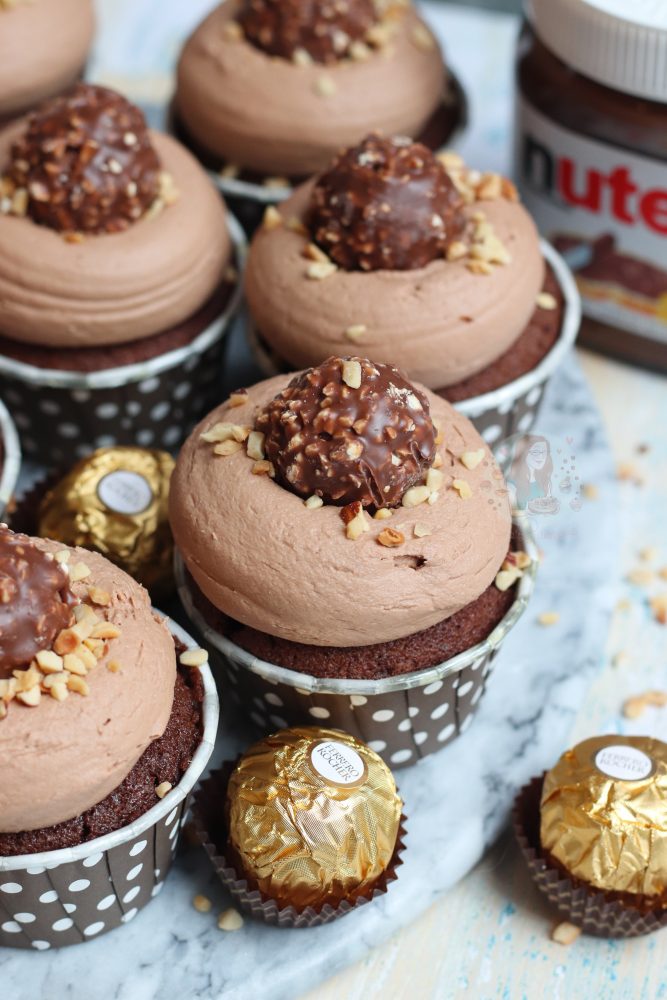 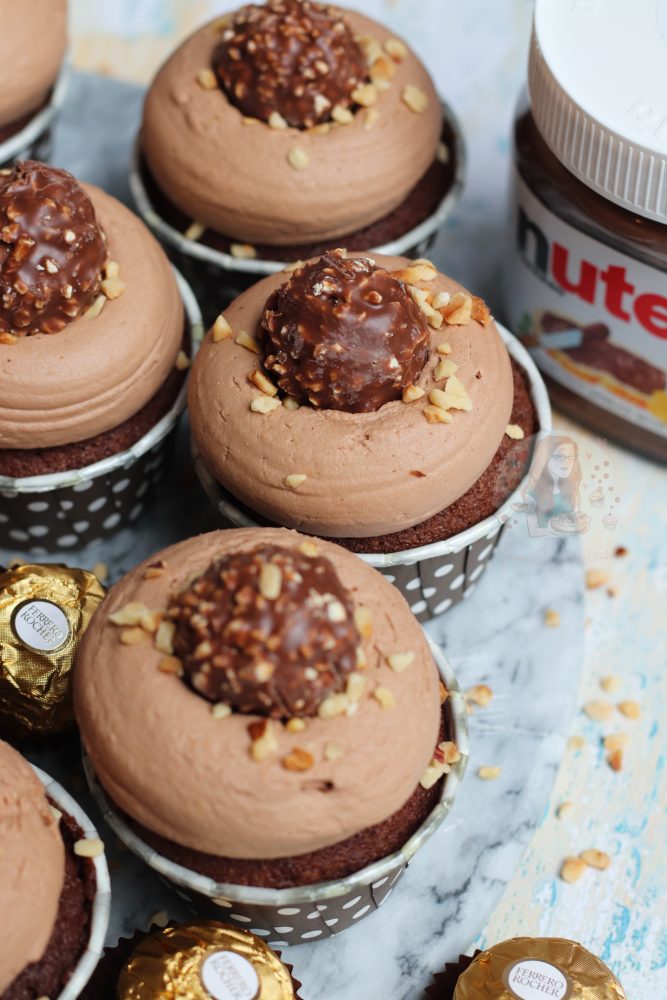 You can easily replace the Ferrero in the middle with a dollop of Nutella if you wanted, by coring out part of the middle and making a hidden centre! Kind of how I do with my millionaires cupcakes, with the hidden caramel centre! Either way, it makes a surprise which everyone is bound to enjoy.

If you wanted to make these cupcakes into a hazelnut flavour, you can easily add in some chopped hazelnuts to the cake batter, like I do in my Nutella cupcakes, or even fold through some Nutella in the cake mix itself, but I tend to find that it dulls the flavour somewhat when baked if there isn’t enough of it. 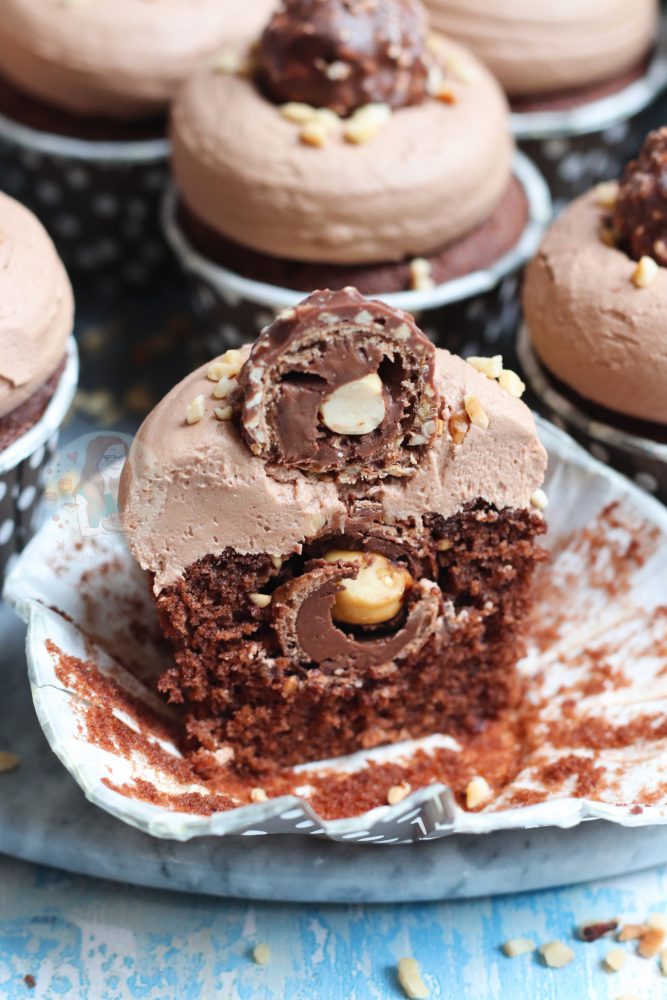 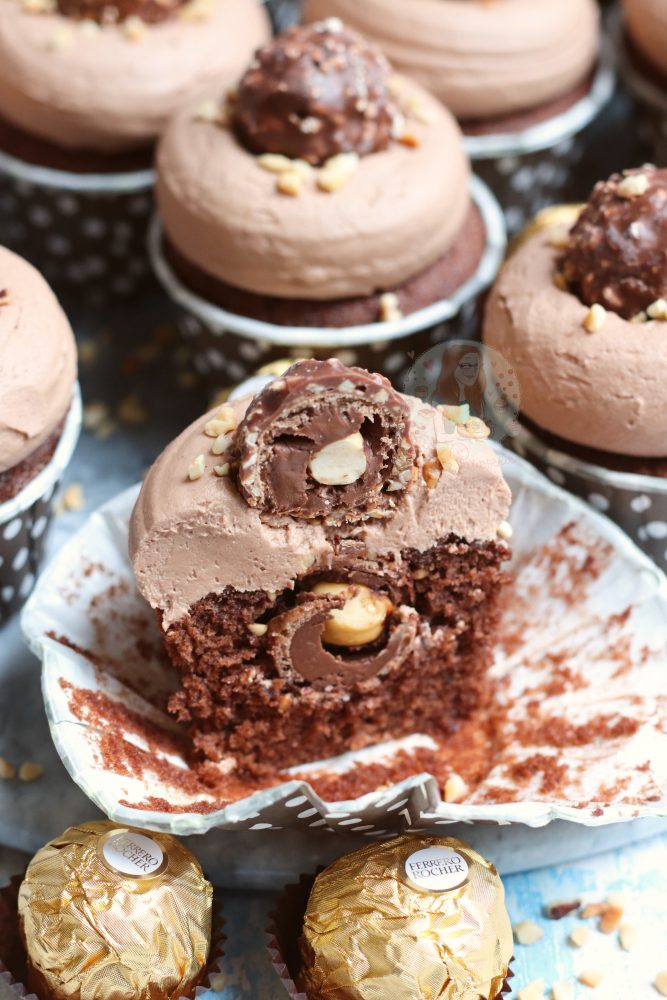 If you are craving something else that is Ferrero Rocher based, or even Nutella, after reading this post and OBVIOUSLY baking the cupcakes, you could try out my Nutella brownies, Ferrero Rocher & Nutella cheesecake, or even my Ferrero Rocher Nutella tart. Basically all of these recipes show how good a marriage of flavours the two are, so enjoy! x 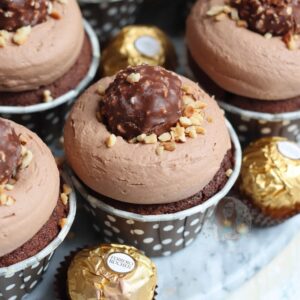